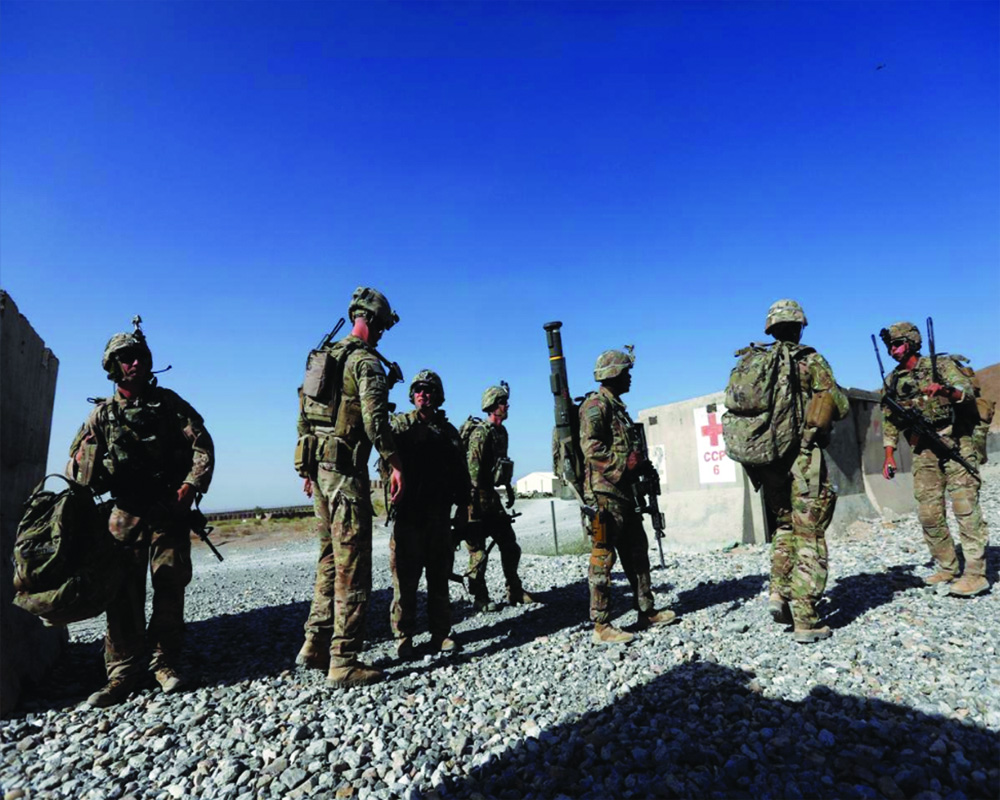 On January 3, 1973, 30-year-old Joe Biden got elected for the first time to the United States (US) Senate. On January 27, 1973, just 24 days later, a face-saving “Agreement on Ending the War and restoring Peace in Vietnam” was signed with full knowledge among the belligerent parties of what was inevitable. This sham “peace accord” enabled the battle-weary US troops to withdraw and the last troops were airlifted on April 30, 1975 — later that day, the US ally in southern Vietnam capitulated and its leader Thieu was left fuming: “The US did not keep its promise to help us fight for freedom. It was in the same fight that the US lost 50,000 of its young men.” Then US President Gerald Ford argued about opening the doors to South Vietnamese who had fought on the US side. However, the young Biden insisted that the US had “no obligation, moral or otherwise, to evacuate foreign nationals”. Biden’s youthful bravado aside, the US troops’ withdrawal from the unpopular war did not end as scripted in the purported “peace accord”.

In 1995, the US troops escorted out the final remnant of the UN peacekeeping force from Somalia even as local militiamen were firing upon the withdrawing force. Banalities from the UN Secretary General, that efforts to bring peace and aid to Somalia would continue, flew in the face of the ground reality of advancing militias. Over 100 UN peacekeepers and 42 US troops had died before the final withdrawal. Importantly, the nemesis of the UN/US force i.e. ruthless warlord General Aidid was still alive, and gaining ground. Expectedly, General Aidid soon declared himself the President of Somalia and a full-fledged civil war broke out. By now, Biden was no longer a wet-behind-the-ears Senator and had already run for the 1988 Democratic presidential nomination. Also, as a longtime member of the US Senate Committee on Foreign Relations, the immediate impact of troop withdrawal from Somalia would not have been lost on Biden.

Cut to 2011. By now the Vice-President, Biden was personally entrusted the task of yet another troop pullout, this time from Iraq (Biden had earlier voted for authorising military force in 2002, then as the Chairman of Senate Committee on Foreign Relations). This withdrawal of 1,50,000 troops when the “enemy” was clearly not defeated, was to prove fatal. It created a sudden vacuum and the Al-Qaida metastasized into ISIS and, within a couple of months, the “caliphate” had emerged over most of the Syrian-Iraqi swathes. A new dimension of global terror, regional upheaval and religious extremism was born — all fingers pointed towards a premature withdrawal of US troops, among other factors. Importantly, Biden had then personally punted on one of the most controversial, sectarian and irresponsible locals, Nouri al-Maliki, to manage the show in the absence of US troops. The troops had to return to Iraq in 2014 to undo the damage of what was clearly a wrong decision to withdraw. Around the same time, Biden was pushing hard for a similar scale-down of the US troops in Afghanistan with a limited mandate of counterterrorism, like proposed in Iraq — however, President Barack Obama heeded the counsel of his Generals, who suggested otherwise.

In 2021, President Biden has inherited Donald Trump’s decisions for complete withdrawal of US troops from Afghanistan and Somalia where, yet again, the “enemy” in the form of Taliban (and affiliates) and Al-Shabab, respectively, is waiting menacingly. Somalia withdrawal has already happened and the ravaged territory is again left precariously poised. Afghanistan as the hub of regional/global terror has an altogether different portent at stake. Clearly the deadline for complete withdrawal of the troops by May 1, 2021, is staring in the face for the force of about 2,500 troops (down from 1,00,000 in 2011) and the conflated “peace agreement” with the Taliban that underwrites such a withdrawal, remains routinely and supremely violated. The surge of marauding Taliban towards an embattled Kabul continues and herein to assume that 2,500 US troops would be able to withstand pressures that a one-time composition of 1,00,000 could not — let alone the situation when even this miniscule element departs as planned — is disastrous.

The practical logic of “counterterrorism level” presence does not hold good, as vetted by history. Blind adherence to commitments without assuming inevitabilities will deligitimise the cost in terms of lives lost, resources and rationales invested in the last 20 years, besides affording a terror-based sovereign. A recent bipartisan US Congress-appointed Afghan Study Group has concluded a damning assessment of the Taliban’s own commitments towards conditionalities so far, and forewarned of impending bloody civil war, therefore suggesting the abandonment/extension of the May 1 timeline. Biden must be guided by his memory and experiences of the earlier US withdrawals and the subsequent costs to the US. Its global interventions have rarely succeeded, however, leaving mid-course has always made situations worse. Timing is everything and, as things stand in Afghanistan, currently it looks ominous. Biden must rethink withdrawal commitments and imperatives in Afghanistan — personal experience should advise him so.