Reasons for dearth of Muslim leaders

Reasons for dearth of Muslim leaders 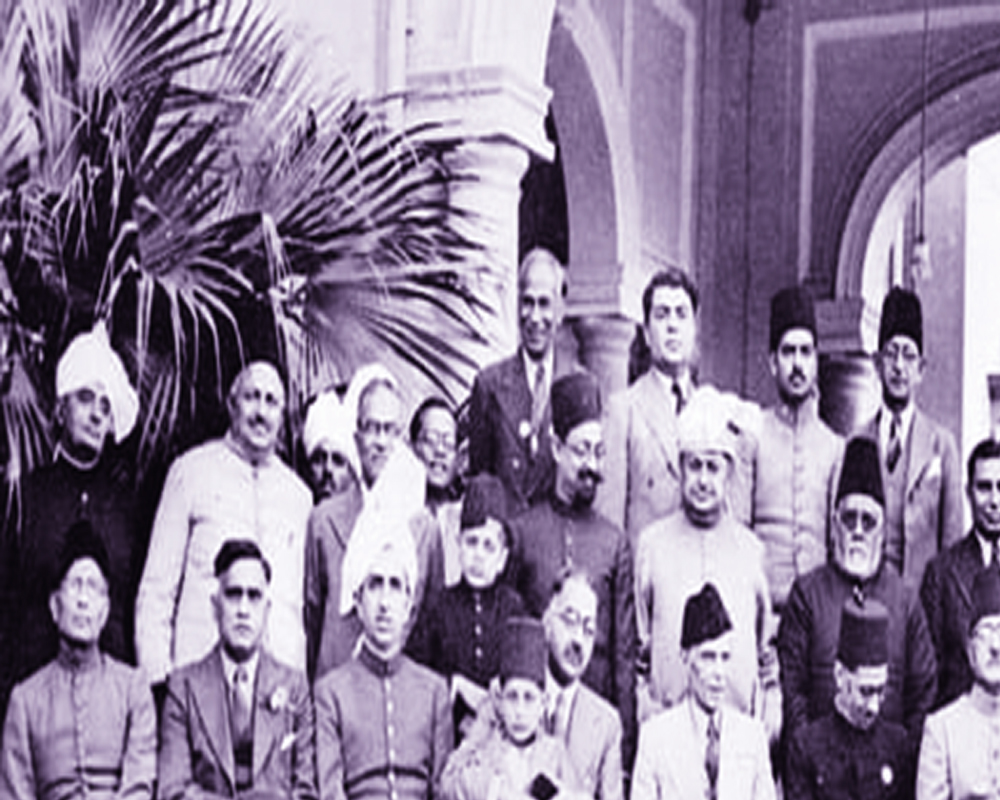 Since 1762, a number of Muslim chieftains showed the spark with some good ideas but could not command the increasing followers

Salman Khurshid’s defence of what he said about Hindutva as well as others defending him brings out a stark fact. Muslims of the subcontinent have failed to throw up a leader of stature since Akbar, the Mughal emperor. Akbar showed the way of integrating with the rest of the populace. He conquered territory after territory, consolidated his empire and ruled for five decades. He made it possible for his successors to rule well for a century and poorly until 1762.

Thereafter, the British began to rule for nearly two centuries, with a number of Muslim chieftains who had ideas but could not command the increasing followers. Sir Sayyid Ahmad Khan was a sincere officer who pleaded for educating Muslim youth but could not go beyond Aligarh and declaring that Hindus and Muslims were separate nations. Justice Ameer Ali was the first Indian High Court judge but migrated to England after he retired. Maulana Muhammad Ali was active and imaginative but he was obsessed with retaining the Caliph on the Turkish throne. It was his uppermost priority and he died too early to have greater influence.

Poet Iqbal wrote an extremely popular song, or tarana — Saare jahan se achcha Hindustan hamara — which Indian military bands play with alacrity even now. However, upon returning to India after a long tour of Europe, Iqbal underwent a revolution of mind and sponsored a division of India into the northeastern provinces and the rest. In short, he sponsored a confederate partition of India; he became a separatist.

Chaudhary Rehmat Ali, a Cambridge scholar, coined the name ‘Pakistan’ and did little else. Thereafter followed Qaid-e-Azam Mohammed Ali Jinnah, who was a true secularist until he arrived at the parting of ways with Gandhiji at the Calcutta plenum of the Congress in 1928. Earlier, popular Congress leader Sarojini Naidu described Jinnah as the “best ambassador of Hindu-Muslim unity”. He regularly wore lounge suits, never chudidar pyjamas and sherwani, which were mostly tailored at Saville Row London, the world’s best for men’s clothes. He became used to a peg or two of whiskey after sundown and enjoyed pork sandwiches in the afternoon. He did not know how to perform the namaz and seldom prayed any other way. This is according to his brother Ahmed, who was my grandfather’s friend who resided at 401, Girgaum Road, Bombay. According to him, they were culturally Parsee; Mohammad married a Parsee, Ruttie Petit. Their daughter married Sir Neville Wadia.

Jinnah, in Gujarati, means tiny, which was his grandfather’s name. When he converted from the Lohana, a Hindu caste, he continued being called Jinnahbhai but returned to India as Jinnah. He became a barrister in two years but was too young to be awarded the recognition. He had to stay back for two more years. He had learnt many an English habit and had no interest in religion.

On being sidelined by Gandhi in the Congress, Jinnah went away to London to continue his law practice and became arguably the highest paid barrister across the British Empire. He had bought himself an impressive mansion in Hampstead in north London. In 1934, the Muslim League began persuading him to return to India because the party had become moribund. On the assurance that he would be made president for life, Jinnah returned to Bombay. He dictated terms to the League, whose other leaders did what Jinnah said. When the party did not do well in the 1937 elections, he decided to blow the bugle for Pakistan on March 22, 1940. To quote from his speech: “The Hindus and Muslims have different religious philosophies, social customs and literatures. They neither intermarry nor interdine and, indeed, they belong to two different civilisations which are based mainly on conflicting ideas and conceptions. Their views on life and of life are different. It is also quite clear that Hindus and Muslims derive their inspiration from different sources of history. They have different epics, different heroes in different episodes. Very often, the hero of one is a foe of the other and, likewise, their victories and defeats overlap.”

The point we are stressing is that Muslims find it difficult to throw up a tall leader. Jinnah was successful in getting Pakistan but he played the role of a brilliant advocate rather than a leader. The only beneficiaries of Pakistan were a few migrants from UP, a few Gujarati businessmen from Bombay and the Punjabis who still dictate to the rest of their country centred around Lahore. The majority of Pakistanis went with Bangladesh. The rest feel that they are under Islamabad’s heel. Yet, more Muslims remain in India than in Pakistan. Their economy is in a shambles. It is still agrarian, if not also backward. The Khyber Pakhtunkhwa province and the hill districts are in the 19th, if not the 18th, century while Sindh is unhappy and Balochistan wants to secede.

Incidentally, another beneficiary of Pakistan was Jinnah who established his place in history as the founder of a nation. What is the reason for the paucity of leadership? Is it the comprehensiveness of the scriptures? Have they covered all aspects of life?