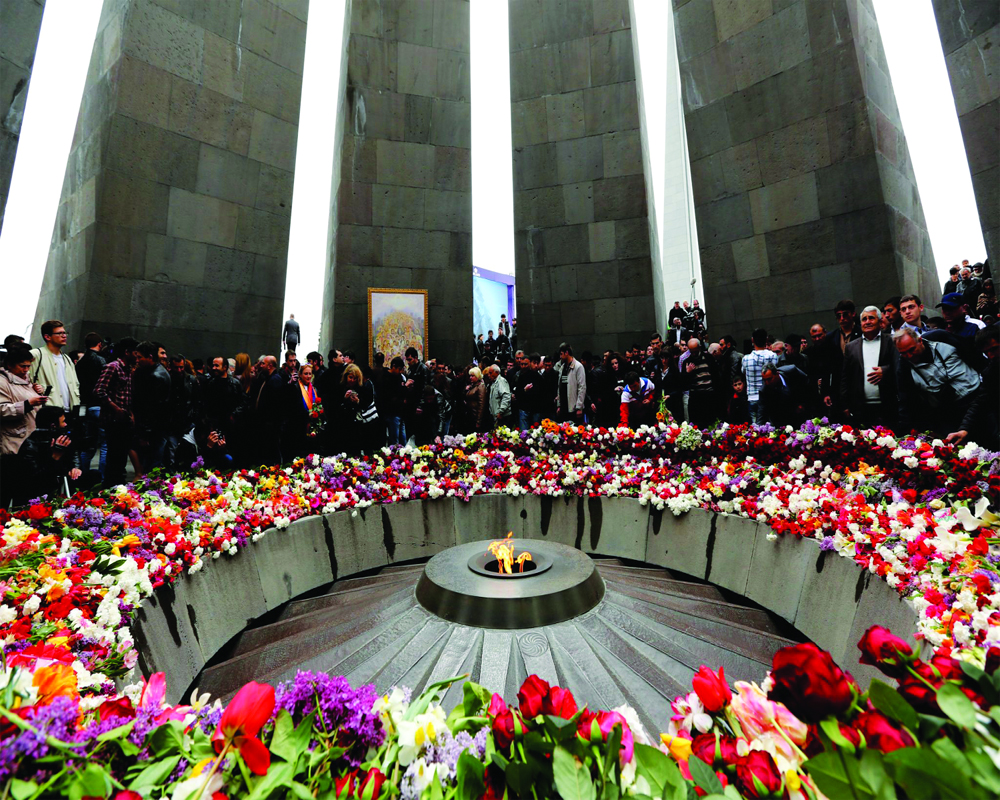 The US has formally acknowledged the 1915 genocide but, for obvious reasons, Turkish President Erdogan isn't happy about it

Belatedly but formally, the US has recognised the Armenian Genocide (1915-17). President Joe Biden, on April 24, 2021, recalled how “one-and-a-half million Armenians were deported, massacred or marched to their deaths in campaigns of extermination” in Ottoman Turkey. Turkish President Recep Tayyip Erdogan, along expected lines, has deplored the American stand. Calling it “opening a wound that’s hard to fix in our relations”, Erdogan has appealed for reversal of the genocide recognition.

Turkey, an important NATO member, has always been dismissive of the Armenian genocide allegation. In the past, the US had refrained from antagonising its stalwart ally. On February 28, 1990 — in the face of a vigorous opposition by Turkey — the Senate blocked a resolution proposed by Senator Bob Dole calling upon the US Government to commemorate the mass death of Armenian civilians during World War I. The demand resurfaced six years later when a group of 100 prominent American scholars and writers signed a petition dated February 2, 1996, that dubbed the “denial of genocide as the final stage of genocide”. This petition resulted in a hearing on the “History of Armenian Genocide” before the Committee on International Relations, the House of Representatives.

Levon Marshalian, a professor of history at the Glendale Community College, California, appearing as a witness before the Committee, reminded it how the genocide was acknowledged in contemporaneous Turkey. In 1919, the National Congress of Turkey had accepted overwhelming evidence provided by the US on the genocide. It had declared that the “guilt” of the Turkish officials who “conceived and deliberately carried out the infernal policy of extermination and robbery is patent”. The official Turkish gazette, Takvimi Vekayi, published the verdict of post-war Ottoman trials of those officials. The Turkish court ruled that the intention of the Ottoman leaders was “organisation and execution” of the “crime of massacre”. In 1951, Turkish poet Nazim Hikmet had described those incidents as a “black stain on the forehead of the Turkish people”.

In 1933, Austrian-Bohemian writer Franz Werfel wrote The Forty Days of Musa Dagh (originally in German) which focuses on self-defence measures taken by a small community of Armenians living in Musa Dagh, a mountain vilayat (province) of Aleppo, southern Turkey, against the Young Turk Government’s marauders. It was adapted into a film in 1982.

America’s insular character in the pre-World War I era notwithstanding, Americans have been vocal about the ordeal of Armenian population in the Ottoman Empire even in the 19th century. In 1896, Reverend AW Williams of Chicago, in collaboration with MS Gabriel of the Armenian Patriotic Alliance in New York, produced a tome Bleeding Armenia: Its History and Horrors under of Curse of Islam. The same year, Frederick Davis Green conjured up the horrors inflicted on Armenians in Armenian Massacres of the Sword of Mohammed.

But such “thrilling accounts of terrible atrocities and wholesale murders committed by Mohammedan fanatics” were demonstratively coloured by religious prejudices. The authors were no less actuated by the desire of quick sale of those titles than by Christian piety. However, Ambassador Morgenthau’s Story (1918) by Henry Morgenthau, the US Ambassador to the Ottoman Empire (1913-1916), is considered as the first definitive report on the Armenian genocide. Morgenthau was Jewish who could not be suspected of Christian susceptibilities.

In earlier times, the Christian subjects of the Ottoman Empire were not allowed to bear arms. They were easy targets of butchery, rapine and rape by the Turks. However, the Young Turk Movement (July 1908) that liberalised the Ottoman Government also gave the Christians the right to bear arms. Every Turkish city contained thousands of Armenians, trained as soldiers and possessing weapons. Therefore, the massacres during World War I attained a character of warfare than wholesale butcheries of defenceless men and women.

The Armenian genocide tells more about Turks than about Armenians. It reveals how the transformation of a Caliphate into a ‘secular’ republic in Turkey promoted racial exclusiveness rather than fostering tolerance, inclusivity and the rule of law. While secularism stripped the Christian subjects of the autonomy of millat, enjoyed under the Ottoman emperors, it failed to accommodate them as equal citizens. While it is still possible to speak of “Arab Christians” (despite the ordeal of Christians in Arab States), it is never possible to speak of “Christian Turks” even though Kemal Ataturk founded the nation-State of Turkey on the ideals of secularism. The extermination of the ancient Greek community in Smyrna by the Young Turks in September 1922 —described by George Horton in The Blight of Asia (1926) — was another tragedy comparable to the Armenian genocide. The foundational legacy of the modern republic often returns to haunt Turkey. No wonder, Erdogan wants to shelve the debate on Armenian genocide.