Reforms in the mining sector need to be reviewed

Reforms in the mining sector need to be reviewed 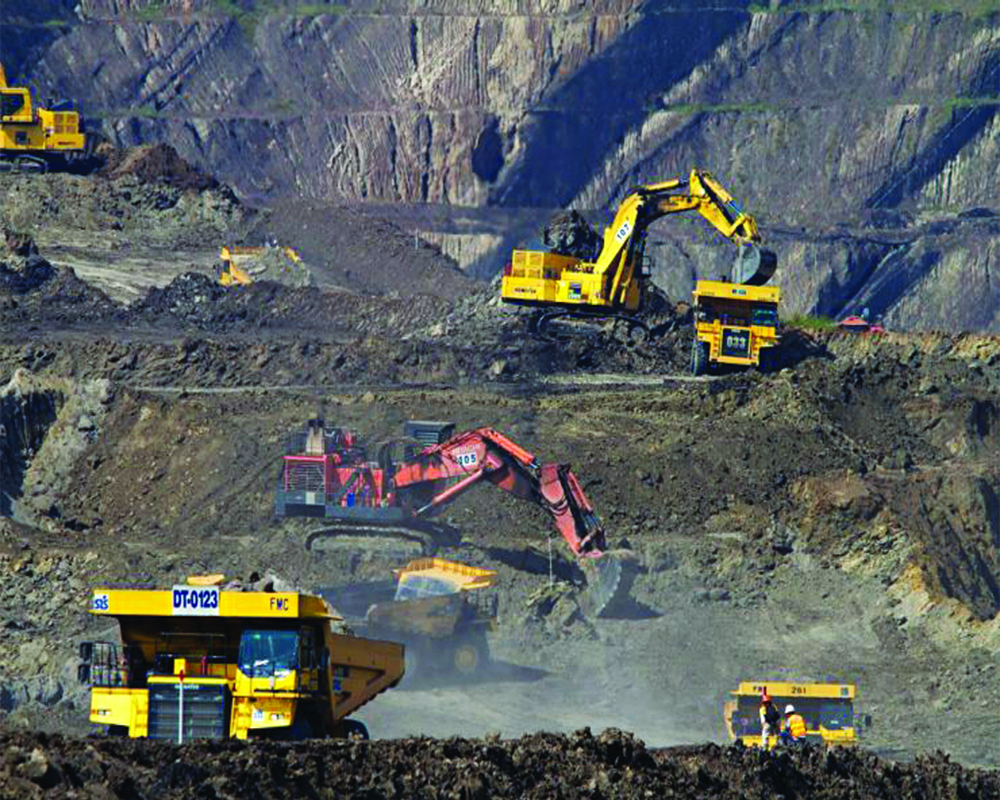 Mining has been a critical economic activity since  pre-historic times and is closely linked with the development of human civilisation. In the modern world, mining has become central to the industrial progress of  nations. India is a resource-rich country and mineral deposits are found over 17 per cent of the geographic area of the nation. However, the mining of major minerals is spread over only around 3.258 lakh hectares as per the annual report of the Ministry of Mines for 2020.

The growth of industries is linked to the efficiency of our mining operations. The progress in the production of steel, automobiles, the shipping industry, the railways and ports and so on, is directly linked to the productivity of the mining sector. Besides bringing economic progress mining provides employment to a large number of unorganised sector workers and the rural population. It provides direct employment to over one crore people and helps more than five crore earn their livelihood.

However, there are negative impacts of mining as it destroys the soil, causes severe environmental damage and pollutes the water bodies and rivers and adjoining agricultural fields.

The mineral extraction operations have been in the eye of a storm for decades as  environmentalists have accused the mining companies of illegal prospecting. The Supreme Court intervened and issued directions to set mining on the right trajectory, especially in the Sates of Karnataka, Odisha and Goa. The apex court’s appointed task force for Environmental Impact Analysis of iron ore mining in Karnataka during 2011-12, recommended steps for scientifically-sound and environmentally-sustainable mining practices. This included a futuristic plan of action for the next 50 years and the creation of a District Mineral Fund for the development of mining-affected areas.

Prime Minister Narendra Modi soon after coming to power in 2014, declared that mining sector reforms would  be the priority of the Government. The emphasis was to increase the contribution of mining to the Gross Domestic Product (GDP) from 1.75 per cent to 2.5 per cent.  The total value of production of the minerals for  2019-20 was estimated to be Rs 1,23,588 crore and 49 per cent of it was for metallic minerals and the rest was for  minor minerals. However, in terms of growth, there is a decline of three per cent over last year’s figures of 2018-2019.

For the first time, the Centre has decided through the Mines and Mineral Development and Regulation Amendment Act, 2015, and again in 2020, that all future new mining or old lease renewals will be through auctions. The Government again amended the Act this year with the aim to streamline the renewal and auction process.

This amendment allows captive miners of both coal and other minerals to sell up to 50 per cent of their production after meeting the requirements of the end-use plant and on paying additional royalty to the State Government. These changes were brought about after the Government approved the National Mineral Policy in February 2019.

The auctions of mines has increased the revenue of the States and brought a sense of transparency and competition in the allocation of the mines. To safeguard the interests of existing lease holders the right of  “first refusal” has also been introduced. In the coal sector, most of the private operators have welcomed the end of Coal India’s monopoly.

The Federation of Indian Mineral Industries (FIMI) which is a confederation of mine lease holders has, however, criticised auctions on the grounds that this has seriously hampered the growth of the mining sector.

It said: “Auctions have neither served public good nor led to fair allocation of resources, as the sole focus is to maximise revenues for the States. This has adversely affected long-term mineral development in the country and socioeconomic benefits in mining areas. Auctions did not prove to be as transparent or fair as was thought.”

Many lease holders are not able to compete with the captive mine owners in terms of resources. The overall impact according to FIMI is loss of production as before 2015 as many as 494 Green Field Mines were in operation but after 2015 only 28 Brown Field Mines are in operation. Today, many working mines have stopped operations, resulting in loss of jobs and more dependency on imports.

The Government, however, is upbeat about the reforms. They are a mixed bag and have done well in liberating the coal sector, bringing transparency in mines’ allocation, mobilising funds for development of villages and have increased revenue for the State Governments.

It is also equally true that poorly-conceived reforms have led to disruption of mining operations, leading to stagnation in the sector. It will be prudent, if the reforms are reviewed and done in such a way that both, the individual mine owners and the captive mine owners, are the winners.  It is vital to strike a balance so that the country’s vision of 200 per cent increase in mineral production is achieved in the next five years.

The writer is Chairman, Centre for Resource Management and Environment. The views expressed are personal.