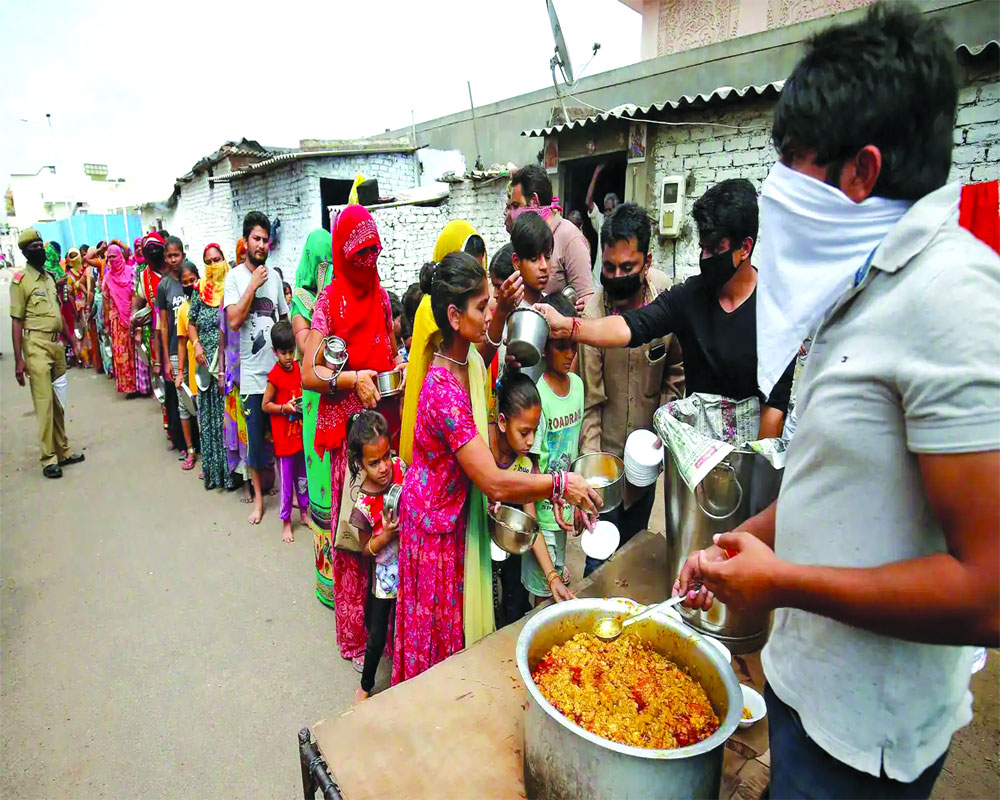 Despite the Corona setback, the motivation to overcome hardships shall emerge simply from the spirit of serving fellow human beings

The true character of a people and nation reveals itself only in the toughest of times. India is going through such a phase and, sadly enough, instead of presenting a picture of national unity and socio-religious cohesion, the political class that had tasted power in the past and has been unseated by the electorate, is using the Corona crisis as an opportunity to reverse its fortunes. Those in power are, obviously, busy managing this crisis of unprecedented measure and magnitude; all they are getting from their political opponents is ridicule, allegations and accusations. The political scenario is indeed depressing for the common people who are suffering on so many counts due to the epidemic and its impact on practically every sector of human activity.

This has attracted international attention and painted Indian democracy in poor light. The Corona crisis, particularly in April-May 2021, weighed very heavily on India and its people. The inadequacies of the health infrastructure, as also the systems of public service and governance, have revealed distressing deficiencies. There were heart-wrenching reports of people dying in ambulances and even outside hospital gates. In the 21st century, should even a single life be lost simply because of non-availability of medical oxygen? It certainly was serious mismanagement, lethargy and lack of commitment.

But the extra efforts put in at every level to tide over the crisis also deserve to be noticed. We have the ingenuity to produce medicines and vaccines, distribute better and ensure adequate availability. If the mishap was an outcome of systemic complacency and unconcern, these shall have to be wiped out completely from the work culture in future. The Corona crisis shall certainly transform human approach to life, the nature of human interactions and re-establish the criticality of man-nature relationship. The economic, social and cultural implications of the pandemic are being assessed all around.

The motivation and the will to overcome the impediments shall emerge from numerous instances, initiatives, acts and actions that were ignited simply by the spirit of serving fellow human beings, in the realisation of the “essential unity of all human beings”. As one looks around, one finds great examples of courage, dedication and commitment to the cause of helping the needy. Working in conditions of severe deficiencies, they are great examples of human empathy and compassion. Think doctors, paramedics, police personnel, railways, teachers and other public servants, they all rose to the occasion, at the cost of grave personal risk, and hundreds of them sacrificed their lives.

Democracy depends on the dexterity-imbued dialogue. Unfortunately, all this unequivocally emphasises the need for continuous, productive dialogue among the political parties, among those in powers, and out of it. There ought to be no hesitation in mid-course correction. The absence leads to instances of political immaturity, which are injurious to the polity. One of the former Chief Ministers, a fairly well-educated young person, thundered he would not get vaccinated since it was a party vaccine! Now, he is among those demanding free vaccine to all. Apparently having realised his folly, he could have been advised by someone that consistency is not a value that must be adhered to, even if the fallacy becomes obvious.

On April 29, 1933, MK Gandhi in an article in the Harijan stated: “I am not at all concerned with appearing to be consistent. In my search for truth, I have discarded many ideas and learnt many new things…when anybody finds any inconsistency between any two writings of mine, if he has still faith in my sanity, he would do well to choose the later of the two on the same subject.” He said so as he had “not ceased to grow inwardly”. This instance has great relevance not only for the particular person indicated, but also to all other ambitious young persons in politics.

Indian politicians must realise that elections are important, that winning is important, but this alone is not democracy. Most important is the public acceptance of its credibility. This they could comprehend if they practice aparigraha and, for that, the guiding light could come from Gandhi: “All humanity is one undivided and indivisible family, and each one of us is responsible for the misdeeds of all of the others.” A person becomes a personality only when he moves out of his own self and starts internalising his obligations to others. It was beautifully articulated by Einstein: “A person starts to live when he can live outside himself”.

Corona has clearly established before every human being and every nation that, for it, every human being is just one more target. And therefore, it could be confronted only through coordinated global efforts; no nation, no race, no religion can do it in isolation. It is so succinctly articulated in the words of HH Dalai Lama: “In human societies, there will always be differences of views and interests. But the reality today is that we are all interdependent and have to coexist on this small planet. Therefore, the only sensible and intelligent way of resolving differences and clashes of interest, whether between individuals or nations, is through dialogue. The promotion of a culture of dialogue and non-violence for the future of mankind is thus an important task for the international community.” Hope our politicians are listening!