Role of community radios in India

Role of community radios in India 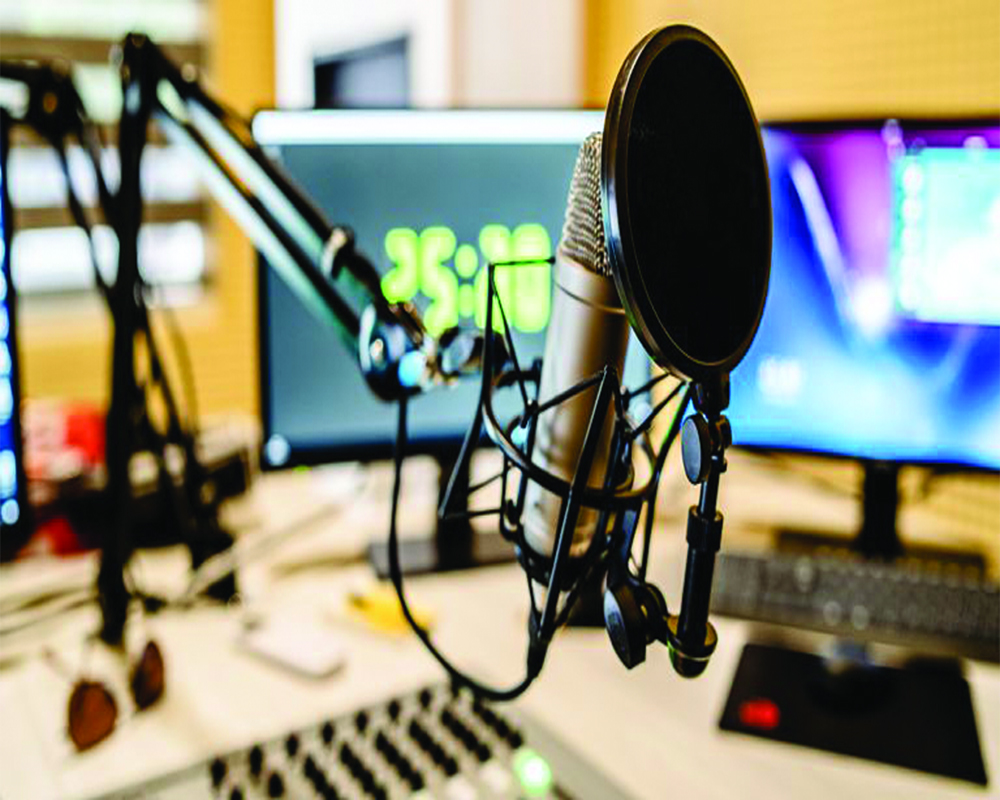 The role of Community Radio Stations (CRS) in disseminating critical information during the period of the Covid-19 pandemicis hardly known. Over 322 Community Radios in India, managed by educational institutions called Campus Radios, NGOs-managed radios and Krishi Vigyan Kendra-managed radios, took up the challenge of connecting with their communities by giving relevant information, creating awareness, confidence and motivation amongst the masses to face the grave situation.

Although most of the Community Radios were struggling for survival due to step-motherly treatment in terms of allocation of funds through projects, non-availability of advertisement from the Bureau of Outreach & Communication, and advertisements from the Ministry of Information and Broadcasting, these Community Radio Stations were not found wanting in discharging their social responsibility in the hour of national crisis.

The Community Radio Association of India (CRA), the recognized body of Community Radio Stations in the country, undertook a survey and based upon the information and data received from 150 community radio stations, it was observed that the most important need of  the vulnerable sections of the population was for credible information about the pandemic in local languages and dialects and how they could protect themselves against it.

In the initial days of the pandemic, the CRS answered the following questions: What is Covid-19 and what are its symptoms/signs of spread?What precautions need to be taken?Why lockdown and curfews have become necessary? What are people expected to do to stop the spread?How many cases have been reported in each region?”

The community radio teams across the country collated the answers from advisories issued by the district administrations and state governments from time to time. The radio reporters conducted Interviews with the doctors and experts and broadcast them prominently. The information based on “Dos and Dont’s” were shared with the public. Data supplied by the Departments of Information & Public Relations, Health, District and State Disaster Management and police was disseminated on a regular basis. The broadcast time of the community radio sranged from 12 to 24 hours daily.

Initially, only 50 per cent of the broadcast content was related to Covid-19,but as the situation worsened and the lockdown was enforced, the content was exclusively pandemic-related. When the crisis was at its peak, the stations broadcast special awareness programmers, appeals of the authorities to stay at home and observe the guidelines issued by the government to fight the virus. Almost all the community radios faced several challenges. Curfew was strictlyen forced so manpower crunch was felt because the movements of many community radio reporters were restricted. In many places they were not issued curfew passes to reach the irrespective studios and the radio operations were managed by one or two community reporters who worked in long shifts.

Many radio reporters worked from home by sending their reports through mail and Whatsapp. The recorded voice clips of local MALs, community leaders, celebrities, district magistrates, superintendents of police, doctors and experts requesting the community members to stay at home and observe social distancing were recorded through telephone and send through mail and Whatsapp to the studios which were then broadcast on the radio.

Jingles were made in studios or downloaded from common sources with an appeal by celebrities through songs and popular messages to createawareness about the danger of virus and its prevention. Some community radios innovated new methods of virtual broadcasting where the community reporters sent their inputs from home and nobody was present in the studio, but the radio broadcast was on throughout.

The community radios also regularly broadcast programmers on health awareness, community participation, motivation, positivity, parenting, nutrition, fitness, talent connect, Junior RJ connect, homemakers connect, culinary-based programmers,idea sharing of how to engage kids, creative practices, yoga for everyday, inspirational stories and information to seek help and support from each other in this crucial hour. Some community radios connected with the underprivileged sections by providing information on the steps taken by the government and local NGOs to provide them financial help, food and for health services with 'Free-Doc-Tele Consulting', where doctors were available to help people by providing consultation on any kind of health ailment and issues relating to mental health.

Many community radios shared Self-Corona Test Assessments through their blogs to tell people not to get confused and mistake seasonal illness for Covid-19 and undergo virus testing.

A pledge document was floated, digitally, where people of all ages put the irpromises to stay at home for a healthy future of all and sharing how are they were utilising their time in isolation. The responses received from different community radios indicated that they had become an authentic source of information and means of providing entertainment to the community at large during the crucial time of self-isolation.

The community reporters through their vigilant approach also busted fake news being circulated by vested interests in their communities. They would first verify the suspicious news with officials and broadcast the correct version. During the migration of workers from cities to villages, community radios, especially those operating from Delhi, Uttar Pradesh and Bihar, performed aconstructive role by broadcasting information that proved to them on their way.

The community radio stations are keeping the morale of peer stations high by sharing information through Whatsapp and other IT platforms and other audio content in various languages. The CRS produced creative content in the form of jingles, poems and folk songs in different languages and dialects and shared it, giving diversity to their content. Unfortunately, the contribution of community radios has not been suitably recognized and appreciated. The reporters of community radios were not invited to participate when the Prime Minister interacted with the radio jockeys of commercial radios. The Department of Community Outreach, Ministry of Information and Broadcasting has not released any advertisement campaign for Community Radio Stations in the last two years. The outstanding dues of the previous four to five years have not been cleared till date. The various ministries totally ignored the CRS while formulating their communication plans for Covid-19 management and other health-related campaigns.

Considering the role played by community radios across India, they should be recognized at par with other modes of media and should be provided the same status other media organizations and media persons enjoy. The community radios throughout the country are prepared to contribute during the third wave of the pandemic. We do hope that the Government and other concerned authorities would realize the important contribution of the Community Radio Stations in this national crisis and would help in sustaining the community radios by providing them financial support and professional facilities for performing better in the times to come.

(The writer is the President, Community Radio Association of India. The views expressed are personal.)