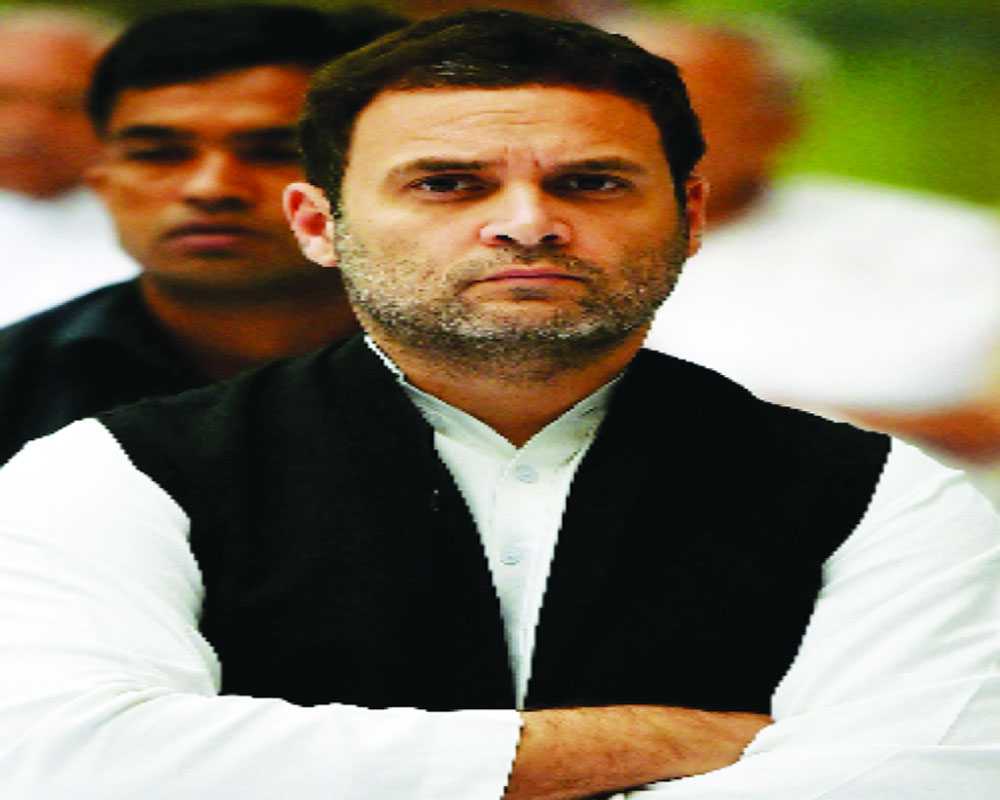 Rahul questioning the Govt on Bastar is good. But he’d better be careful about what he says in general

The Congress’ former president and the Gandhi family’s scion, Rahul, is suddenly making his presence felt in the nation’s political firmament. The reason may be any, whether the ongoing Assembly polls or the ensuing Congress’ organisational election slated for after this round of balloting in the States concerned, but it is indeed hearty news for democracy that one of the top leaders of the main Opposition party in Parliament has re-discovered his voice. Of course, Rahul has been known to speak on certain subjects on certain occasions but it’s largely been a matter of his choice and fancy and such utterances have been intermittent, all of which tends to take the gravitas away from his pressing concerns. Also, it appears a tad unprofessional when he comes across as underprepared to speak on a subject to an interviewer — however, when he simply tweets or makes a speech, basically a monologue, then he does quite alright. But put him in front of an interviewer, and the chances of his saying something controversial or goofy burgeon manifold. Several such instances jump to mind.

A case in point is his recent video interview to former US Under-Secretary of State and Harvard University professor Nicholas Burns. Talking to Burns, he openly exhorted the US to intervene in India’s domestic affairs by wondering out loud why it wasn’t pulling up his “rivals” for “wholesale capture of institutions”. The seasoned Burns smartly sidestepped it with a straight face, showing his adeptness at diplomacy. In the past, Rahul’s interviews to Indian media were airbrushed by his minders before being released, but that could not be done to the Harvard interaction. After being in the public eye for long, and with such recurring instances to his credit, his handlers within the Congress should realise that interviews are just not his forte, at least not for the time being, as he comes across as unfocused, fidgety and out of depth. However, all this is no reason to lose hope because sincerity, hard work and dedication are one’s best friends to be able to shake hands with success. No comparisons, but it would help him to remember that in the not-too-distant past, Narendra Modi, who is arguably the best political orator and crowd-puller in India today, was not too comfortable (though he might have been confident) fielding questions from the media before he entered Parliament for the first time.