Say bye to reality, fake is the new real

Say bye to reality, fake is the new real 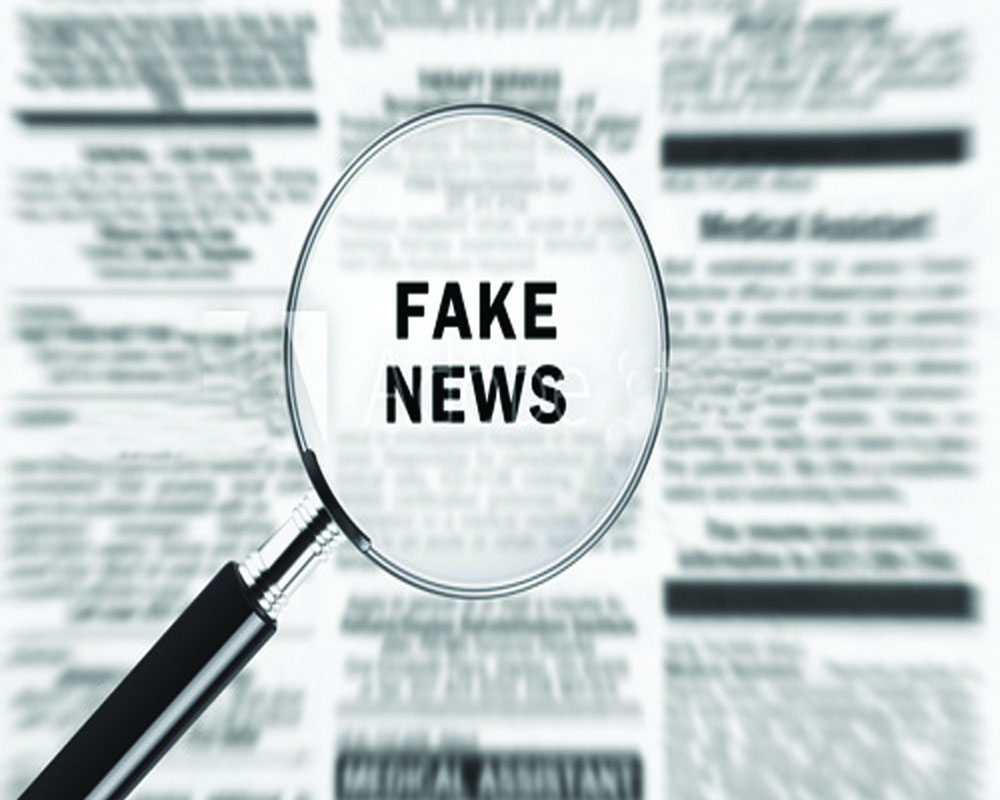 If you want to live in the brave new world of fake, give up your habit of questioning everything; being rational is not a virtue anymore

Often, negative connotations are attributed to certain words that are pious and mean no harm. “Fake”, which has gained currency in recent times, is one such word. It does more good than bad to an individual or a nation, yet it is scorned. You may rubbish this right away, but hang on. What if I told you that it is rooted in great Indian traditions, philosophy and popular culture? Larger good of humanity is its raison dêtre. Confused? Read on.

Let’s first onion the whole concept. Fake is not fictitious and by no means a lie. It is not to be confused with “Feku” which is a Hindi word and has a different connotation. Fake is an alternative reality. It furnishes a purpose and, that too, rather cut-price.

Fake is all around us. Having fake Ray-Ban glasses, fake Nike sneakers, fake Louis Vuitton bags that we all so proudly sport, is popular culture. Why do people buy fakes? Well, the real may be too expensive and beyond reach. Exactly! Fake offers an alternative to an unaffordable reality. It gives you a sense of pride in your existence.

You may not have realised but we do it all the time. We don’t mind a fake smile while entering a plane. We don’t mind faking emotions — clapping for a performance you hated or smiling at the stranger who stepped on your toes is so much part of you and me. We are all walking, talking fakes. Then why such a hullabaloo?

Fake gives you that coveted space in your national life. It helps you feel proud of the nation you belong to. Now that it is done with such élan that one should feel rather blessed. Fake news is a work of art and has a pre-defined purpose. It makes you feel happy and content.

Now that faking has emerged as a fine art, we have all the more reasons to embrace it with open arms. For those who might have moral compunctions in doing so, I have this to say: Don’t you believe in the concept of “Maya”; this world is anything but real, a fake pulled across our five senses, fooling us with its fine details? In the movie Inception, a guy when woken up feels that it is difficult to say if he has woken up or gone to sleep. So getting hung up on reality is no good.

Abraham Lincoln once said: “Don’t believe everything you read on Facebook.” Even George Washington warned against WhatsApp. I know you are sceptical about the quotes. Please Google it but, let me tell you, it is a bad habit. If you want to live in the brave new world of fake, give up your habit of questioning everything. Being rational is no virtue anymore. These are old-school things. Don’t be doubting Thomases. It did him no good. It does no good to you.

Haven’t you read how fake news about the death of an elephant, Ashwathama, helped the Pandavas get rid of Dronacharya and paved the way for their victory in the Mahabharata? We all know how Krishna pulled off a fake sunset to save Arjuna from self-immolation and helped him exact revenge on Jaidrath. Does one need more stories to validate the glory of the “fake”?

Of course, some spoilers earn their bread and butter by distinguishing between the real and the fake. They run websites like ‘Alt News’. Good for them but what is there for us, and for what? Just to take away from you those moments of elation and pride? What purpose does the news serve when we are told that a few Chinese soldiers strayed into our territory? It is news better avoided; better still replaced by a positive item. Replace it with pictures of the Chinese soldiers’ graves so that people don’t feel paranoid about national security. Isn’t that fake better than the real?

In any case, we can do nothing more than delete some Chinese apps on our Chinese mobile phones. So why the fuss? Rest assured, we have a new reality being woven for us right now, right here, for our own good. Nobody would be able to know what is real and what isn’t. Fake is being aided by technology. Photoshopped images, doctored videos and edited audios help create an alternative reality in this agonisingly real or surreal world. What more could you ask for?

Unlike real news, fake news is fast and smart. It convinces, motivates and propels you to act. And what does the real news do? It upsets you and spirals you into depression. The problem is not fake news. The problem is that you haven’t completely adjusted to it.

The stories of Riya’s thug life and theories of Sushant Singh Rajput’s murder mystery kept you from watching on your TV screens the wrapped-up, lined-up bodies of Corona victims. Besides, the former stories were outright entertaining. Learn to enjoy it. Fake news, just like a fake orgasm, is loaded with good intentions. Both offer a feel-good factor to the second party. A false sense of satisfaction, but satisfying nonetheless.

Fake, then, is the new real. The new textbooks with new insights on history and polity, untold theories of the greatness of a nation and the stories of heroes hitherto unknown would help create an alternative reality. It is so realistic! So, be prepared because the floodgates of fake are wide open. Meanwhile, just ponder what the great men had said about Facebook and WhatsApp!