Should we fear a third wave of COVID-19?

Should we fear a third wave of COVID-19? 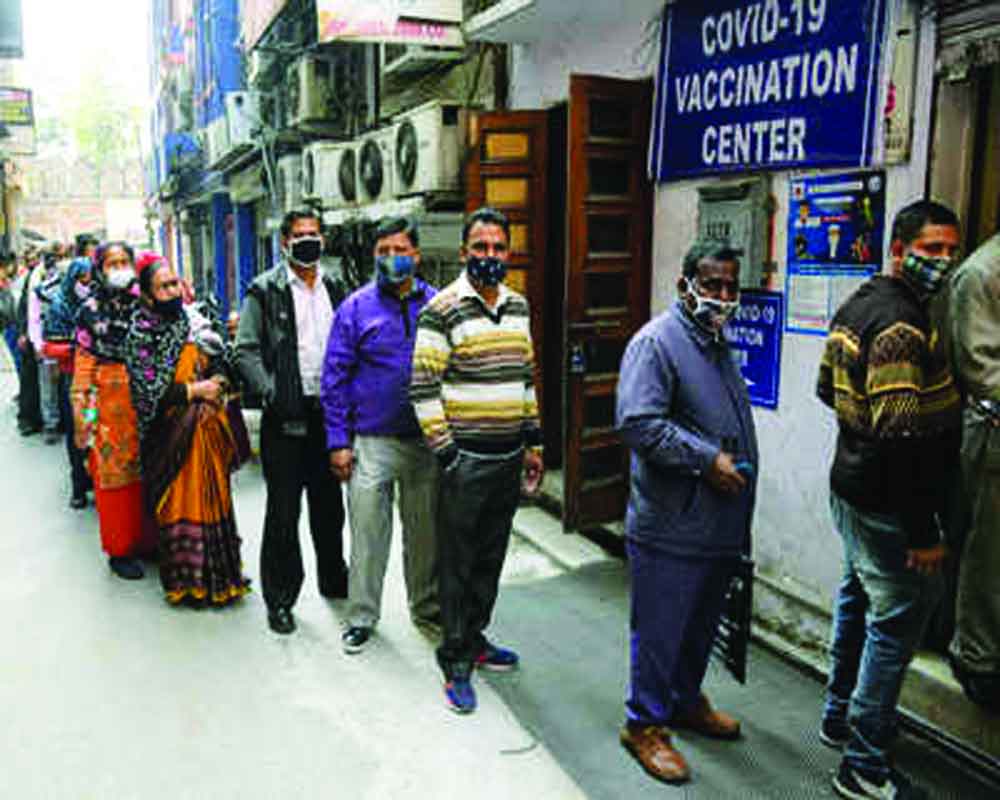 Some experts believe that if a third wave hits now, it is likely to be weaker than the previous one. Also, India is better prepared to deal with a third wave

Will there be a third wave of covid-19? The Health Ministry has been warning of a possible third wave for some weeks now, although no one knows whether it will hit India at all and, if it hits, how severe will it be. Covid-19 has had its periods of surge and lull, and right now, India is facing a lull.

The pandemic attack has hit over 220 countries and territories since 2020 January. The virus had infected almost 252 million people worldwide, and the number of deaths had reached five million. The most severely affected countries include the US, Brazil, and India.

India’s first cases appeared in late January 2020 when three Indian students travelled to the southern state of Kerala from Wuhan in China. According to the health ministry, there was a total of 3,44,37,307 cases in India and total deaths were 4,63,530 deaths so far.

Health experts say that Covid-19 will not go away, and we have to live with it. They also predicted that the present lull could be the calm before the storm and a third wave is a distinct possibility. The national curve seems to have entered a declining phase now, after having peaked on May 6.

However, “We cannot take the current stable situation for granted, and we have to be mindful of the fact that the pandemic is going on and can take an untoward turn if we are not careful,” Niti Ayog member Paul has cautioned.

Some experts believe that if a third wave hits now, it is likely to be weaker than the previous one. Also, India is better prepared to deal with a third wave.  Central and state governments have said that they are more prepared to tackle the third wave in India.  Nationally, India has added many more hospital beds in the past few months and imported more than 100 oxygen carriers to raise about 1,250.

Niti Ayog member (health)Dr.V.K. Paul has said, “We don’t have a straightforward formula to calculate what extent the peak could reach this time after reaching 71 per cent vaccination with the 1st dose and a certain level of natural infection. But the government is preparing for a surge of 4.5 to 5 lakh cases per day.”

There is optimism all around. First of all, more than 1.10 billion people have got vaccinated already. “The number of susceptible persons will be less now, as many persons have been infected or vaccinated,” according to epidemiologist and cardiologist Dr. K Srinath Reddy, the president of the Public Health Foundation of India.

Secondly, the initial hesitancy of the public has now given place to confidence, and more and more people are coming forward to get vaccinated.  When the vaccination drive began early this year, even many educated people adopted a ‘wait-and-watch’ attitude.

Thirdly, in the last year, the Centre and the States have improved health care, increased beds in both public and private hospitals, and made covid guidelines mandatory.  The states are also geared to deal with the situation.

Unfortunately, we see, particularly during the festivities, many people have become careless. Nature has also played its role, and people affected by rains and floods cannot follow the regulations when facing threats to their lives and property.

The carelessness is also due to the belief that the worst is over.  Memories of India’s devastating second wave of Covid-19 are slowly receding.   In cities malls and parks are crowded after relaxation of covid regulations. Business is coming back, and all this give an impression that Covid-19 is over. Even the Government had believed in March last when the then Health minister Harshvardhan declared that Covid-19 is dead in India.

Fourthly, as many people in the poorer countries are yet to get their vaccination while the rich countries have gone ahead with their booster dose, experts assume the chances of the complete elimination of Covid-19 in the world looks quite vague.

However, it is better to be cautious than sorry. While the governments can do only that much, the onus is on the general public also to cooperate. They must be more conscious of the danger spreading Covid-19 by not following regulations.