Soft State on the path of strength

Soft State on the path of strength 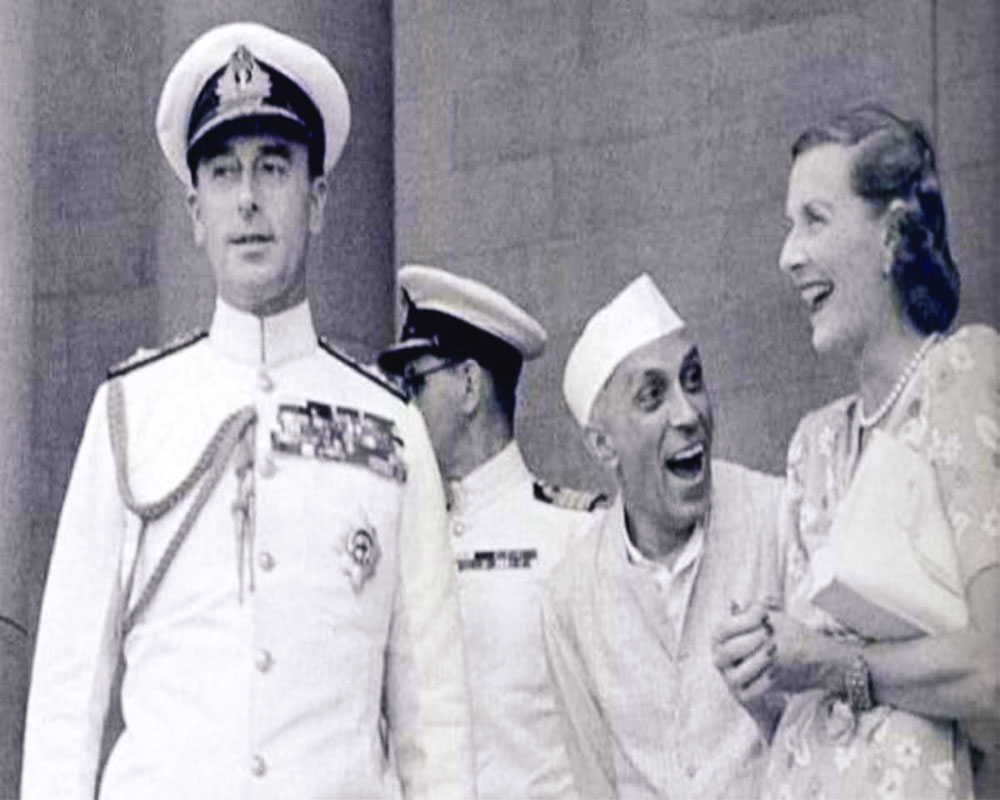 The Nehruvian ethos, which had a vice-like grip over India’s polity and the minds of most Indians, was a combination of socialism and secularism. The Nehruvian socialism was symbolic of anti-colonialism as well as political justification for governance to be sympathetic to communists. This helped Indira Gandhi to survive as the PM between her splitting the Congress in 1969 and her re-election in 1972. Secularism meant being nice to minorities and making sure that Muslims voted for the Congress.

India’s military suffered deliberate neglect. In 1947 itself, Nehru curtly told General Lockhart (the interim Army commander) that the police were adequate to protect the country. The mindset carried on till the Sonia/Manmohan decade (2004-14); not a single weapon system was acquired, although India had inherited a depleted military. Corruption was a prerequisite for those sympathising with the party. Indira had stamped her approval on corruption, stating: “Which country in the world is free from corruption?”

The prime ministership was the monopoly of the Congress, or ex- Congressmen or pro-Congressmen like Vajpayee, a mindset sustained from 1947 to 2014, 77 long years. The Nehruvian ethos had sufficient time to take deep roots. The best political talent went into that party. Those not in the Congress too learnt their politics — even some BJP leaders — from the Congress. This was the paradise of Nehruvianism in which many politicians, journalists and hangers-on flourished.

Imagine the consternation of the Nehruvian world when a man like Narendra Modi led the Opposition. Out of contempt and hatred, one Congressman called him a chaiwala and then neech (lowly). A few recognised him to be a tornado that could blow away their paradise. They were proved right, as Modi’s first term itself showed. But when 2019 approached, his enemies saw a glimmer of hope. If Modi were to obtain only about 200 Lok Sabha seats, leaders within his own party might try to coalesce with the Opposition members. A coalition wouldn’t want Modi. Two such leaders were hopefully hovering.

When the results gave Modi more than 300 seats, all patrons of the Nehruvian paradise were broken-hearted. Not finding anything to criticise, they grabbed any mud to fling at him. Demonetisation was “a blunder” because it destroyed the “informal” sector, by which they meant the black money sector. Even scholars on TV debates repeatedly said the informal sector was “very valuable” to the Indian economy. Their stand came from estimates that 40 per cent of the economy was black. Next, the historic introduction of the Goods and Services Tax — one country one sales tax — was abused. It would earlier take a truck seven days to deliver, but now takes only three. The GST has made it dangerous to evade even income tax. Modi’s adversaries called the tax “badly administered”, conveniently forgetting that it was originally their idea, possibly proposed in the hope that all States wouldn’t accept it. But (late) Finance Minister Arun Jaitley succeeded in what has been a long-term boon for the economy, already very useful. The GST has killed a big perquisite for the denizens of Nehru’s paradise.

Article 370 was deeply divisive to Indians, more potentially than seemed until now. It carried within the potential of secession, not only of Kashmir but also elsewhere. It was perpetuated to keep aflame the Hindu Muslim divide. The country was surprised to find no great reaction to this bold step. Pakistan made some noise but then kept quiet; lately its Foreign Minister too stated on the floor of the National Assembly that Article 370 is India’s domestic matter.

Corruption has been significantly reduced at higher levels. Among the Ministers, there have been no complaints. Modi has himself set a sterling example. And there has been little coercion.

Black money has not disappeared, but is much reduced. With taxes low enough, payment in white is gradually becoming the habit. India is becoming digital, as is the need in the modern world. Decades ago, Swedish scholar Gunnar Myrdal had categorised States into soft and strong; India was a soft State; Modi’s governance has set it on the path of becoming a strong one. Pakistan has learnt several lessons; Kashmir is quiet. China’s behaviour has changed after Galwan. Imagine a Prime Minister turning up within four days at Ladakh to visit our injured soldiers in hospital and addressed our troops. What a difference that gesture made. No other leader in India has done anything of the like before.

Another way of explaining this is that India was a half sovereign State, whereby it was not effective and its writ did not run up to all its frontiers. This was so even domestically in some ways. Whenever a central Minister was alleged to be corrupt, the Prime Minister would wriggle out of his responsibility terming the accused to be a coalition partner, not the PM’s party. Narendra Modi has taken India on the road to strength and full sovereignty. Those who thrived in the erstwhile paradise do not know what has hit them.