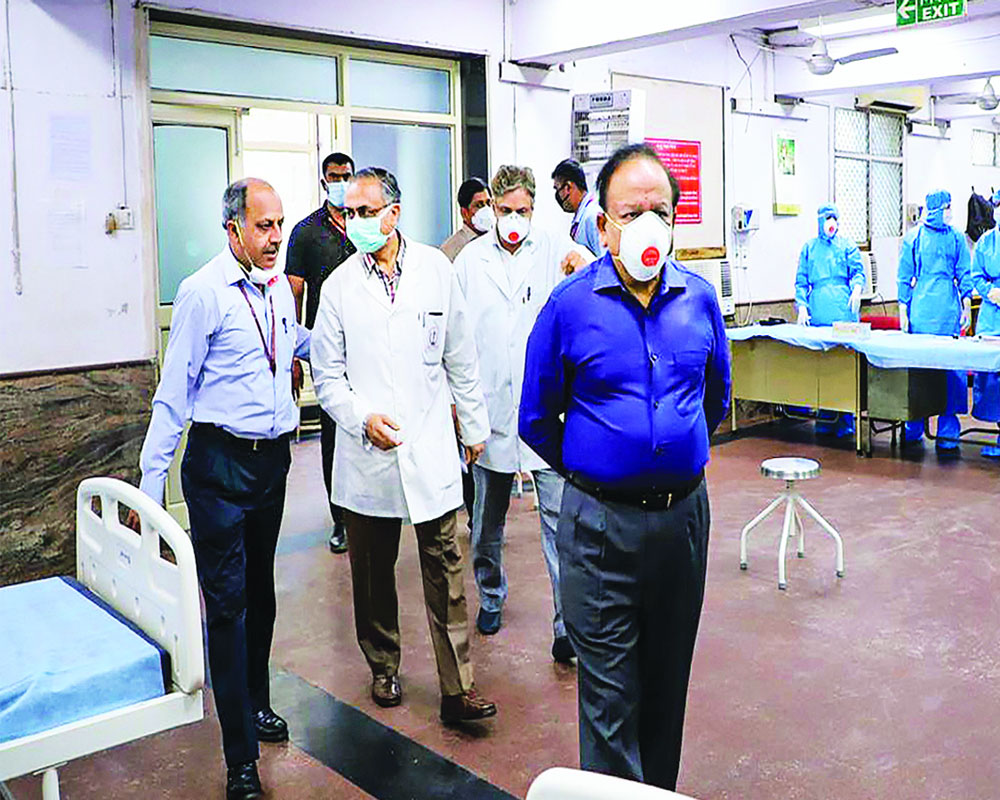 World Health Organisation (WHO) Director-General Tedros Adhanom Ghebreyesus has thanked India and Prime Minister Narendra Modi for the country’s “continued support to the global COVID-19 response”. In a recent tweet, he said: “Only if we act together, including sharing of knowledge, can we stop this virus and save lives and livelihoods.” The WHO chief was lauding India’s decision to despatch COVID-19 vaccines to several neighbouring countries, including Bangladesh, Bhutan, Myanmar and Nepal, besides Saudi Arabia, Brazil and others.

This was the fourth time in the past year that the WHO chief had hailed the Government’s decisions to contain the pandemic. Last July, he praised India’s efforts to contain the outbreak in Dharavi — considered the biggest slum in the world. He cited this as an example of how, even when the outbreak was very intense, it could be brought under control. Last September, he again praised Modi for his speech to the UN General Assembly in which he said that as the largest vaccine-producing country, India would utilise this strength to distribute it across the world and help the global community. In November 2020 when Modi spoke to the WHO chief, the latter praised India’s efforts and the Ayushman Bharat programme. In fact, way back in May 2020, the WHO representative in India had described India’s efforts as being “enormous, very impressive”. The WHO also lauded the Uttar Pradesh Government’s COVID management and contract-tracing efforts and said they are worthy of emulation by other States.

Many other international entities are lauding India’s efforts. The United States described India as a “true friend” for deploying its advantage in the pharma sector to meet the vaccine needs of other countries. The State Department said: “We applaud India’s role in global health, sharing millions of vaccine doses in South Asia.” Applauding India, Congressman Brad Sherman tweeted: “Great to see our ally India purchasing and supplying millions of doses of COVID vaccines, manufactured in India, to its neighbours and nations around the world.”

It is important for all citizens to know and digest these facts if only to ward off the negativity that is being spread indiscriminately and irresponsibly by some politicians and, in particular, by Congress leader Rahul Gandhi.

In fact, while developed nations like the US, the UK, France and Spain are floundering in their efforts, the Modi-led Union Government and the Governments in all States and Union Territories, which are run by a variety of parties, have done remarkably well to join hands and tackle the biggest health crisis in centuries.

Rahul first criticised the lockdown imposed in March 2020 and later ridiculed the Modi Government for lifting it. To buttress his argument, he put out graphs of COVID-19 prevalence in countries like Germany, France and the UK to claim that the virus incidence had come down in those countries after they lifted the lockdown, but in India it had shot up. Thereafter, he has been persistently criticising India’s efforts to tackle COVID-19. What Rahul does not realise is that his petty political attacks are hurting our image. Looking at the plight of these nations today, one wonders what he has to say now.

Thus far, over 100 million people have been affected globally. India accounts for 10 million cases, but has managed better control. It reported 13,044 new cases a day on January 30 after touching a high of 97,894 cases per day on September 14, 2020. The last four months have seen a steady decline in cases. Against this, the countries Rahul was praising are in a real mess. Currently, the UK and France have two million and 2.7 million active cases, respectively, as against 1.78 lakh in India. The US has reported 25 million cases, of which nearly 10 million are active.

Strangely, even as the cases are declining, Rahul again attacked the Centre for its “failure” to tackle COVID-19. The “unplanned lockdown” destroyed millions of lives, he says, but the truth is that India has one of the lowest death rates in the world during this pandemic. As against 10 million patients, India has reported 1.53 lakh deaths, accounting for around 1.5 per cent fatalities. Fortunately, most Chief Ministers are not toeing his line.

Meanwhile, the Independent Oversight and Advisory Committee for the WHO Health Emergencies Programme has submitted an interim report in which it has criticised “the rising politicisation of the pandemic response”, which means reckless attempts like the ones being made by Rahul are harming the cause.

The WHO panel has rightly observed that a successful response “hinges on inter-connected global systems and networks” and scientific expertise, and contends that the WHO can’t succeed without unified global political support during the next phases of the pandemic. It says the world is “at a critical juncture” and will “not defeat this virus without greater global solidarity and stronger multilateral cooperation”.

It is tragic that the leader of India’s oldest political party is consistently out to undermine the efforts of the Centre and all State Governments and lakhs of health workers, who have staked their lives to serve COVID patients. This is destructive politics at its worst. Fortunately, there are wiser men and women in his party, including Chief Ministers, who are not toeing his line and working selflessly to rid the country of this terrible scourge.