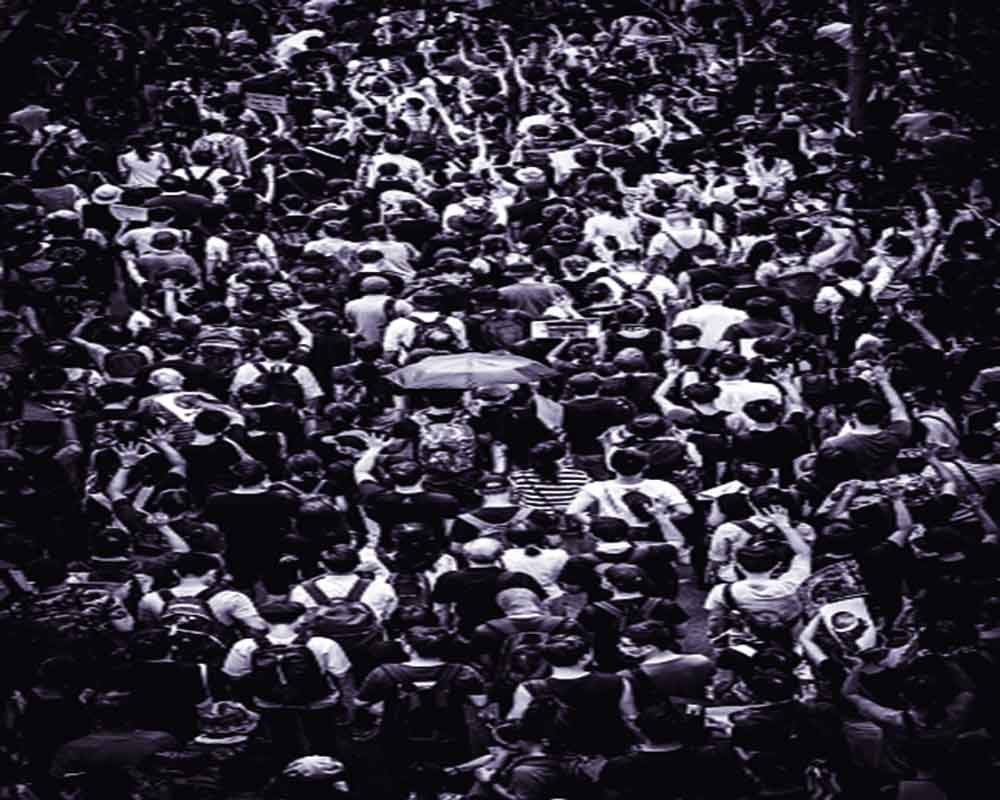 There is a raging debate about regulating the population growth in India. Three BJP-ruled States — Uttar Pradesh, Assam, and Karnataka — intend to bring a two-child policy norm with incentives and disincentives.  Even though they have not openly spelled out that the measure is meant to send a signal to the Muslim community, the message is clear. Some BJP MPs are preparing to push for a national population control law through private members’ Bills during the monsoon session of Parliament.

In 1976, population control and family planning were added to the third list of the Seventh Schedule under the 42nd amendment of the Constitution.  This has enabled the Union government and the state governments to make laws for population regulation. At least a dozen states had brought the two-child norm at some time or the other and some states like Haryana, Madhya Pradesh, Chattisgarh, and Himachal Pradesh revoked the policy.

Prime Minister Narendra Modi himself, in his Independence Day speech in 2017, flagged the issue and stressed the need to counter the population growth.  He announced from the ramparts of Red Fort that “keeping one’s family small is an act of patriotism” and that “time has now come that we should take such challenges head-on”.

After implementing the core agenda of the party — revocation of Article 370 and building a Ram Mandir — Modi might now turn to the other issues on the schedule like Uniform Civil Code and population control, etc.

Successive Union governments have tried to regulate population growth. It became a sensitive political issue after the compulsory sterilization drive during the Emergency in 1975. The P-word is a’no -no’ for many political parties. No politician wants to touch it after that forced sterilization drive. The Union health ministry has even changed the name of the Family Planning Department to Family Welfare Department.

India’s population, which was just 30 crore at Independence has now become 1.34 billion. In contrast, China’s population had doubled over the same period.  The pace of India’s population growth, now at 15 million per year, is the world’s fastest. It is projected to reach 1.8 billion by 2050. Millions still do not have access to clean water, proper meals, healthcare, and education. The unmanageable number and more mouths mean more strain on the resources.

Had the population even doubled since 1947, it would have been manageable, but it has grown almost five times, which should be a cause for concern.

The opponents of the population policy point out that national fertility has been declining steadily. Over the past decade, the trend has been a steady decline in the reproductive rate, with the southern states registering a steeper decline than the Hindi heartland in the north.

States like Bihar, Uttar Pradesh, Madhya Pradesh, Rajasthan, Jharkhand, and Chhattisgarh account for nearly half of India’s population (48 percent). They continue to have very high fertility rates. States like Kerala, Karnataka, Maharashtra, Tamil Nadu, and West Bengal are now well below replacement fertility. Almost all central states have experienced a significant deceleration in population growth and the pace of net addition is decreasing.

The opponents are also are against any harsh measures to contain the population. They argue that the one billion-plus population would yield a demographic dividend. For poor families, more hands mean more income. Also, it has brought in higher per capita entitlements. The migration from the northern and the eastern states has helped maintain growth in the south and the west, where fertility rates are low.

However, it is necessary to manage the population growth. More positive steps are needed to control it. The best way to do so would be to create awareness, provide education for the lower strata of society, and more incentives for voluntary family planning. It should not be compulsory at all costs, or it will be a repeat of 1975.

It has to be remembered that India is expected to add nearly 273 million people to its population between now and 2050, according to a 2019 UN report.  If no steps are taken, India will overtake China to become the most populous country and likely to hold the number one rank throughout the 21st-century, according to population experts.

The narrative needs to be changed for the better. After consulting all other political parties, the prime minister should try to form a national population policy and bring a consensus on this issue. Above all, no policy would succeed without people's cooperation.