Taking a central view of the famed Vista project

Taking a central view of the famed Vista project 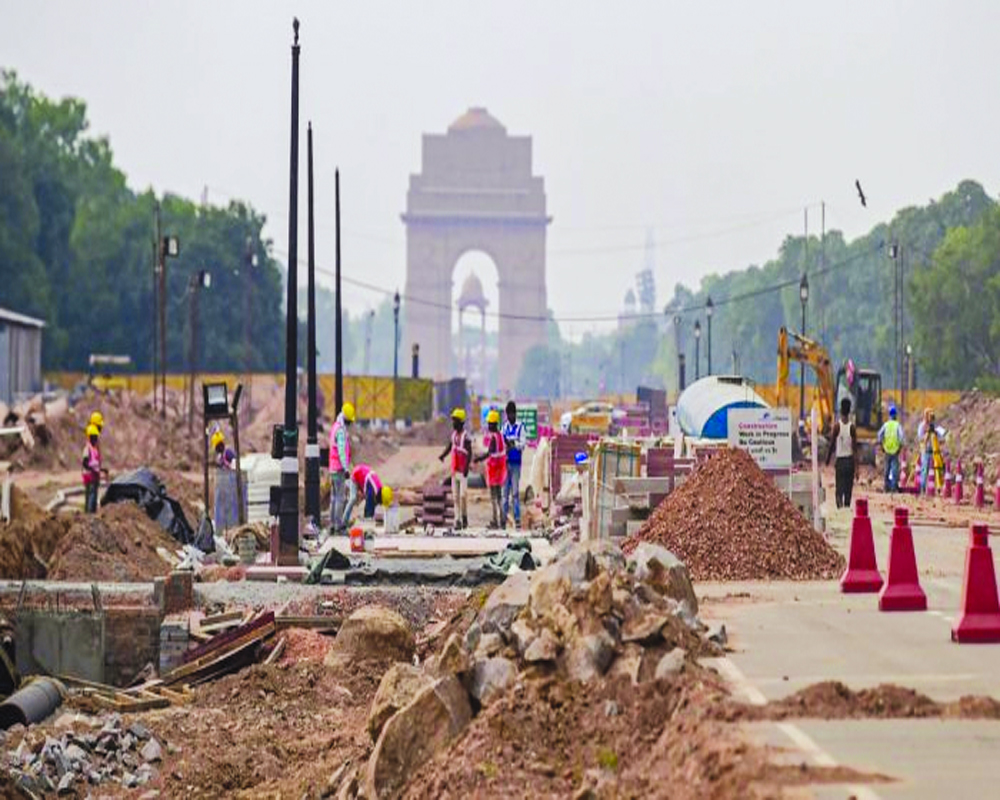 The gargantuan redevelopment plan, being touted as the ‘face of the 21st century India’, suffers from lack of transparency for which the Govt must own responsibility

The Central Vista redevelopment- inclusive of constructing the New Parliament building- is a prestige project for the Modi government. New Delhi's Whitehall-equivalent promises to become the face of 21st century India. The Rs.20,000-crore project has come under fire from several quarters for being pursued vigorously even during the Pandemic. Work is in progress to meet the deadline despite the lockdown in Delhi. Photography of the site has officially been banned by CPWD, the executive agency of the project. This is simply an example of how non-transparency is the biggest bane of the project.

People's access to authorized information on the subject is critically limited. There is no dedicated web-portal for the project, or reference to the same on the websites of the Ministry of Housing and Urban Development or Central Public Works Department. Time and again questions pertaining to the project in Parliament have elicited vague and perfunctory replies.

On March 17, 2021 replying to a Starred Question (No.234) in Rajya Sabha, Minister of Housing and Urban Affairs Hardeep Singh Puri informed that the number of existing buildings to be remodelled and demolished under Central Vista Project had not been finalized. While the works for construction of the new Parliament Building and Central Vista Avenue had commenced, the Minister added, other components of the project were still in the planning stages.

A month earlier on February 4, 2021 the Minister had informed Lok Sabha (Unstarred Question No.548) that while North and South Blocks would be retained and would be retrofitted for being used as National Museum, no decision on the fate of any other building like Krishi Bhawan, Nirman Bhawan, Jawaharlal Nehru Bhawan etc was taken.

Even though the government is forthcoming on the idea of the project, it was reluctant to share the details. The Extraordinary Gazette notifications dated March 20, 2020 and October 20, 2020 pertaining to change of land use pattern of eight plots measuring more than 100 acres appear to be the only official statements holding some clues into the final picture. The new PM House would come up on 15-acres of plot near South Block. The public and semi-public facilities at Indira Gandhi National Centre for Arts measuring 54 acres would make way for government offices and recreational facilities (district park). Similarly, 15 acres of plot located on Church Road near DTC Central Secretariat terminal has been mutated to residential use apparently for MP accommodations.

The "public hearing" organized by the Delhi Development Authority (February 6-7, 2020) was concerned only with objections, if any, for change of land use. There was no comprehensive public discourse on the Central Vista redevelopment. Justice Sanjeev Khanna, in his dissenting Supreme Court verdict, on Central Vista in January, 2021 lamented the insufficient public consultation and public participation in the matter.

Whatever details of the project are in the public domain are due to media activism. Those, however, antedate the minister's statement in Rajya Sabha that except for the new Parliament building and the Central Vista Avenue rest of the components were in planning stage. According to the PIB Release dated October 25, 2019 while the time line given to CPWD to complete the Central Vista Project was November, 2021 that of the new Parliament was March, 2022 and the common Central Secretariat by March, 2024. The pandemic might not be the only thing that would keep the project from being completed on time. One could foresee a host of logistic problems to which there are no easy answers. This appears to be the principal reason why the final decision of the project is being delayed.

Say, an edifice like Shastri Bhawan houses nine ministries. A demolition of the building would entail shifting of those offices to a temporary facility - or the permanent location neds to be completed before the existing building is demolished. How the government plans to relocate the offices in the existing buildings in the compass of the Central Vista is not known.

Also, one of the professed objectives of the Central Vista redevelopment is to concentrate various ministries and departments now spread across various locations in New Delhi in a Common Secretariat. It is a matter of opinion whether such concentration of ministries at one place and closer integration of Executive and Legislature (New Parliament) is symbolically and strategically desirable. No ministry is at present more than 10 km away from the Prime Minister's Office or Parliament. The CGO Complex, Lodhi Road is a major hub of central government offices. It is located at a distance of mere 7 km from Parliament House, and linked by both Delhi Metro as well as road from the Central Vista. Even the West Block and East Block of R.K. Puram can be reached within half an hour. Do we need to relocate those offices to Central Vista as well? Clustering of more offices in the Central Vista will strain its four metro stations viz. Udyog Bhawan, Central Secretariat, Patel Chowk and Janpath during the peak hours.

In any project, planning should precede execution. It was expected that the government would place an official layout plan or 3D model of the proposed Central Vista reduced to the scale of 1:100. At least the external design of the buildings and their proportions should be known to the public in an authentic manner. The government must also reveal the stages in which it wants to redevelop the whole of Central Vista, and relocate the offices in them.

The Rs.971-cr New Parliament building lies at the heart of the Central Vista redevelopment. According to the government, the existing Parliament House, built in 1927, was never meant to serve as bi-cameral legislature. It is overstressed due to large scale retrofitting, lacks in office space and chambers for individual MPs. Though the current Parliament House will be retained as a heritage building, the new Parliament building is being constructed keeping in mind the future expansion of membership (in sync with India's population) under Article 82 of the Constitution.

There is a freeze on expansion/readjustment of seats for various states/UTs in Lok Sabha under Constitution (Forty Second) Amendment Act, 1976 that was extended by the Constitution (Eighty Fourth) Amendment Act, 2001. In the First Lok Sabha there were 489 elected members representing 401 constituencies (as there were some two-member and three-member seats) which shot up to 542 elected members representing as many constituencies in 1976. The next expansion is due not before 2034 elections. The expansion based on realistic population figures might push the membership of Lok Sabha in the neighbourhood of 1,000 with concomitant increase in membership of all state legislative assemblies, and therefore of Rajya Sabha. Thus, state legislative assemblies might also require new buildings to absorb increased capacity.

Even if one can manage the logistics, and bear the increased burden of salary, allowances etc of 1,000 MPs, would one be able to allow them the time to participate in the proceedings? At present, with a total of 545 members, the three annual sessions of Lok Sabha consume three months. If 1,000 members were to participate in the proceedings, then the sessions might extend close to six months. This will proportionately reduce the presence of the MPs in their own constituencies.A permanent freeze on the number of MPs will be more prudent, as they must serve their constituency irrespective of population size.

(The author is an independent researcher based in New Delhi. The views expressed are personal.)