The Bengali and the ‘outsider' controversy

The Bengali and the ‘outsider' controversy 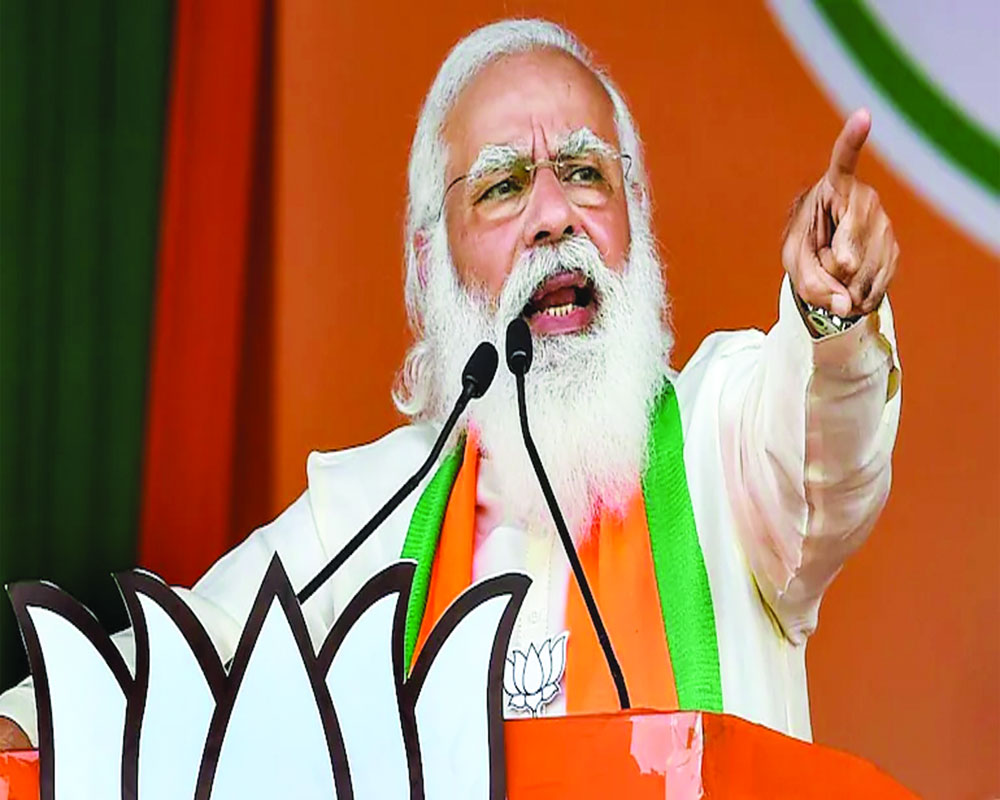 In replying to Mamata Didi’s allegation that the BJP is an “outsider” organisation, while she herself is the “daughter of Bengal”, Prime Minister Narendra Modi, at a speech in Kolkata’s Brigade Ground on March 7, remarked that the Trinamool had been spawned by the Congress. The Indian National Congress was founded in 1885 by a retired bureaucrat, Allan Octavian Hume, an Englishman. The Communist parties of India were all spawns of the Communist Party of the Soviet Union. Their ideology was authored entirely by the ideologue Karl Marx. Vladimir Lenin brought the Bolshevik Party to power with the Revolution of 1917. A premier street in Calcutta celebrated Lenin’s coming to power by being named “Lenin Sarani”, opposite Metro cinema, near the Dharamtolla Street. Incidentally, the old Harrington Street, where the US Consulate is situated, was renamed by Chief Minister Jyoti Basu as “Ho Chi Minh Sarani”.

I once took a client visiting from Germany around the city. He found every CPM graffiti to be a sketch of Soviet dictator Josef Stalin and wondered: “Why Stalin, now? Is there no Indian leader attractive enough to catch votes?” In World War II, Stalin wanted to arouse Russians to fight for their motherland, in complete contrast to Leon Trotsky’s earlier call for a “permanent Revolution” and Karl Marx’s Communist Manifesto, which called upon the workers of the world to unite.

Mamata Banerjee never once has termed these things from outside. She finds Hindutva and “Jai Shri Ram” as outsiders despite the fact that Raj Narain Bose, the grandfather of Yogi Aurobindo Bose, had coined the term “Hindutva” in 1863. Leading Bengalis, including Gurudev Rabindranath Tagore, were members of the aggressively Hindu Anushilan Samiti. The Samiti had become particularly active after the first partition of Bengal in 1905, until 1911, when the partition was withdrawn by King George V.

The Hindu ideology is not anti-anyone else. The word “Hindu” has been the identity for the entire subcontinent. In 1930, my father’s professor at the University of Boston asked him what he was. The reply was: An Indian. The professor said, “You are probably a Hindu. My question is — are you a Hindu Christian, a Hindu Muslim or a Hindu Hindu?” In other words, for the world outside, Hindu and Hinduism are the markers of India’s identity.

Coming to the “Bengali versus outsider” debate, it bears iteration here that a prominent Bengali who was born 120 years ago seeded a nationalist party that dominates Indian politics today. This is none other than Syama Prasad Mookerjee, a towering intellectual, academician and political leader. The party he founded, the Bharatiya Jana Sangh, was the only true opposition to the then hegemonic ruling Congress. Its later avatar became the BJP, which not only rules India and has become the world’s biggest political party, but has also decimated the once-mighty Congress.

One must not forget that Mookerjee salvaged West Bengal and led the Hindus of the erstwhile undivided Bengal to grab a slice of their homeland from the nefarious designs of MA Jinnah and his Muslim League by resisting the blatantly biased League’s provincial government of Bengal.

Bengal’s Hindus were the second largest ethnic minority after the Muslims in undivided Bengal (at nearly 42 per cent) but were subjected to two horrific rounds of genocide; the first in Calcutta in August 1946, following Jinnah’s clarion call for “direct action” (the Great Calcutta Killings), and then in Noakhali and Tippera districts of eastern Bengal in October that year. Nearly 10,000 Hindus were massacred and thousands of Hindu women were raped in this orgy orchestrated by Bengal Premier HS Suhrawardy himself. Mookerjee, the indisputable leader of Bengal’s Hindus, recognised the looming threat as early as in 1940 when he said in Sylhet (then in Assam): “The dangers in front of us are many; the latest addition in the shape of a movement for Pakistan should not be brushed aside lightly. Jinnah is out to destroy the very soul of India.”

The looming danger was the pernicious dream of a so-called “United Bengal”, promoted by Suhrawardy, Nazimuddin (ex-premier) and Fazlur Rahman (Bengal’s revenue minister), and supported by Sarat Chandra Bose of the Socialist Republic Party. This “United Bengal” movement, a smokescreen to grab all of Bengal for Pakistan, had Jinnah’s blessings. Had this League plan materialised, the Hindus of Bengal would have suffered a plight similar to that of Sindh’s Hindus who have been left without a country to call their own.

The incorporation of all of Bengal into Pakistan was foiled only by the concerted efforts of Hindus, led resolutely by Mookerjee, who formed the Bengal Partition League towards the end of 1946. Governing the support of all sections of the Bengali society, League sections of communists and socialists also had to support the partition of Bengal — the Muslim League didn’t spare Hindu communists.

The supreme irony is that Mamata might not have had even an identity, leave alone State, but for the heroic efforts of Mookerjee, whose party she now dubs an “outsider”.