The big tent of the PPP decoded

The big tent of the PPP decoded 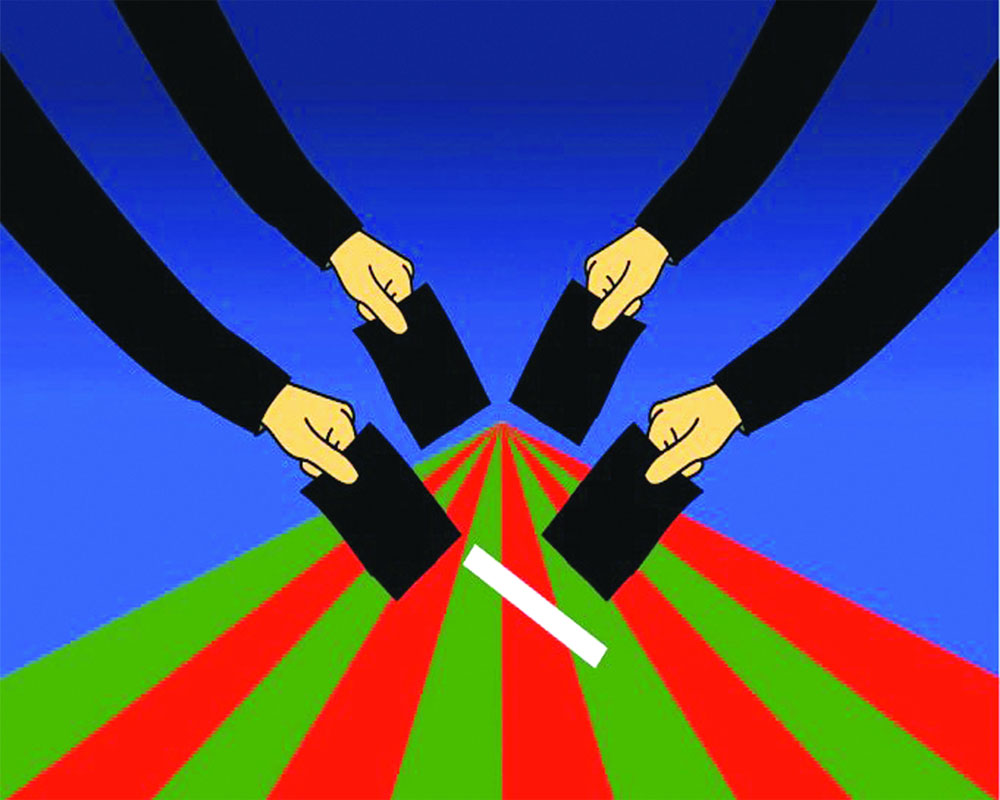 The nutshell identity of the Pakistan Peoples Party (PPP) is still slotted on the left side of the conventional political divide. But over the decades and, especially after the end of the Cold War in 1991, the nature of this divide has continued to transform. According to Richard Gunther and Larry Diamond in the 2003 issue of the Journal of Political Parties, by the 1990s, the mainstream Right and Left of electoral politics had become the status quo, which began being challenged by new “anti-status quo” groups. Gunther and Diamond write that the roots of large electoral Right/Centre-Right parties can be found in the 19th century, when they emerged as a reaction to monarchism or parties entirely driven by the aristocratic elite.

Ironically, this means that what evolved to become mainstream Right parties in the 20th century were originally on the Left in the 19th century because they represented the interests of the emerging middle classes that advocated capitalism, individualism and religious freedom and/or “classical liberalism.”

Once such parties succeeded in becoming part of the new status quo, they began to be challenged by parties stressing the need to regulate capitalism through various variations of socialism. Therefore, the latter came to be understood as electoral outfits that were on the left of the established classical liberal parties, which were now slotted on the right side of the divide.

In his book ‘Sociologie Politique’, French sociologist M Duverger writes that, because of the challenges posed by socialist parties, some classical liberal parties appropriated religion to expand their appeal but remained rooted in the post-19th century secular political paradigm. The Conservative Party in Britain, the Republican Party in the US and the Christian Democratic parties in Europe can be seen as examples of this. The mainstream Left parties were quick to adopt the same. Eventually, large parties on both sides of the divide became what are called the “big tent” or “catch-all” parties.

These parties retain an ideological core, which can be Left or Right, but they position themselves toward the Centre of the spectrum, appearing moderate in their policy preferences. “Big tent” parties become platforms for varied political players as long as they have even a semblance of recognition of the party’s core ideological purpose. However, it is pragmatism that becomes the overriding nature of “catch-all” parties.

The PPP was formed in 1967. It was initially conceived by the Marxist intellectual JA Rahim as a vehicle for the charismatic politician ZA Bhutto. The 39-year-old Bhutto had been part of the Ayub Khan dictatorship but was ousted from the Cabinet in 1966. Bhutto positioned himself as the man who had “stood up to a dictator.” This gained him traction with university and college students.

According to Rahim’s analysis, the Ayub regime’s economic policies had accelerated the radicalisation of Pakistan’s bourgeoise, widened the gap between the rich and the poor, and an organised socialist party was not only the need of the hour, but would also be able to fill the vacuum created after Ayub’s inevitable departure.

A reading of the PPP’s Foundation Papers makes it clear that, right from the onset, its founders saw the PPP as a “big tent” party modelled on established Social Democratic parties of Europe. Rahim believed that the country’s bourgeoise had begun their march towards a revolutionary phase, just as the European middle classes had done in the 19th century. Yet, at the time, a majority of Pakistanis lived in rural areas and the process of industrialisation, though rapid during the Ayub era, was still concentrated in just a few urban centres.

When the party was launched, it exhibited three main groupings: On the Left were Marxist student leaders, socialist intellectuals, trade unionists and peasant leaders. On the Right were “progressive” landed elite and in the Centre were what became to be known as “Islamic socialists”, or those who appropriated Islam as a welfarist and socialist doctrine, as opposed to a theological expression of politics (à la Jamaat-i-Islami).

During the 1970 elections, the party’s “big tent” tactics were a success, aiding it to attract the majority of middle and lower-middle class votes, and the votes of small farmers and peasants in (West) Pakistan’s two largest provinces, Punjab and Sindh.

In December 1971, the party suddenly found itself in power after the acrimonious departure of East Pakistan. The party’s Left wing was more assertive during Bhutto’s first year in power. But this assertion was stalled when Bhutto began perceiving the party’s radical Left as agents of anarchy with a juvenile understanding of Marxism.

According to Gunther and Diamond, in an effort to expand their electoral appeal to a wide variety of groups, the policy orientations of “big tent” parties were eclectic and shifted with the public mood. In Pakistan, because of certain overarching international economic shifts, the mood was clearly shifting to the Right. In the second half of Bhutto’s tenure, the regime tried to appropriate this mood and, by the time the Government fell in 1977, the party believed it had upstaged the far-Right Islamist groups that were opposing it.

But it seems that the party did not go far enough and was toppled by an Islamist General. With its leader hanged in 1979, and its other major players either in exile or in prison, the reins of the party fell in the hands of its lower-tier leadership. Bhutto’s daughter Benazir was at the helm, but she was under arrest. This was also when the party’s leftist militant tendencies, which had been subdued by Bhutto, resurfaced. In 1986, however, fearing that the US would stall the party’s return to power for being “too Left-wing”, Benazir began to gradually push the party back towards the Centre.

This push continued through the 1990s, especially with the appearance of the Pakistani Muslim League-Nawaz (PML-N) as the “big tent” party of the Right. Under Asif Ali Zardari, the PPP has dug its heels deep in pragmatist centrism. Its electoral appeal in Punjab was neutralised by the PML-N and then the Pakistan Tehreek-e-Insaf (PTI). This has blocked its path to Islamabad as a ruling party.

The PPP continues to enjoy power and electoral traction in Sindh. But this traction is largely based on the fact that the Sindhi speakers perceive the PPP as a bridge between them and the economic and political fruits of federalism. For this, the PPP needs to continue having a strong presence in federal institutions.

This is why it was important for Zardari to recently bag a majority in the Senate, even if he ended up upsetting his allies in the anti-Government Pakistan Democratic Movement.

The writer is a senior journalist and columnist. The views expressed are personal.Courtesy: Dawn