The camouflaged urge to commit genocide

The camouflaged urge to commit genocide 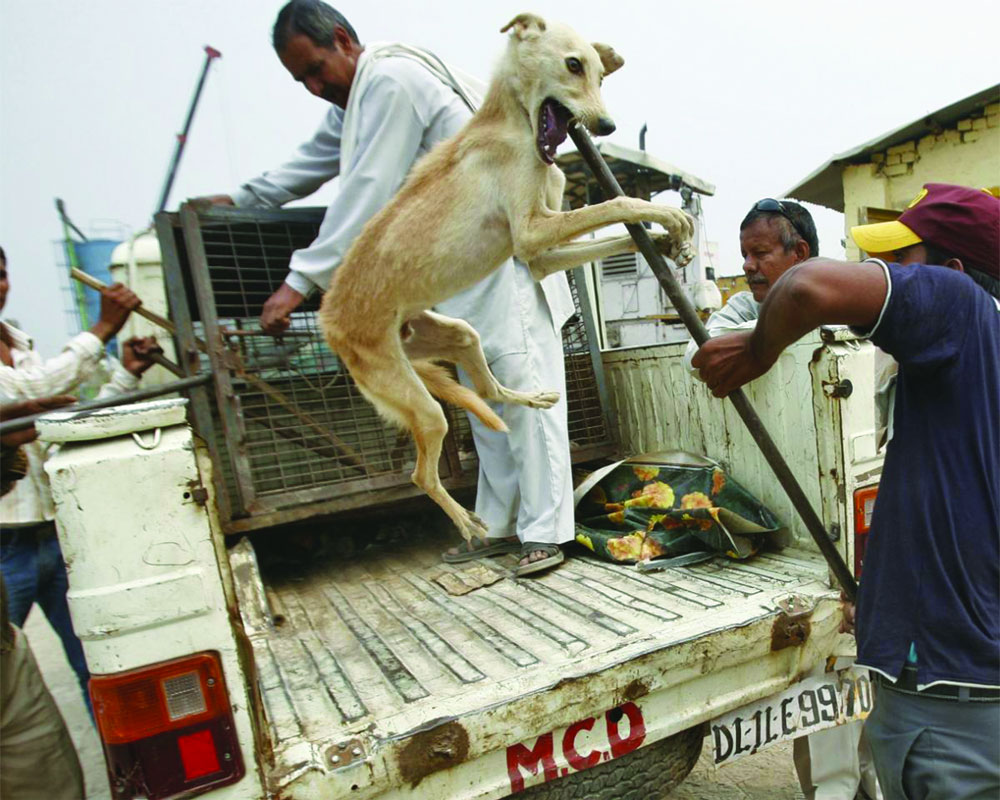 The only explanation for the imperviousness of stray dog-haters to information and logic, and their insistence on mass killing or removal of stray dogs, is a desire for genocide

Reports have been coming in from various places in Delhi and Gurugram of presidents of Residents’ Welfare Associations (RWAs) and their satellites and sub-satellites harassing and assaulting people feeding and looking after stray dog.

They clearly do so because they hate stray dogs and, therefore, those who look after them. They hate stray dogs because they fear them. Fear leads to hatred. Both fear and hatred cloud reason, blur the line between fact and fiction and send morbid imaginations soaring, projecting stray dogs as monsters, attacking and killing children, hurting adults and spreading rabies which, once contracted, causes death.

People get paranoid about rabies because of the highly exaggerated figures of its incidence in circulation. For example, the survey Assessing the Burden of Rabies in India: The World Health Organisation (WHO)-sponsored multi-centric rabies survey, 2003, by the Association for the Prevention and Control of Rabies in India, puts the annual number of human deaths from rabies in the country at 20,565.

The survey is flawed on many counts. It is merely a projected estimate and not the total of recorded deaths from hospitals in various parts of the country. The sample is very small. The actual figures are very different. Since 2005, the Union Government’s Ministry of Health and Family Welfare’s Central Bureau of Health Intelligence (CBHI) has been annually publishing a National Health Profile for the country. According to its 2018 edition, there were 97 cases of human deaths from rabies countrywide in 2017.

Clearly, the facts are very different from projected estimates! Nor are stray dogs ferocious and intrinsically malevolent creatures forever ready to lunge at humans. Erich Fromm wrote in his landmark work, Anatomy of Human Destructiveness, “Man is the only mammal who is a large-scale killer and a sadist.”

Indulgence in destruction and cruelty can always cause a man to feel “intense satisfaction.” Animals, he states, “do not enjoy inflicting pain or suffering on other animals. Sometimes an animal seems to display sadistic behaviour — for instance a cat playing with a mouse; but it is an anthropomorphic interpretation that the cat enjoys the suffering of the mouse; any fast-moving object can serve as (a) plaything, whether a mouse of a ball of wool.”

He adds, “Man’s history is a record of extraordinary destructiveness and cruelty and human aggression, it seems, far surpasses that of man’s animal ancestors, and man is in contrast to most animals, a real killer.”

Dogs are animals, and share their fundamental attributes. More, far from being inimical to humans, they display an instinctive tendency to be friendly. As Konrad Lorenz wrote in Man Meets Dog, “The whole charm of the dog lies in the depth of the friendship and strength of the spiritual ties with which he has bound himself to man….”

Blinded by hatred, people do not see this and demand the mass killing and removal of stray dogs, which several WHO documents like the Technical Report Series 931, Technical Report Series 824 and Guidelines for Dog Population Management (which it issued along with the World Society for the Protection of Animals), show will be counter-productive.

As the WHO has repeatedly stated, the only way to control stray dog population is to implement the canine animal birth control programme under which stray dogs are removed from their habitats and brought back there after neutering and vaccination.

Given the fact that dogs are territorial and guard their turfs zealously, they would, on their return, keep out other dogs that have not been vaccinated and neutered, which can then be taken up area-wise.

Stray dog-haters should know all this. The Animal Birth Control (Dog) Rules, the legal bedrock of the animal birth control programme in India, were originally enacted as early as December 2001.

The only explanation of the imperviousness of their heads to information and logic, and their insistence on mass killing or removal of stray dogs, is a desire for genocide.

A person calling for the mass killing of a category of people would be severely condemned in a sane, democratic society and action taken to forestall his design.

On the other hand, a call for a genocide of stray dogs may not only not attract condemnation but even allow the person concerned to strut about as a great defender of human civilisation against monsters in canine form.

Finally, stray dog-haters have shown their proneness to violence through their attacks on people caring for these canines. Since the laws of the land stand in the way of the implementation of their agenda of exterminating stray dogs, their desire for mass killing may well target humans.

They may not be able to perpetrate a genocide, but may cause violence and/or individual murders. They pose a greater threat to society than any stray dog.

The writer is a Consulting Editor with The Pioneer.The views expressed are personal.