The conversion factor: How real is the threat?

The conversion factor: How real is the threat? 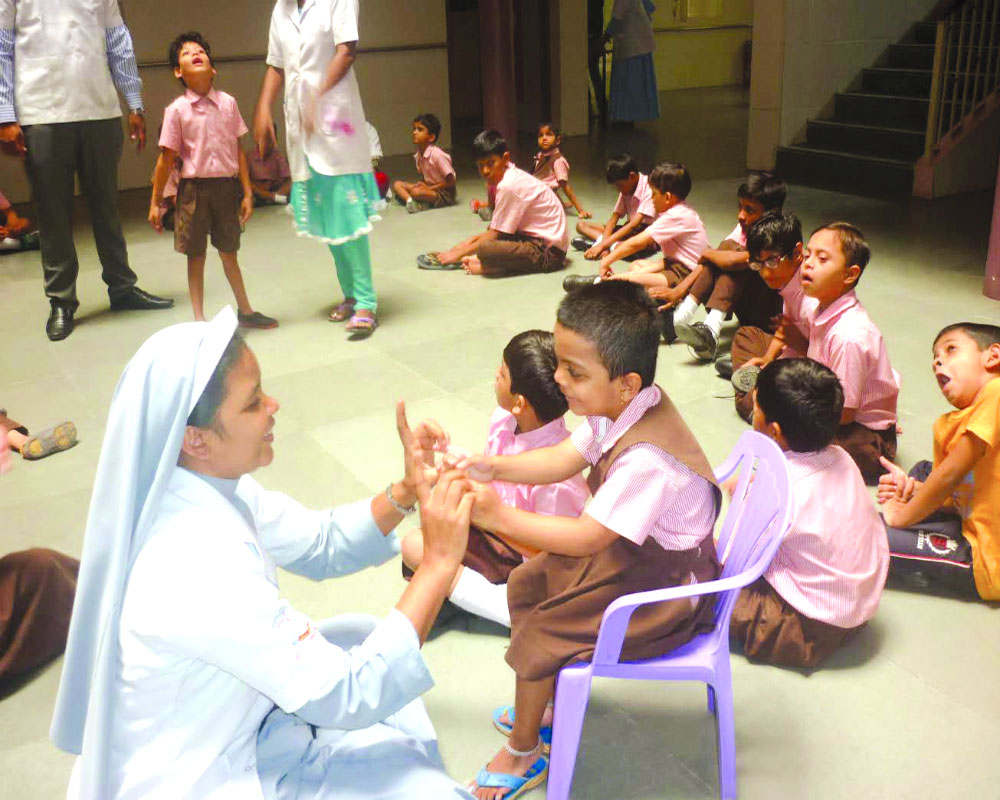 The heckling of two nuns in Jhansi is making news and brings to the fore the conversion debate at a time when five Assembly elections are round the corner. In the incident, two nuns travelling on a train were mobbed allegedly by a group of Akhil Bharatiya Vidyarthi Parishad activists. They felt that the nuns were in some way involved in conversions, though there was nothing at the spot to suggest this. Still, their journey came to an abrupt end. Mercifully, they were not hacked which was not a distant possibility.

It happened in Uttar Pradesh (UP),  which has been at the forefront of ‘love jihad’ and other minority-related issues. To date, there is no law in UP against conversion though a controversial Bill is on the anvil. The Act will debar religious conversions by inducement, though conversion by free will would be allowed. That is when it comes into effect. Eight States have already passed a similar Act.

Article 25 of the Constitution guarantees the freedom to profess, practice and propagate religion to all citizens. For argument’s sake even if the law was enforced and the nuns were involved in conversion, it does not become the Right-wingers’ prerogative to enforce it. The self-assigned custodians of Hinduism who try to enforce the law are by its very definition outlaws. It is the job of the police, not citizens, to bring the culprits to book.

Conversion is an old debate and Christian missionaries have been under the scanner for it. Muslims, for that matter, are spared from this debate (love jihad is a different issue). Other mass conversions that take place are from Hindus to the Buddhist fold. Since Babasaheb Ambedkar converted to Buddhism along with several of his Dalit followers, the trend has continued. Most conversions that take place from the majority community to minority are frowned upon while the ones from minority to majority are welcomed as homecoming. Double standards there!

Right now, over 1,000 applications are pending in Gujarat for conversions. Most of them are from Hindus who would like to embrace Buddhism. The Right wing should view such conversions as a reason to introspect rather than blaming the other religionists for wooing their flock. Almost all Hindus who have applied for conversion to Buddhism are Dalits.

These champions of Hinduism must raise their voice when atrocities are committed on Dalits. From the suicide of Rohit Vemula to the flogging of Dalit workers, hardly ever has a Hindu outfit stepped forth to protest such incidents. If you don’t treat your co-religionists well, such applications are bound to increase.

As far as Christian missionaries are concerned, there is no denying that they are entrusted with the task of converting people and that is how Christianity spread across the globe. For that matter, that is how Buddhism spread when Emperor Ashoka sent his emissaries to spread the teachings of Buddha to various places. No harm in that.

The charge often levelled against Christian missionaries is that they do so by bribing and inducement. Allegedly, huge sums of money are spent by Christian organisations for converting the tribal and Scheduled Caste Hindus. That Odisha is the State where such practice takes place is a myth that needs to be busted.

This writer had filmed a documentary in Manoharpur in Odisha where missionary Graham Staines was burnt alive with his two sons, Philip (10) and Timothy (7), on the night of January 22, 1999, for allegedly converting tribal Hindus. The spur to do the documentary was a small story in a newspaper. Gladys Staines, the widow of Graham, had said that she had forgiven Dara Singh, the murderer of her sons and husband. It takes real conviction and guts to even pretend, let alone forgive by heart. The lady surely deserved to be portrayed in the right manner but she chose otherwise.

The place was so backward that it had no electricity, market or a pucca house. Primary health services, banks, police stations were a far cry. She still worked there and ran a hospital and provided many basic necessities to the people.

You don’t need a million dollars to convert people there; just a loaf of bread and a dressing on a wound would do. Can the Right-wing groups please do something about their plight so that no one would ever think of converting? Service to mankind is a basic Christian tenet.

In any case, the Christianisation of India is a lost cause. It could not happen during the British rule, so now the chances are even less. There are practical reasons: By converting, the SCs lose the tag and thereby many Government benefits. Also, they cannot move up the social ladder in the religious hierarchy. Raising the bogey against conversions is easy but far removed from reality.