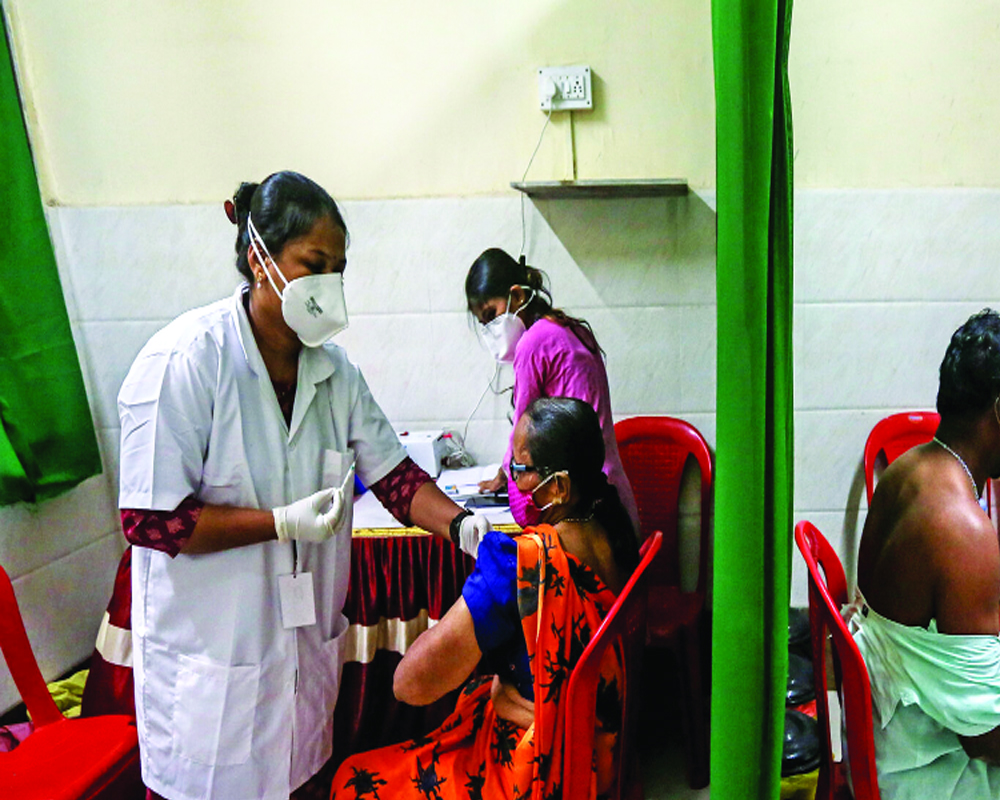 There’s an urgent need to look at the pandemic in retrospect and, drawing lessons, to plan steps for the future. We must not let our discipline flag

A new viral disease named Coronavirus or Covid-19 which became a worldwide pandemic was hitherto unknown,but emerged so far believed to be accidentally inlate 2019 from the laboratory of China’s Wuhan University’s School of Virology. China came to know of it immediately in November, 2019 but India was notified by WHO in late January, 2020. India’s Lock down was announced late night of March 25, 2020 and came into effect midnight the same day. Parliament was in its Budget Session from January 28, 2020 till March 13, 2020. Five MPs contracted the virus but recovered in due course. However, one Minister become a fatal victim of the virus.

In the research conducted for long, the US military research establishment and India’s Tata Institute for Fundamental Research through its branch in virology located in Bengaluru participated in the Wuhan research to experiment on Bats in Nagaland during 2017-18. The present Principal Scientific Adviser to the Prime Minister was a prime mover in the project. As we discovered in the deposition by Ministry officials made to the Standing Committee, the Nagaland Bat Research Project was implemented without formal clearance of the Modi Government. Because of my insistence, the Government agreed to constitute an Inquiry into the irregular Bat research project, especially since Chinese money was paid for research conducted. Such disregard of procedures, necessary for clearance of foreign funded research should never again be allowed with impunity by the Government.

Because the Pandemic emerged In India suddenly, followed by a drastic nation-wide lockdown with just four hour notice through a television broadcastby the Prime Minister Narendra Modi threw the nation into complete pandemonium.There were no vaccines for the entire new virus and deaths were taking in unprecedented pace.  People were stunned with the seriousness of the illness that followed. Indians particularly were vulnerable because the majority lacked social protection and easy access to quality health care and had meager productive assets.

Nevertheless the team led by the Union Health Minister Harsh Vardhan did a commendable day and night work, brought the incidence down steadily so much so the world began to felicitate India. But this led to celebration, and complacency despite scientists in India warning a second round could come soon which be a new more terrible variant. This did come like a tsunami completely disrupting the medical infrastructure and the disruption feeding on the lack of contingency planning for another more virulent variant. Nations which were praising India earlier now suddenly began sneering at our pathetic situation and referred to the new virus as the “Indian variant”. These countries have been shy to call the original Covid 19 a “Chinese Virus”.

The recent outbreak of second wave of COVID -19 and the oxygen shortages in India have clearlypinpointed the lacunae in the Government administration.The Government however began devoting attention for producing anti Covid-19 vaccine. Despite India being the largest and cheapest producer of vaccines in the world, Modi government began focusing on a foreign imported vaccine produced by a joint venture of Oxford University and Swedish Astra Zeneca. This vaccine did not have clearance in US, EU or even now in Sweden itself, not to mention Denmark and other nations.When it was announced that the Pune based Serum Institute of India SII would get the exclusive contract to produce Covishield, I raised a public protest and also requested for a urgent meeting of the Parliament’s Standing Committee to know why the Bharat Biotech Ltd headed by a husband Dr. Krishna Ella & wife team, both Ph. Ds from the University of Wisconsin USA and settled in India, which could produce a wholly swadeshi vaccine, and much cheaper, was denied the contract.

It was good that at first I got the Union Health Ministry’s full support and then the Prime Minister called an urgent meeting at late night the same day announced the Bharat Biotech would also get the contract to produce Covaxin. Dr. Krishna Ella was one of those rare persons who tweeted thanking me for my efforts. Later the Prime Minister also showed his faith by taking the Covaxin two shots at AIIMS. Today, because of Bharat Biotech we may be able to become self-sufficient by 2021 end. Unlike other foreign vaccines, Covaxin has the best performance as far as the collateral side effects are concerned. Reputed scholarly magazines such as Lancet have praised the Covaxin performance as optimal. According to the lead Editorial of Economic Times dated May 17, 2021, titled : “To Beat Variants, Go Big on Covaxin” and subtitled “It’s found to neutralise all emerging variants,” it is stated that “ With a study in the peer-reviewed journal,  Clinical Infectious Diseases, revealing that indigenously developed Covaxin is effective against all known variants of Covid-19, the Government should make increasing its production a chief priority.”  This is the second best tribute after the international reputed Lancet praised Covaxin.

Where do we stand today in India in terms of ending the pandemic and returning what we know as regular freedom of life and liberty? The light at the end of the dark tunnel is visible but we can trip again en route to the exit out from the darktunnel? Within the latest variant of Covid-19 peaking around May 15 this year, if our discipline does not flag as it did during mid-March to May first week, as it did as exemplified by pandemonium of election rallies, Kumbh Mela, and sheer indiscipline on the streets, we should be rid of the latest variant induced Covid-19 pandemic.

There is no doubt that the medical infrastructure in India is weak because of the lack of required Budgetary allocation for Health, years after years at less than 1.5 per cent of the total budget. Even the Finance Minister displaying her total lack of application of mind, in her written speech which she read out in Parliament in February this year, that Health Ministry would get an increase of 137 per cent more than last year’s revised estimate, when in fact as pointed out by the Parliamentary Standing Committee, it was barely above last year’s after adjusting for inflation. Such ignorant Ministers are the bane of the BJP government’s governance capability. This needs to be rectified. That is why I had suggested that the Prime Minister delegate by setting up a Crisis Management Task Force to be headed by an acclaimed efficient Minister such as Nitin Gadkari.

We must also rethink the future of our environment and tackle climate change and environmental degradation with ambition and urgency. Only then can we protect the health, livelihoods, food security and nutrition of all people, and ensure that our ‘new normal’ is a better onethan before ever. The scenario is such that it is now a test for those in power and authority who have proclaiming “Vikas” and Aatmanirbhar Bharat to display accountability, responsibility and obligation. The governing process suffered huge turbulence; the governed running helter-skelter; and governance stands truncated.

The author is Member of the Rajya Sabha and Parliamentary Standing Committee for Health and Family Welfare. The views expressed are personal.