The disappearing wetlands of India

The disappearing wetlands of India 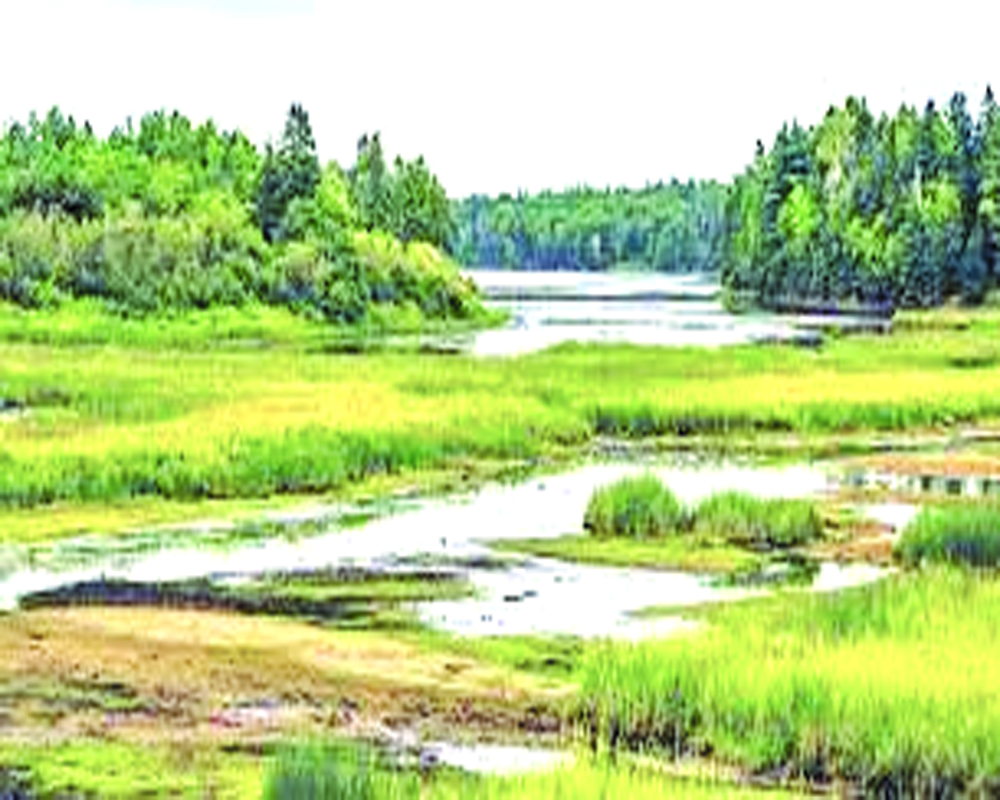 The presence of wetlands in urban India is almost taken for granted. These stagnating marshes and bogs are instinctively seen as dumping grounds for construction and other waste material. Almost every city and town in India probably has that wetland which is suffocating under eutrophication thanks to proliferating water hyacinth and algae.

As the water body and the life forms in it fight a losing battle, the final nail in the coffin is served by the real estate mafia who nibble away slowly but steadily at the wetland till enough land is cleared up to be encroached. Thus, in this manner another wetland in India would have died a silent death.

India has 7,57,060 wetlands that are ostensibly protected by the Wetland (Conservation & Management Rules) 2017 but unfortunately the enthusiasm of the rules doesnot extend beyond the paper as illegal acts continue to wreak havoc on wetland across India.

The size matters too, the smaller the wetlands the lesser their chance of survival. In fact, 5,55,557 wetlands out of the 7,57,060 are smaller sized wetlands and hence at a greater risk of disappearing swiftly. But smaller wetlands are by no means environmentally irrelevant as they support almost the same scale of aquatic life and rich biodiversity as the big wetlands.

Historically, India was a water surplus nation due to the widespread availability of wetlands, but these water bodies were eventually sidelined in favour of piped water supply so as to gain control over an important natural resource such as water.

Though this act of colonizing water resources provided power and cash to humanity, but it sealed the fate of wetlands forever and resulted in the beginning of water scarcities.

It is critical for India to understand the role played by wetlands to enhance water resources availability and rejuvenate these water bodies so that water scarcity is replaced with water security.

Apart from being a valuable water resource, wetlands play an essential role in conserving environment and keeping climate change in check. These underestimated water bodies can absorb carbon, replenish groundwater and prevent floods.

They also play a vital role in attracting a variety of wildlife including migratory birds due to which the region around the wetland develops a very healthy balance of human existence and flora and fauna.

The wetlands provide good moisture content in the air which in turn plays a critical role in reining in air pollution.

Let alone metropolises, the wetlands in smaller cities in India are facing woeful times. Uttarakhand in northern India is an apt example where over 70 per cent of the 994 documented wetlands are facing extinction due to delayed conservation. The 2.62-hectare Niranjanpur wetland in Dehradun lying in a coveted real estate location is fast falling prey to builder mafia on one hand and becoming dumping ground for domestic and construction waste on the other. As the construction waste and rubble gradually reach the wetland floor, the process of the water body drying up begins. This is accelerated by the lack of rains and ever-increasing eutrophication levels. All these factors eventually pave the way for real estate builders to approach the dried-up wetland area and usurp the prime property.

These conditions are fast becoming normal for most of the wetlands in India and unless remedial measures are undertaken on priority basis, the nation will lose some of the best and oldest natural water bodies. In order to make an immediate difference, the government must commission a satellite-assisted remote sensing-based wetland census project to authentically draw up a data of current number of wetlands across India. The last such wetland census exercise was done in 2013 and the data is too old considering the pace of climate change and anthropogenic activities which have changed the ground situation very much since then.

In addition to this, all the available data concerned with wetlands must be digitally inventoried. This will help ear-mark wetlands and their buffer zones on public domains and, therefore, assist planners and the public to steer clear of the same when undertaking developmental activities. This in turn will stop encroachment in the name of development.

The government must also undertake immediate measures to cut off the nutrient-rich domestic waste seeping into wetlands as it assists in the growth of algae and water hyacinth. Finally, a nation-wide wetland de-siltation project will aid in restoring the lost glory of the wetlands and halt their disappearance.