The dragon’s footprint in selective spread of Covid?

The dragon’s footprint in selective spread of Covid? 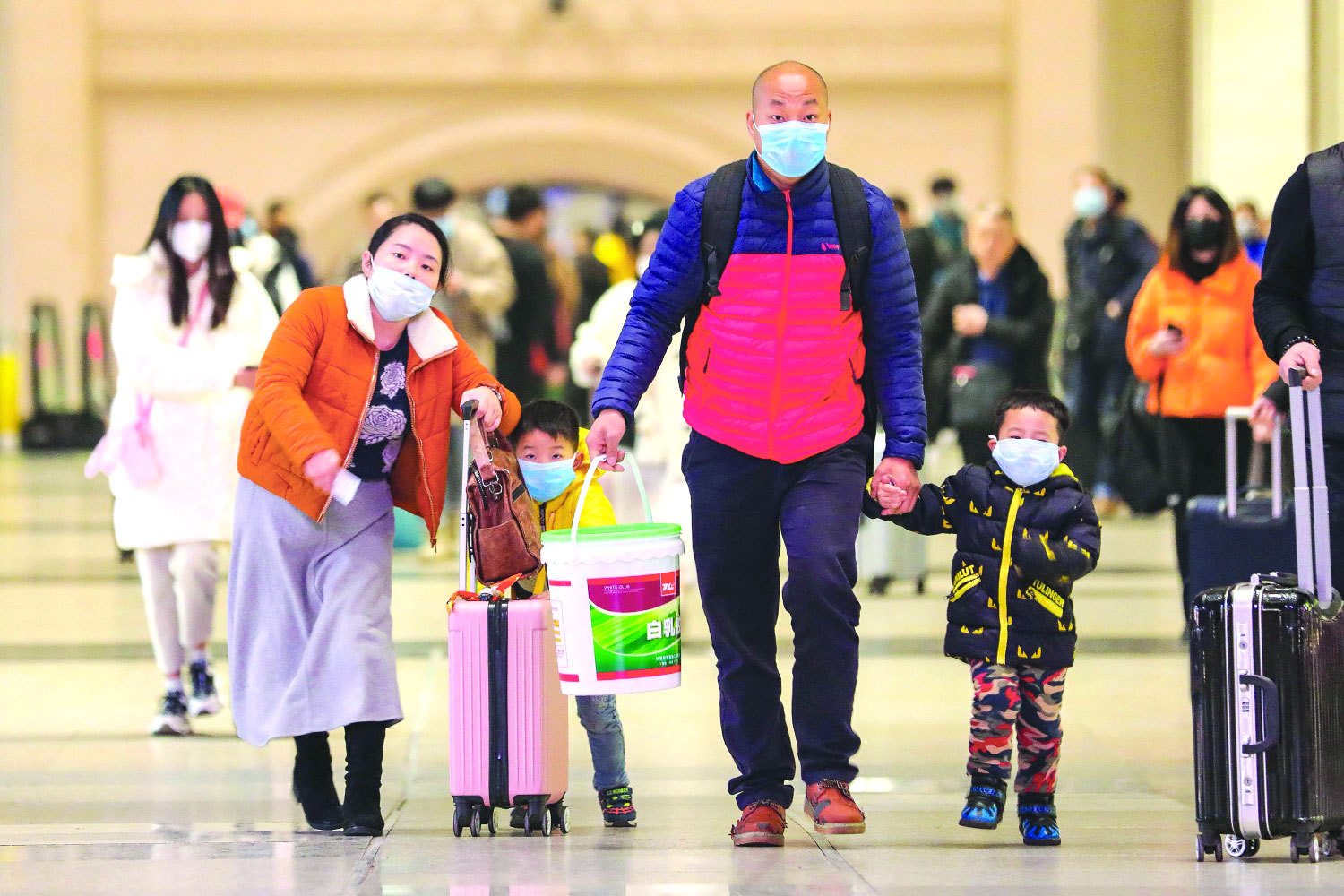 Surprisingly, the virus affects only the countries that may have a capacity to control China’s hegemonist ambitions and not those securing aid and assistance from it

It is widely suspected that the COVID-19 virus was manufactured in a laboratory in China and was let loose on the world. It is China which is thus claimed to be largely responsible for the loss of more than 3.3 million lives and causing untold suffering to a far greater number of people.

If we look at the list of death by countries, we will see that over half a million died in USA, the biggest trade and military rival of China.  Brazil and India, which are the two major members of the BRIC countries that together could make a formidable power of challenge to China have collectively recorded over another half a million deaths.  Western European countries, which are allies of US and are power partners in the UN and NATO and dominate the world of commerce and military under the patronage and partnership of US, have collectively seen another half a million deaths.

Actually, a laboratory manufactured agent of death has allegedly been unleashed into countries that are the major threat and hurdle in China’s marathon 100-year run to finish as the world’s largest super power. In about a year, not just death, the health and hygiene framework and the economic fabric of these countries have been damaged to such an extent that the recovery could take years. On top of that, these nations, mostly democratic, are now facing people’s ire due to unquantifiable suffering, and very stable political governance systems have been shaken to the core. This kind of warfare has never been witnessed before in human history.

From the same list of countries, one may observe that countries in the neighbourhood of these strategic nations have not been so much affected by the Chinese virus at all.

Is it a coincidence or a conspiracy that nations like Pakistan, Myanmar, Bangladesh, Sri Lanka and Bhutan, most of which have societies that are closely linked to India’s in trade, cultural exchange, familial relations and interactive through our perforated borders do not have the viral infection anywhere near to the proportion in India?  Is it a coincidence or conspiracy that a similar disparity in the viral spread happens across Europe and only NATO countries get severely affected and not the eastern nations on that continent? Why and how is that the Chinese virus affects only countries that may have a capacity to successfully control the hegemonistic ambitions and not the countries that secure aid and assistance from China and remain subservient to the growing power of the dragon?

This is only possible with the help of a laboratory generated virus and not through an organism spun out of organic evolution.  For this very reason, India should never accept the vaccine, medicines or any material of mass consumption originating from China, because we could just become sitting ducks for a conspiracy that is deep and wide and is brought out through a careful fusion of science, technology and hegemonistic strategy.

We are living in times when completely unthinkable and what we thought as impossible have begun to happen.  This month, a rocket launched by China fell back into sea and space agencies have wondered what might have fallen from it into the Indian Ocean. We all remember not may years ago, across the world, unsolicited packets of seeds arrived at people’s doors from China and agriculture experts warned people not to sow them, for they might be seeds that will destroy the native species and obliterate our food security.

Australia is in the eye of the storm of the dragon because of its developmental position in south east and scientists wonder if there is any Chinese connection to the devastating wildfire of last year that burned for weeks on end. For scientists, the devastating glacier burst in Uttarakhand’s Chamoli district, which lies in proximity to China, is also an unusual and rare occurrence in the peak winter months when the Himalayan glaciers remain in deep frozen state.

Technology companies in the Silicon Valley are increasingly being established and led by people of Chinese origin, which might help in China in global surveillance and information collection.  Zoom, the leading Video Conferencing facility has been blamed on that count and nations have suspected that information from secretive and strategic video conferences may have already reached Chinese information archives.

A recent publication of NITI Aayog has elaborately traced the character of India’s rural economy and put into perspective the importance of rural sustainability of the nation. Although India is in a transitionary state of economic resurgence, 68.8 per cent of the nation’s population and 72.4 per cent of nation’s workforce are from rural areas.  Nearly half of India’s National Domestic Product (NDP) is still rural. While 96 per cent of agricultural employment is rural, 48.6 per cent of non-agricultural employment too is rural.  Because of this, sustainable development of India depends predominantly on rural industriousness, productivity, dynamics and livelihood quality.  The efforts of the Khadi and Village Industries Commission (KVIC) are intricately linked to this horizon of rural sustainable development of India through nearly 100 different kinds of rural industrial entrepreneurship and handholding activities. KVIC has been sustaining a major part of village industries in India through over 40 offices spread across the nation, around 5,000 aligned institutions, 23 departmental sales outlets and around 8035 Khadi sales outlets /Khadi Bhavans run by Khadi Institutions. The direct beneficiaries organized through this mechanism exceed 15 million people, while indirect beneficiaries run into several additional millions. If you put together the direct, indirect associated and familial beneficiaries of this carefully hand raised and sustained sector, it could well over be a billion people in the lifeline of village industries sustainable development programmes. China understands the socio-economic and socio-political power of this community and its influence on the mainstream life of our nation.  And it engages itself in a calculated and consistent manner in which this delicate balance could be obliterated, so that the nation can be hollowed from within.

In taking some examples of this phenomenon, the ‘agarbatti’ (Incense stick) industry stands out. Out of the half-a-million-metric-ton ‘agarbatti’ requirement and production in India annually, over 80 per cent raw material come from China and Vietnam.

Even the national flag of India that is only made with Khadi cotton or silk fabric was not spared by Chinese invasion. Counterfeit national flags made of plastic and other artificial material from China flooded Indian markets forcing the current government to place the National Flag under prohibited category of import in October, 2019.

Similarly, the traditional Indian Silk Industry, the heritage art of clay pottery, handmade paper and leather industry were driven to the verge of extinction. Imagine, the idols of Indian deities were made in China and worshipped in Indian households.  Toys, honey, minerals, and dozens of other natural-resources-based village industries have been rendered unproductive due to Chinese economic aggression of pushing through our market a subsidized and quality-compromised product till recently, until the present government made corrections by imposing higher import duty and import restrictions on such Chinese products. It will, however, take years for the Indian village industries to recuperate from the Chinese intrusion and be self-reliant in all respects.

One can imagine the invasion of the dragon.  The fire is not in the borders that guard the nation. The fire is burning the nation to its core and is devouring the integrity, national character and our very ways of existence.  And we have unconsciously allowed that.

The author is Chairman, Khadi and Village Industries Commission, New Delhi. The views expressed are personal.