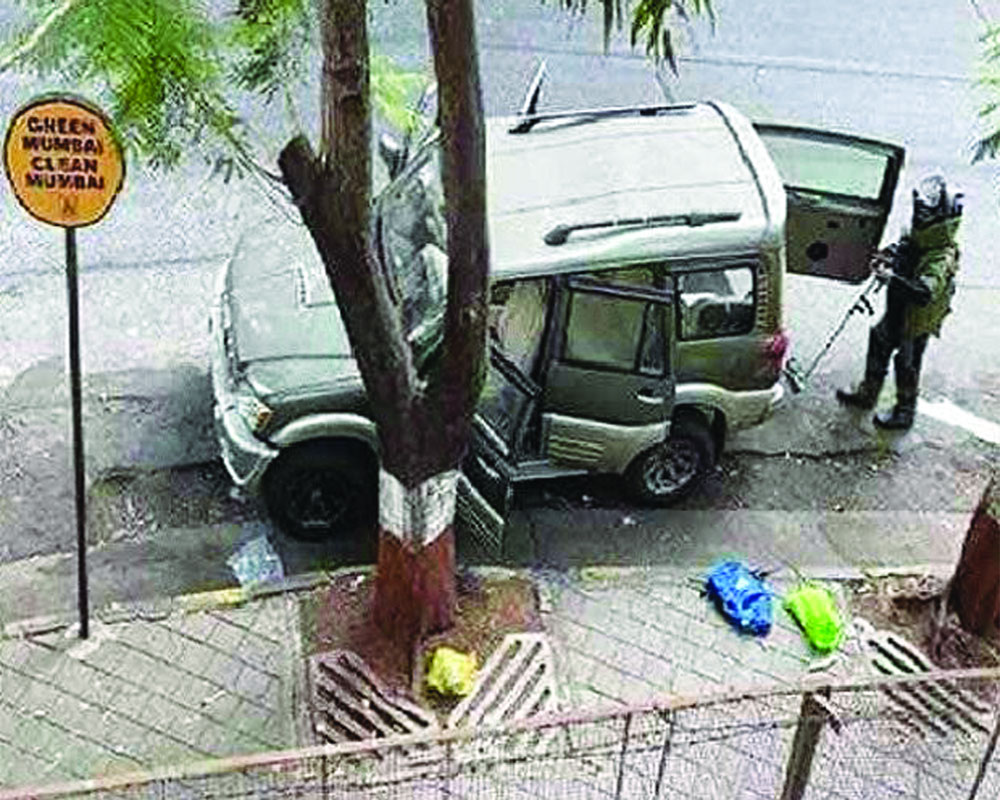 Is the Mumbai Police Commissioner's transfer a ruse to deflect attention from an uncomfortable truth?

No matter how shrewdly you plot something, you will always leave a trail while executing the nefarious activity. Looked at diligently and linked together properly, the trail always leads to the real perpetrator/s. However, if the culprits are high and mighty, they will make all efforts to ensure that their traces are wiped clean. The shifting out of Mumbai Police Commissioner Param Bir Singh from the prime post, a reshuffle that came three days after the National Investigation Agency (NIA) arrested Assistant Police Inspector Sachin Vaze in connection with a case where a Scorpio car laden with 20 gelatin sticks was found outside Mukesh Ambani’s residence ‘Antilia’, appears to be a lot more serious development than just a “face-saving exercise” by the Maha Vikas Aghadi (MVA) Government, as is being made out to be. Often, lower-rung, trigger-happy “encounter specialists” like Vaze are given a free hand and prominence by their seniors at the behest of their political masters, to be used in a quid pro quo by the politicos as and when required. But no matter how powerful Vaze must have been, it’s hard to imagine that an Assistant Inspector-ranked officer would have had the courage to scare a top industrialist like Ambani by himself. It would not be wrong to assume that Vaze is just a small fry in the operation. However, it is for sure that when things go wrong, officers like him — and sometimes seniors — are made the scapegoats and dumped.

In the tripartite Government, the NCP’s Anil Deshmukh is the Home Minister. The anxiety on the the part of the NCP can be gauged from the fact that party chief Sharad Pawar met Chief Minister Uddhav Thackeray after Vaze was arrested by the NIA. Only Thackeray and Pawar must be aware of what transpired at the meeting but the Mumbai Police Commissioner was shunted out only after this meeting. What was the hurry on the part of the Government? Who are they trying to save? Is it just a damage-control exercise or is there something more than meets the eye? Even if a case is being investigated by the country’s premier investigating agency, a Police Commissioner could still be powerful enough to tamper with the evidence as it is not only electronic but physical, circumstantial and of other types, too. But it can be done only if he is in a position of authority. A bureaucrat accords top priority to his career; on the other hand, it’s like a double-edged sword for politicians if they are complicit in a crime. They know that besides facing the Opposition, they may have to face the music if the investigation leads up to them. They would, therefore, do whatever it takes to save their necks — appointing a new police chief, dismissing the lower officer, initiating inquiries and even reaching out to the political opponents to cut a deal. As the NIA investigation unfolds, the situation will become murkier by the day. Let’s see what happens in Maharashtra and how many “dirty fish” are netted by the investigators.