The important issue of unemployment

The important issue of unemployment 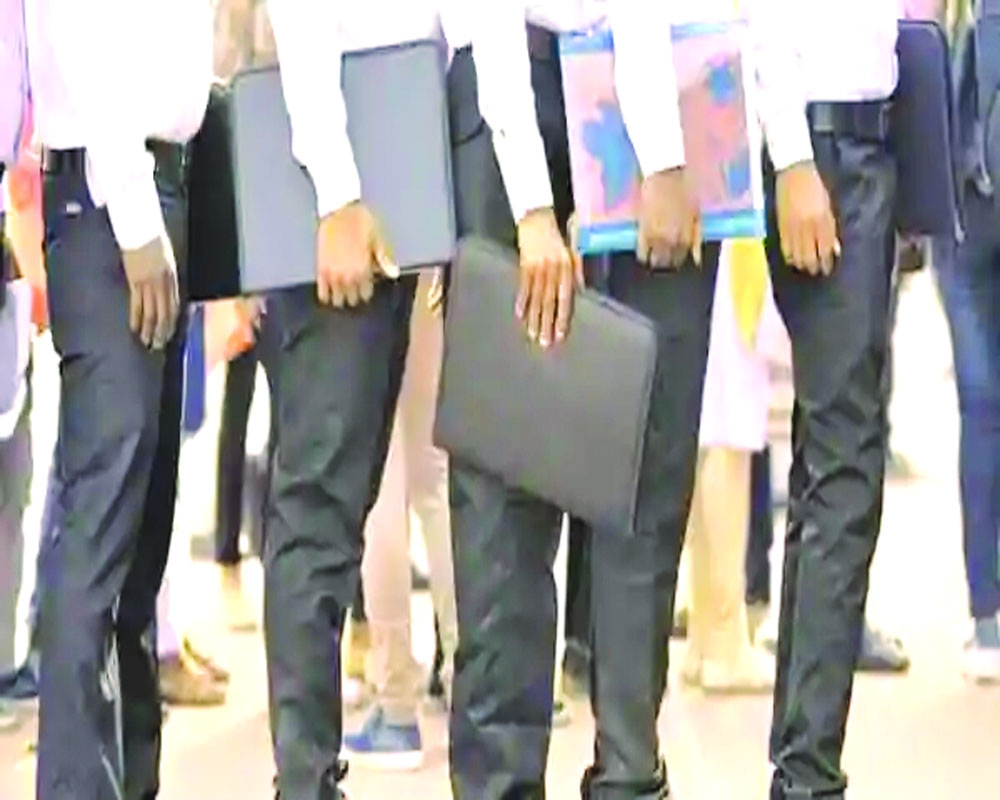 The issue of unemployment is getting maximum attention from politicians, policy makers, economists, civil servants and media. In the beginning of the coming year, elections to Uttar Pradesh and several other states are to be held and political parties across the board have realized that unemployment is a live issue with the youth and they have to provide solutions to this problem. Promises are being made one after another.

In the recent Bihar elections, one party promised 10 lakh jobs. Just the other day, I witnessed on TV a national party promising one lakh jobs within six months of coming in power and also about giving an unemployment allowance. Parties in power are talking about the number of jobs that they have created. It is clearly a crucial issue wanting a policy response from governments.

The problem of unemployment has become more severe due to the extraordinary circumstances created by COVID-19. A study done by Azim Premji Institute showed that about 100 million people lost their jobs in the nationwide lockdown during April to May 2020 and even though the situation improved after that, about 15 million workers continue to remain out of work and the incomes also are depressed. As a result, the labor share of GDP has fallen by over five percentage points from 32.5 per cent in the second quarter of 2019-20 to 27 per cent in the second quarter of 2020-21.

Of the decline in aggregate income, 90 per cent was due to reduction in earnings implying that though most of the workers got back to work they had to settle for lower earnings. States having a higher number of Covid-19 cases were responsible for higher number of job losses. Lockdowns led to fall in mobility further causing decline in the income levels. The impact of the pandemic was disproportionately higher on the women and the younger workers. The study found that only 19 per cent of women workers remained employed. One reason was that with the new culture of work from home the burden of domestic work increased and working women had to bear the brunt of it.

COVID-19 also resulted in a change in the structure of unemployment. Workers moved from formal to informal employment and from salaried jobs to self-employment and daily-wage employment. The reverse movement from nonfarm to farm jobs took place as migrant labor rushed back to their villages and agriculture emerged as a fallback option. This is the very opposite of what happens when development takes place.

COVID-19 reversed the process of development and pushed millions into poverty. Another study found that about 230 million people became poor as result of the adverse impact of Covid. Inequalities also increased as the poorer households were worse affected. During the 2020 lockdown the poorest 20 per cent of households lost their entire income. The decrease in income led to households reducing their food intake and borrowing money thereby making them more vulnerable. There was already a situation of excessive number of people subsisting on the small and marginal holdings that characterize our agriculture sector. With migrants and others returning to their villages the already existing problem of disguised unemployment was further exacerbated.

The problem of unemployment is not only because of Covid but has been widespread even before the pandemic set in due to various structural factors. India is a young nation and majority of its population is in the age group between 15 to 45 years and the median age is 28.4 years. Almost about eight to 10 million new entrants are entering the labor force every year. India should be able to take the advantage of this favorable demographic dividend but the growing unemployment is a major obstacle in the path. The country is faced with the challenge of employment creation as well as that of under employment. The interesting thing is that we have witnessed almost seven per cent growth rate per annum since 2000 but the employment growth for the same period has slowed down to even less than one per cent. Curiously in the 1970s and 1980s when we witnessed the “Hindu” rate of growth of three per cent, the corresponding figure for rate of growth of employment was around two per cent. This jobless growth is indeed a cause for worry. With the advent of cost-effective modern technology industry has been replacing labor with capital. Moreover, it has been argued by some that because of the lack of labor reforms and consequent rigidity in the labor market there is a greater incentive for industry to substitute labor with capital. It is also a fact that the majority of the organized manufacturing sector is paying wages below the minimum salary recommended by the seventh central commission of Rs.18,000 per month leading to a situation where there is great hunger for a government job. In UP we found that even when jobs in the “D” category were advertised the majority of the applicants were graduates and even Ph.Ds. had applied. For a few hundred jobs more than a lakh had applied. Nothing brings out the crucial issue of unemployment more than these figures.

To tackle the problem of unemployment on a war footing requires the creation of a data base of unemployed people. The employment exchanges need to be modernized and computerized so that they can match people with jobs. There is a need for a separate department of employment as currently this is a part of the labor department. Above all, it is imperative to have a national employment policy. It will need to be formulated after consultation with all stake holders including employers and organizations of workers. This policy will not merely be a job creation programme but attend to factors relating to demand and supply of labor. It will endeavour to provide decent work to people maintaining international labor standards and ensuring social protection and fundamental rights to the workers.

Such focused attention on unemployment is required to address the vital issues of huge informal employment, rising unemployment amongst the youth and the educated, shortage of skilled work force, jobless growth, declining female work participation rate, threat of automation and the changes that technology is bringing to the overall job environment.

It is hoped that in the coming elections all the political parties will make creation of employment their most important agenda. If this does not take place then the demographic dividend will be converted into a disaster and the abundant energy of youth shall be diverted into negative channels.

(The writer is former Chief Secretary, Government of Uttar Pradesh. The views expressed are personal.)