The lost cause of ingenuous tribals

The lost cause of ingenuous tribals 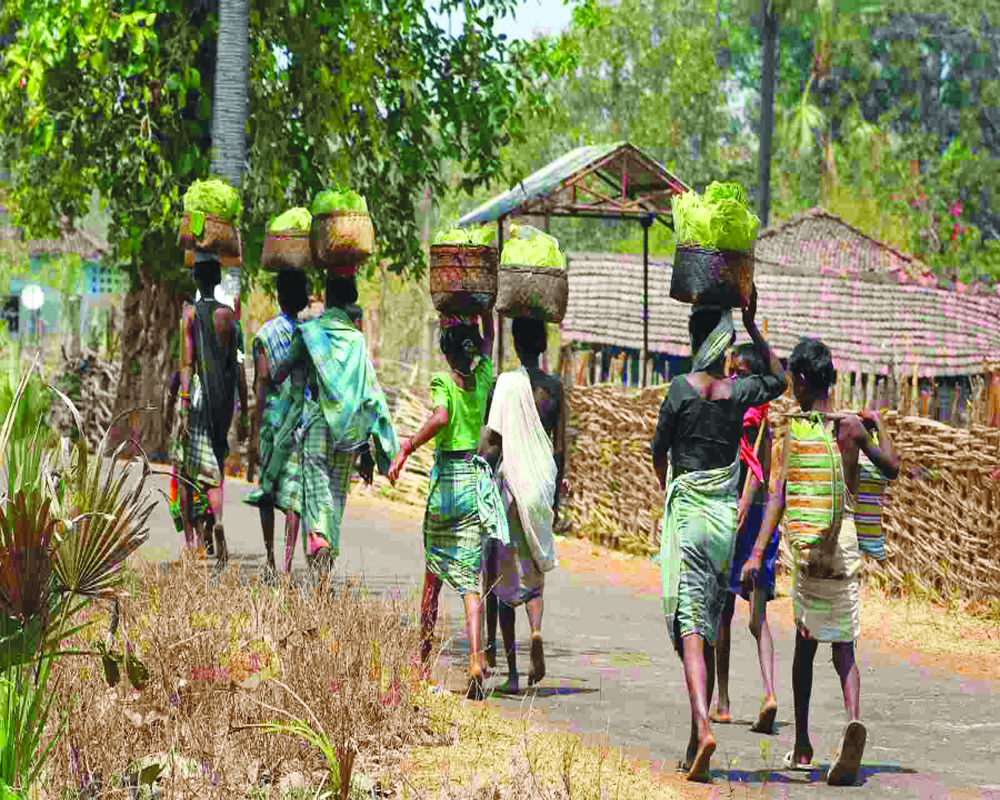 The poor forest dwellers are at the mercy of no one, despite being the best caretakers of the forested greens and the environment

The recent upsurge in Maoist violence puts the focus back on tribal issues, rarely discussed in the mainstream. Even though the tribal population is nine per cent, they live as invisible Indians. Their presence is felt only when they make headlines for the wrong reasons, for obstructing traffic with their protests, for instance, and thereafter again fade into oblivion.

These are the people who have been on the frontline of India’s war of independence and the ones to have suffered the most. The British branded 150-odd tribes as “criminal tribes” by imposing the Criminal Tribe Act, starting in 1871. It took the Nehru Government five years to de-notify these tribes and replace the derogatory law on April 31, 1952. Adivasis now celebrate April 31 as the alternative Independence Day.

Even today, tribals live on the sidelines of the Indian political landscape. They are indeed the marginalised entities in India’s political life. The adivasis have lived in forests at peace with nature for ages. But they have been castigated, charged, blamed and demonised, often stripped of their basic human rights, their right to life and property included. They are evicted from their dwelling places in the name of conservation and national interest. To use the conservationist lingo, their habitat is shrinking. It is being usurped legally. Despite some sops here and there, the condition of tribals has not improved even after Independence. They remain on the margins, their life and livelihood constantly under the threat. The neo-colonial mindset has replaced the older one. Conservation is one big plank that is a legit and subtle way to evict tribals from their land.

The Forest Rights Act (FRA), 2006, for the first time recognised the rights of tribal communities to forest resources. Hitherto, Government Acts and policies did not recognise the symbiotic relationship of the forest dwellers with the forests. This, ironically, was always present in their dependence on the forest as well as in their traditional wisdom for the conservation of forests.

The path-breaking law gave three generations of tribals the right to live on their land. But they were asked to prove their ownership, which most of them can’t and that is the biggest stick to beat them up with. Though the authorities want them to show papers of the inheritance, they have lived on the land even before paper was invented! Even so, they have been branded a “danger to forest land and wildlife”.

The adivasis have managed their environment better than neo-conservationists. People in Gosaba, Sunderbans, are killed by the Bengal Tigers. There is a village in Gosaba named Vidhwapalli, a village of widows whose husbands were killed by tigers. The very same people feed the tigress who takes shelter in the village when she is about to deliver her cubs! Now think about the Delhi ridge or Mumbai’s Aarey forest constantly waning each passing year. Nearly 80 per cent of biodiversity in the world is in areas inhabited by tribals. They have conserved the forests pretty well. They take from it what they need, without making permanent damage and giving time and chance to nature to recuperate and grow. Their religious practices forbid them to even enter the core areas. The modern conservation programmes would have these forests as open zoos for the inspection of tourists.

While tourists and other outsiders are welcome, the

adivasis are not. They are aliens in their own homes. Even if they venture inside, they are beaten up, tortured, even killed by rangers. Their houses are burnt and properties vandalised. Not very long ago, a 13-year-old boy was shot in the Kaziranga for wandering inside the protected area. The park has a shoot-at-sight policy. The Jenu Kuruba, tribals living in the Nilgiri in Karnataka, are frequently shot while collecting mushrooms. Over 50 people have been shot dead by the guards in the last five years. Of course, you haven’t heard or read about them. They were seldom reported!

Another aspect of tribal persecution is the Maoist violence in forested areas. It is often reported from Chhattisgarh, Madhya Pradesh, Odisha, Jharkhand, and others. The security forces are up against the armed resistance in the forests. However, not all tribals are supporters or sympathisers of Maoists. Most of them face pressure both from Maoists as well as the security forces. They are routinely rounded up and made to suffer.

It is indeed a problem that refuses to go away. The Government, for its part, has never tried to find the root of the problem and solve it politically. The Maoists draw cadres from the wronged people. Since the exploitation doesn’t end, they never run out of cadres. The basis of the problem is indeed economic being addressed with force. Since 2010 when it was at its peak, it has come down. It is now confined to around 30 districts, but there is a long way to go. The gains of security forces are no guarantee that the problem is over. Maoism is a problem born out of the social and economic milieu of the region and lack of development. The Government gives them enough fuel and exploitation that oils this war machinery.

If the current rate of exploitation of nature continues, we may lose the forests and forest dwellers. And, with them, their wisdom to survive without harming nature.