The MTP Bill is a good move, but miles to go

The MTP Bill is a good move, but miles to go 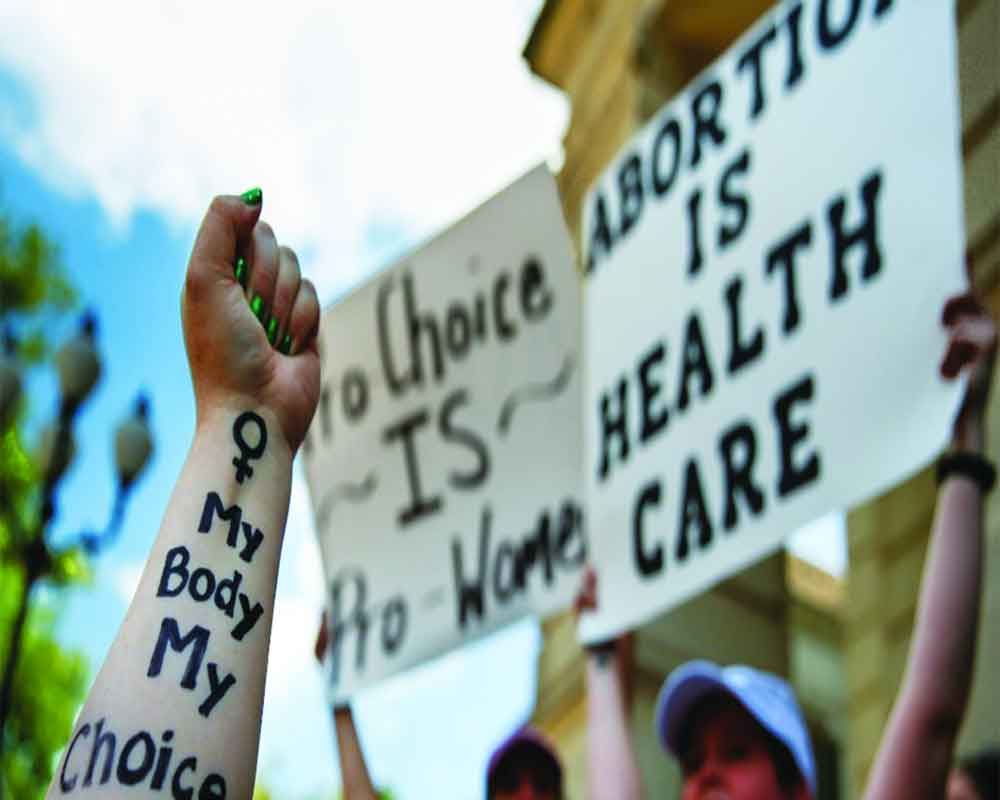 Due to the exclusion of abortion by choice in the current law, women end up being exposed to unsafe abortions, putting their health and life at risk

Abortion is a highly emotional issue and one that excites many opinions. However, equitable access to safe abortion services is first and foremost a human right. In March, the Parliament passed the Medical Termination of Pregnancy (MTP) Bill, 2021 to amend the Medical Termination of Pregnancy Act, 1971. This amendment will help expand access to safe and legal abortion services on therapeutic, eugenic, humanitarian and social grounds. The Bill seeks to strengthen provisions for protecting the dignity and privacy of women who seek the refuge of law when confronted with such a life-altering decision.

These provisions include an increased gestation period of 24 weeks from 20 weeks “for special categories of women” such as survivors of rape or other vulnerable women. However, the opinion of one registered medical practitioner would be required for termination of pregnancy of up to 20 weeks and the opinion of two registered medical practitioners would be necessary in cases that go up to 24 weeks. Sadly, the 24 weeks’ gestation rule will not apply for termination of pregnancy in cases of substantial foetal abnormalities. Significantly, the name and other particulars of a woman whose pregnancy has been terminated cannot be revealed, except when authorised by any law.

So the big question is, how would it impact women? We all know that the pandemic-induced lockdowns brought unintended consequences. Projections suggest that due to the inability to access contraceptives, Indian women may have an additional 2.4 million unintended pregnancies. Further, in the near-term due to the COVID-19 necessitated restrictions, close to two million women will be unable to access abortion services. In light of the above worrying trends, the MTP (Amendment) Bill, 2021, provides a more progressive law that would have long-term implications and give bodily autonomy to women. While there are pertinent aspects of the MTP Act, 2021, as a step towards safety and well-being of women and will benefit several women, it must be underscored that availing MTP within a specified age of pregnancy is the absolute right of a woman. Also, no pregnancy must be terminated, except with the consent of the woman.

In a progressive move, the Bill replaces the word “husband” by “partner” and hence acknowledges consensual relationships outside of matrimony. Plus, the details of the woman undergoing abortion cannot be revealed by a registered medical practitioner unless authorised by law. Violation of this would mean imprisonment up to a year, a fine, or both. However, some of the limitations of the Bill include lack of a rights-based approach by making it mandatory for women to justify abortion, riddled with accessibility issues, reproductive rights. The Bill also fails to address most of the problems with the MTP Act. First, it does not allow abortion on request at any point after the pregnancy. It is allowed only under particular situations — such as rape, foetal abnormalities, and risk to physical or mental health of the woman, and not because of her voluntary choice of not having the baby.

Second, it is not clear how the Bill would prevent sex-selection-based abortion. Third, while privacy is ensured for women over 18 years of age, those under 18 are not provided the confidentiality clause and their guardians must be informed. This may induce youngsters to resort to unsafe methods of abortion. Fourth, it enhances the gestational limit for legal abortion from 20 to 24 weeks only for specific categories of women such as survivors of rape, victims of incest and minors. This may expand third-party authorisation for abortion care due to the above provisions. Lastly, the Bill is silent about sensitisation of the healthcare community and the general public about safe sex and abortion rights, which could go a long way in eliminating the stigma associated with MTP.

The amendment in the Bill continues the legacy of hetero-patriarchal population control, which does not give women control over their own bodies. While it is commendable that the Bill proposed to expand the gestation period from 20 weeks to 24 weeks, this again can be limiting. There are multiple cases of delay in seeking access to pregnancy termination due to several reasons including but not limited to, sexual assault on a minor, delay in recognising the pregnancy, intimate partner violence and difficult family circumstances.

Due to the exclusion of abortion by choice in the current law, these women end up being exposed to unsafe abortions, putting their health and life at risk. However, considering the huge leap on abortion reform, India is standing among nations with a highly progressive law which allows legal abortions on a broad range of therapeutic, humanitarian and social grounds. It is a milestone especially for those who are vulnerable and victims of rape. The policymakers must consider the current deficiencies and take steps to improve the Bill further, so that it becomes a milestone in comprehensive abortion rights around the world.

Although India was among the first countries in the world to develop legal and policy frameworks guaranteeing access to abortion and contraception, women and girls continue to experience significant barriers to full enjoyment of their reproductive rights, including poor quality of health services and denial of women’s and girls’ decision-making authority.

Significantly, women’s rights and economic development are highly correlated. Today, the discrepancy between the legal rights of women is much larger in developing countries compared with developed countries. Even western democracies that otherwise seem to be leaders on an international human rights stage have historically struggled with the recognition of women’s rights to make autonomous decisions regarding the spacing and number of their children.

In this backdrop, India will now stand among nations with a highly progressive law which allows legal abortions. This Bill is a milestone which will further empower women. India, certainly elevates its standard at a higher pedestal through this Bill. It is hoped that the country makes proactive laws and implements them vigorously in so far as other areas of rights of women and girls are concerned.

Mehta is CEO and Editorial Director and  Verma is Research Programs Assistant at IMPRI. The views expressed are personal.