The pandemics & the epidemics

The pandemics & the epidemics 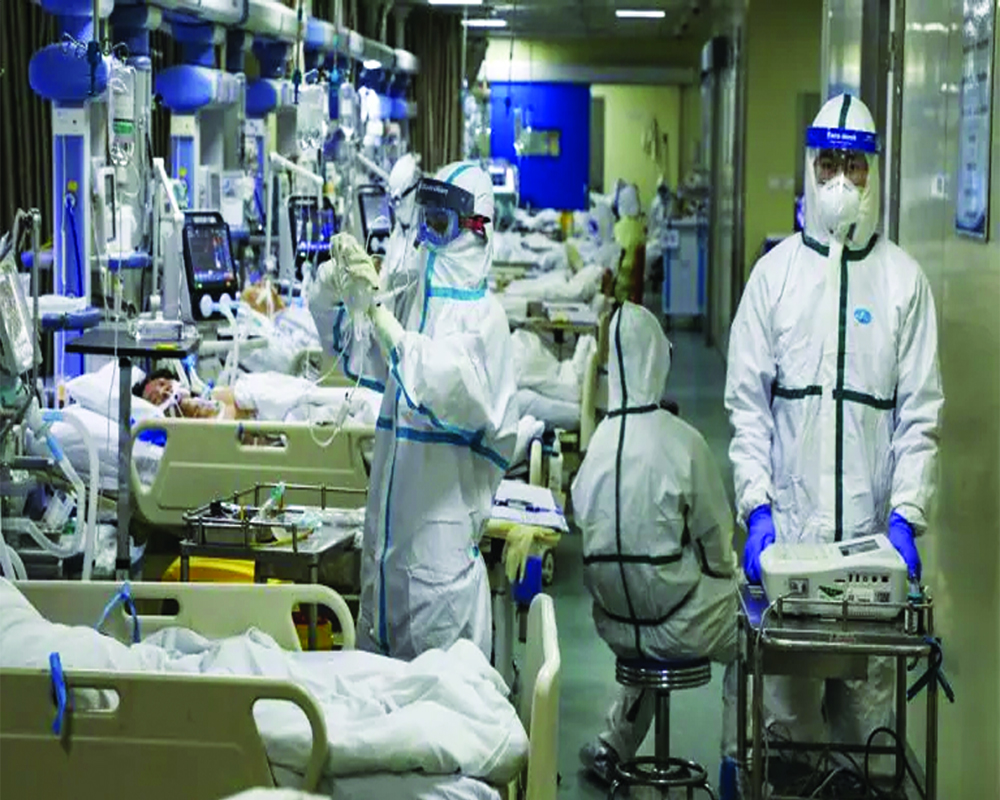 Starting from bubonic plague, there has been a series of pandemics. Corona is only the 12th to have hit the human race so severely

We all know that Corona is not the first pandemic to attack almost the entire world. One can only hope that it neither conquers countries nor changes the course of their history. The key to overturning a pandemic appears to discovering the heart of it; what precisely sets it off. What to destroy at the core of the disease and then how to destroy. While medical scientists and experts try to find a way out, the disease runs riot.

A consolation is that Corona is by no means the first pandemic. There have been 11 predecessors and Corona is the 12th. As far as the recorded history tells us, the first calamity was caused by bubonic plague which suddenly sprouted into an Egyptian port in the sixth century. On record, it has been called a pestilence; the word pandemic is a recent innovation. The plague spread far and wide and, on the way, it went to Constantinople across the Adriatic Sea, then Rome, from the Eastern to the Western Roman Empire. From early years, plague was nicknamed “Black Death”.

It then spread across Western Europe, including Britain. Incidentally, at Constantinople at the time, ruled the Emperor Justinian. I remember him in history for building the Hagia Sophia, the architectural icon of the city and, for centuries, of an empire. The Turkic conquerors built four minarets and converted it into a mosque. Kamal Mustafa Ataturk in the early 1920s changed it to a museum which, very recently, President Erdogan has reconverted it into a mosque. Incidentally, in parts of the German-speaking areas, Jews were accused of poisoning the wells’ mud, and hence the drinking water. As a punishment, the Jews were given the choice of either converting to Christianity or face death. Those who did not convert were taken to Jewish cemeteries and collectively on fire.

Some historians believe that the plague was a very big blow or setback to the Eastern Roman Empire, which became weaker with time. No wonder that its successor, the Byzantium, failed to stand up to the Central Asian Turks who invaded first Anatolia and eventually also Constantinople and changed its name to Istanbul. This shows how a pandemic can affect the destiny of a civilisation. Christianity in the avatar of the Eastern Roman empire did not decline, but the Empire did. The Church is still headquartered at Istanbul with only about two to three per cent Christians.

Smallpox was the next epidemic that came from time to time and place to place. But regardless, it was a disease which was generally feared as an endemic; it continued to frighten people until some decades ago. So much so that, in most parts of Asia, every infant was compulsorily vaccinated against it. Out of fear, in India the disease was worshiped as Sitala Devi and there were temples dedicated to her. Experts suspect that it began as a virus carried by cows, camels or monkeys. These useful animals might have passed on their virus when their domestication began. The disease began, it is conjectured, about 1,100 years BC because it was detected in some Egyptian mummies of the time. One or two Roman emperors were recorded to have died of smallpox at the turn of the millennia. The pox did not spare Western Europe, especially Spain, from where it reached Latin America by the early years of the 16th century. A reported Spanish solution was; to the whole family or household being infected, demolish the whole building. So that so many burials were avoided!

Cholera was another menace that spread mainly through water or any liquid. It is believed to have begun in the Ganga delta. From there, it travelled far and wide, including Russia, on to places in Europe early in the 19th century. The bug then crossed the Atlantic Ocean America and spread for a while in the US as well as to Latin. As was often the case, the source of the epidemic of cholera was discovered by the German scientists in the late 19th century. Despite this discovery, cholera also travelled east to Indonesia and south-west to some African countries. To prevent the menace of cholera, all that was needed was for people to keep away from drinking doubtful water. In the West, it was nicknamed as “Blue Death” though in Kolkata, the first symptom the doctors looked for was the colour of the excreta. If it was not white, it was not cholera.

Diphtheria, typhoid, polio, measles, influenza and yellow fever are some other endemics. Typhoid, like cholera, was a water or liquid-borne disease. Polio, measles and influenza are air-borne. All these are different bugs. Influenza played havoc after the World War I in most parts of the world. Malaria is unique. In India, it had been virtually eradicated but has come back. Evidently, in India, we have allowed that particular breed of mosquito to be reborn. Incidentally, while studying modern European history, I had come across a reference to Napoleon Bonaparte having lost thousands of soldiers upon the altar of ‘yellow fever’.