The soul lives on...

The soul lives on... 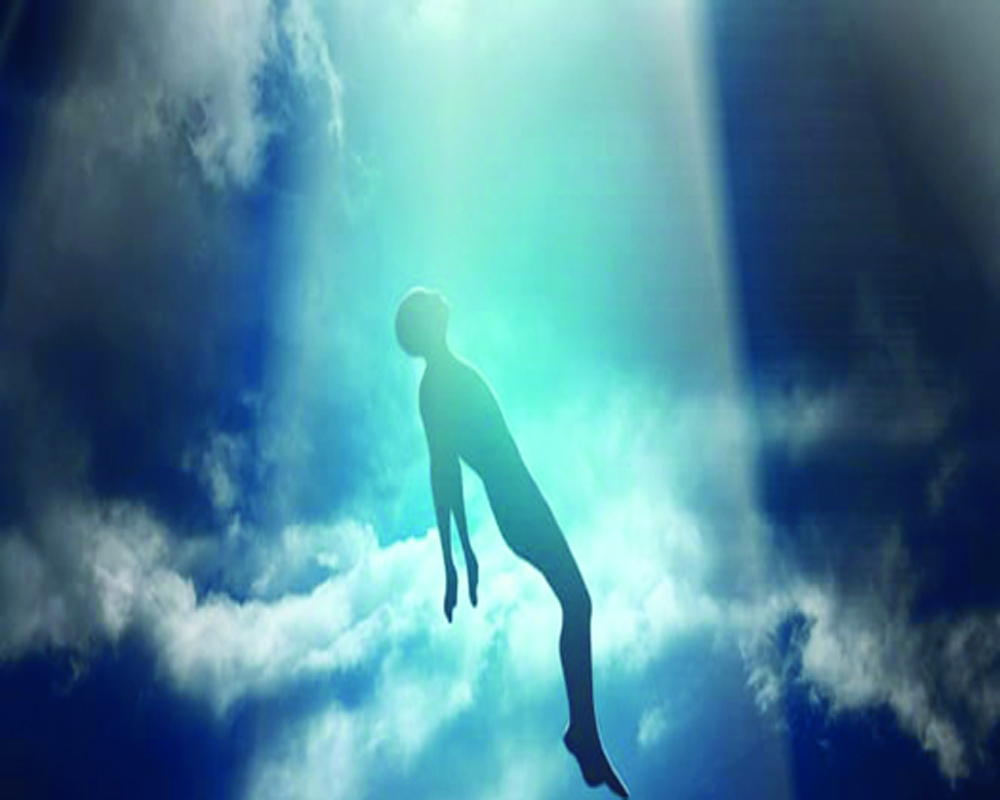 Life and death are the two sides of the same coin. They complement each other. They complement one another. It was this reality that Lord Krishna explained to Arjun in the Gita when he says that one that is born is certain to die at a predestined time. And one who dies is bound to be born again. All living beings of this world before their births were unmanifest, that is, without the physical bodies. In death they again become unmanifest or without the physical bodies. The physical body is merely an intermediary stage. The soul is defined as unmanifest, beyond imagination and faultless. As a man discards old, worn out clothes and puts on new ones, similarly the soul leaves the old, aged body and gets into a new one. It does not die when the body perishes. It is eternal, omnipresent, immortal and stable. This eternal lesson of Bhagwad Gita gives an answer to the biggest mystery of life and death. Swami Prabhupada opined that life is a question none can answer and death is an answer none can question. But still death is grieved by all. That is the mystery of life. We don’t want our near and dear ones to depart from this world though we all know that death is a necessary end that will come when it will come. That is the weakness of human nature. We know that death is inevitable. Yet, we do not like death. This is natural. The indestructibility of soul is something that does not give any kind of solace to human beings as we know that one who has departed will never come back. Yes, it is a hard fact, the most difficult reality of life. It is this reality that we have to face time and again but coping with it even after knowing it is not easy. It is this issue that is the most difficult to resolve. The sad news of the demise of a dear friend, Dr. Chandan Mitra, was something that put me in a similar predicament. It was sudden and had a big impact. True, it would have given a similar impact to many people, and for a number of reasons, all equally genuine. But my case was different. A good friend, a noted journalist, and of course, a known personality who also was close to me were definitely there at the back of the mind as the reasons that caused pain. But there was another very significant reason. He was the person behind the idea of this Hidden Souls, the column that I have been writing religiously for around a decade. We had been discussing about this idea of starting a column on spirituality, values and ethics on many occasions that we met. And then suddenly, after a gap of some twenty days or so I received a call from him that we are going ahead. Had it not been for him, Hidden Souls would have remained hidden from the readers even today. It was an idea with a laudable objective. To sensitise readers on issues that stir the soul, make them look inwards and bring about an awakening to create a better society. It was an attempt with a lofty objective and it did bring about some encouraging responses from not only different parts of the country but many corners of the globe. Though Dr. Mitra is not present with his physical body, his presence will be felt. The soul lives on.