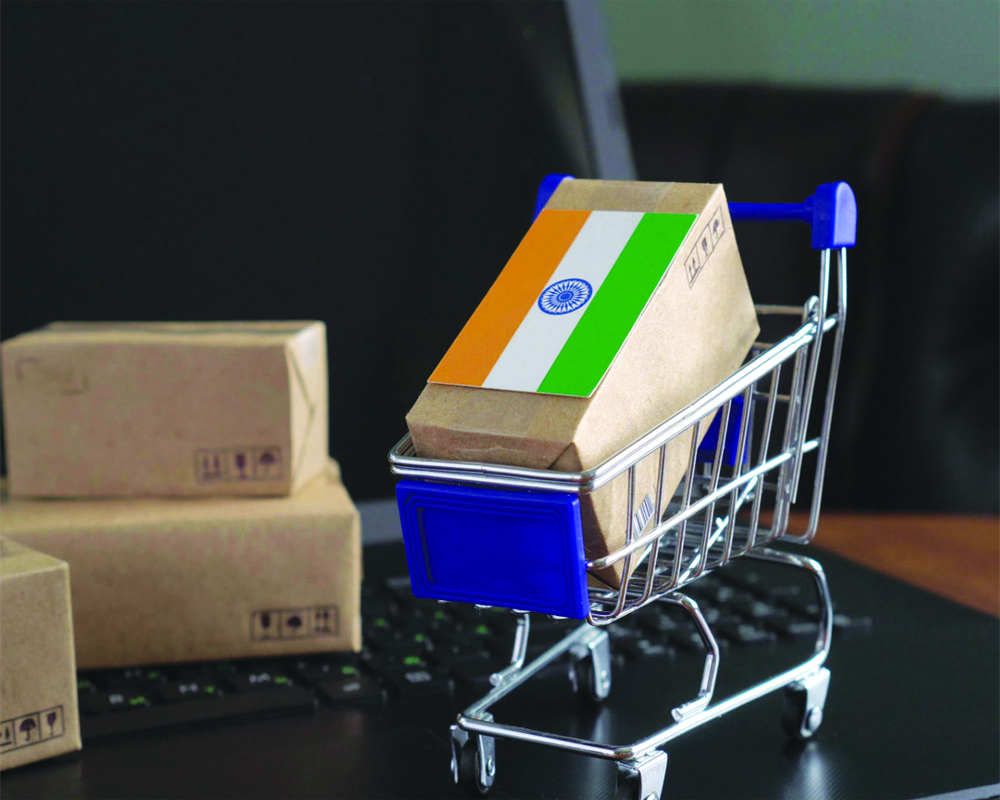 To enhance our share in global trade, we have to address issues that plague our industry and business. Even though the efforts are on to do this, they need steady acceleration

Ever since the World Trade Organisation (WTO) was founded in 1995, trade as a proportion of the world Gross Domestic Product (GDP) has risen by about 50 per cent. But India’s share in the global merchandise trade is less than two per cent and in services trade it is less than four per cent. The WTO conducted India’s seventh Trade Policy Review (TPR) between January 6-8. Since the last TPR in 2015, India has implemented several measures to facilitate trade, simplified procedures and fast-tracked customs clearances for imports and exports. This earned us a substantial jump in global rankings in the World Bank’s (WB’s) Ease of Doing Business Index.

India has sought a permanent solution on public stockholding for food security purposes and offered to share its public stockpile of foodgrain to help poor countries. Big parts of the developing world will rely on Indian manufacturers to supply easy to administer, affordably priced Coronavirus vaccines in large quantities. In order to ensure equitable and affordable access to vaccines and COVID-treatment for all, India has asked for a short-term package of effective measures by the WTO, including a temporary waiver of certain Trade-Related Aspects of Intellectual Property Rights (TRIPS) provisions to increase manufacturing capacity and ensure timely and affordable availability of new diagnostics, therapeutics and vaccines for the virus. India has also sought a multilateral initiative to provide easier cross-border movement of healthcare professionals. Globalisation — liberal trade flows across national borders — has been a defining feature of the global economy after World War-II.

In the pre-World War-I era, Globalisation 1.0 was characterised by rather unrestricted immigration and cross-border capital and trade flows. Then the world became more interdependent and regulated in the 19th Century (Globalisation 2.0). This has been both, the cause and effect of booming economic activity and unprecedented increase in the global population.

Globalisation 3.0 is the phase from the late 1990s, characterised by the advent of the internet and the establishment of the WTO. Major advances in information and communications technology drastically altered the trade and investment world, solving some problems and creating new ones; creating new risks of fraud, manipulation, data privacy and security. Trade and capital liberalisation — particularly through regional free trade agreements and bilateral investment treaties — brought the integration of markets and cross-border expansion of global value chains, creating critical interdependencies.

Trade has been steadily growing since the early ’70s with two major setbacks, one in 2008-09 as a fallout of the global financial crisis and the second in 2018-19 due to trade tensions and the economic slowdown, now exacerbated by the Covid-19 pandemic. Needless to say, travel and hospitality industries have been the hardest hit, among other sectors of the economy.

Roughly, in 2018 the global GDP was about $80 trillion and global trade was about $25 trillion. India’s GDP of about $2.5 trillion and exports of about $0.5 trillion (around $300 billion goods exports and $200 billion services exports) is a small fraction of the global GDP and exports. The period of Globalisation 4.0 is marked by disruption in the idea of the whole world as a single market due to breach of trust and allegations of manipulative trade. This trust deficit is causing even regional groupings to unravel or freeze. Terror, immigration, data privacy and security, political/security implications of economic decisions on trade and investments and automation’s impact on the future of work are some of the major concerns.

The last 20 years have seen turbulence in international relations caused by persisting concerns on terror and manipulative trade and investment undermining fair practices and trust. Last year saw  great disruption in global trade and commerce and the Covid-19 pandemic has accentuated fault lines. The belief that every country will play by the rules of the game has been seriously dented. During the pandemic, India emerged as a globally responsible nation and provided critical medical supplies to around 150 countries as the “pharmacy of the world”, enhancing its credibility as a reliable supplier. Multiple hurdles in access to medicines at affordable prices created by lopsided WTO rules for protecting intellectual property need to be removed. The TRIPS Agreement did not envisage a pandemic where demand for vaccines/medicines would surge. Intellectual Property Rights should not block access to critical medicines and other devices required for the treatment of the virus. These should be declared as public goods and made affordable with fair compensation to inventors.

The WTO is facing grave challenges in the form of unilateral measures and countermeasures, deadlocks in key negotiations and impasse. Preserving the WTO’s fundamental principles and objectives is crucial to ensuring the credibility of the multilateral rules-based trading system. The WTO needs reforms to restore trust, fairness and responsibility in international trade.

Global economic partnerships must keep in mind the different size and population of each country, unequal levels of economic and human development and different political systems. India has placed humanity at the centre of its global engagement policy. Our democratic credentials, rule-based polity and a steadfast track record in sincerely meeting commitments under all treaties and conventions are appreciated by the world.

The pandemic has shown that the global economy needed to focus and brace itself against external supply shocks. Global economic resilience can be achieved by stronger domestic economic capacities, restoring the health of the financial system and diversification of international trade.

The pandemic has provided a window of opportunity for building capacities, expanding manufacturing as well as plugging critical gaps and vulnerabilities in global value chains. India has traditionally enjoyed global goodwill and respect as a healthcare and technology services provider and holds immense promise to boost services export. With ‘Make in India’ and ‘Assemble in India’, a call has been given to global businesses to consider the country as an alternative manufacturing hub, producing not just for the large and growing domestic market but also for exports. Production-linked incentives have been rolled out across several sectors. India has a centuries old, rich tradition of international trade. The terms of global trade became seriously adverse during colonial rule. India was so scarred by colonial exploitation, started by a trading company that became a political power, that post-Independence India almost opted to develop as a closed economy.

The process of opening up the economy started in the ’90s but despite several reforms, business is still heavily burdened and hassled. The regulatory and taxation regime continues to be burdensome, costly, dilatory and arbitrary. Unfettered discretionary powers fuel corruption and harassment. Although in some areas technological innovations like randomised risk-based selection of cases for scrutiny and inspections to detect non-compliance have been introduced, a lot more remains to be done. We have to change the cutting edge of administration, mired in inefficiency and corruption down the multi-layer structure of governance, up to the lowest level. This affects business and entrepreneurship. To enhance our share in global trade, we have to address issues that plague our industry and business. Even though the efforts are on to do this, they need steady acceleration.

(The writer is former Special Secretary, Ministry of Commerce and Industry. The views expressed are personal.)