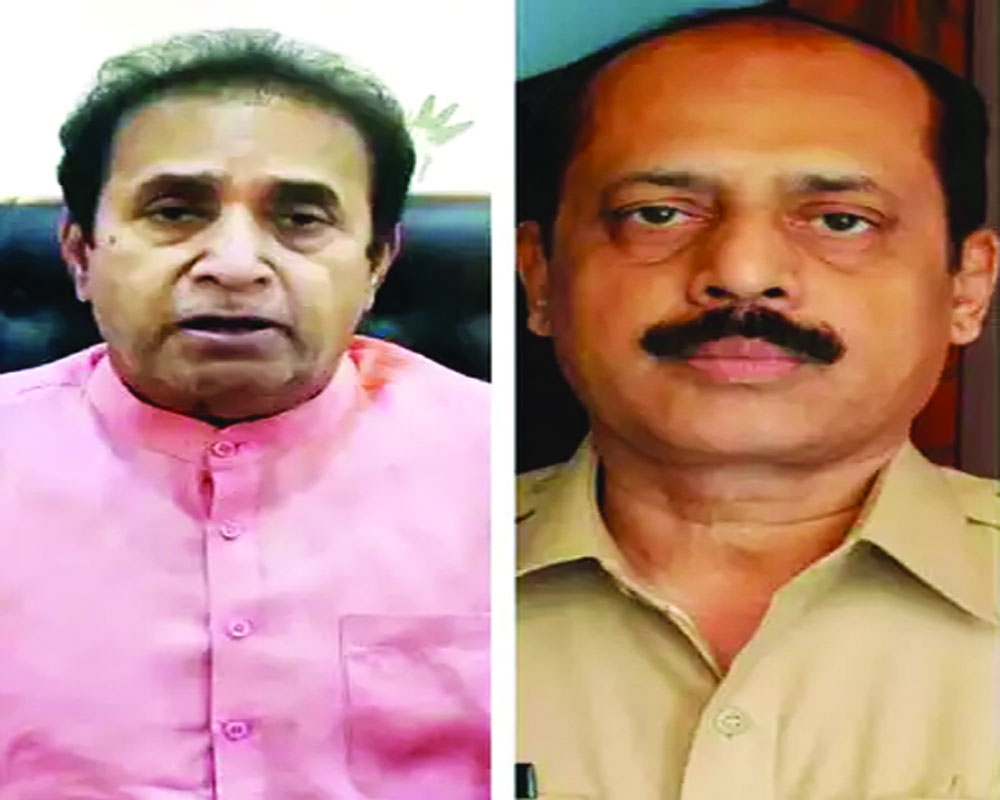 The two independent agencies — the Central Bureau of Investigation (CBI) and the National Investigation Agency (NIA) — will likely discover many common nodes and leads during their probe related to Maharashtra’s former Home Minister Anil Deshmukh and suspended cop Sachin Vaze. The probes by these premier agencies will probably converge at several points and it would only serve the purpose of justice if both these agencies work in consonance. Extending this logic, the constitution of a common team — drawing officials from both these agencies — may also be considered to investigate the cases that are inter-related. Collecting evidence, recording statements and zeroing in on the culprits would become easier in a joint probe. In the latest development, two CBI teams reached the NIA office to record the statement of Vaze, who is in the latter’s custody. Also, a special NIA court allowed the CBI to access the “extortion” diaries belonging to Vaze and Vinayak Shinde, both suspended policemen. In a startling revelation, Vaze had alleged in a four-page letter to the special NIA court that State Transport Minister Anil Parab of the Shiv Sena had asked him to initiate talks with a Trust for a “Rs 50-crore settlement” to close an inquiry. The Minister also asked Vaze to identify fraudulent contractors listed with the BMC and demand at least Rs 2 crore from 50 of them, the letter claimed.

The letter mentioned an alleged “Rs 2 crore demand” by Deshmukh after NCP chief Sharad Pawar considered cancelling Vaze’s reinstatement, and alleged that someone “very close” to Deputy CM Ajit Pawar asked Vaze to collect Rs 100 crore a month from illegal gutkha sellers. Earlier, Vaze had said he was being made a scapegoat. These allegations are indicative of the fact that not only Deshmukh but several other dirty fish in the Maha Vikas Aghadi (MVA) Government seem to be neck-deep in corruption. On the other hand, Deshmukh — who tendered his resignation on “moral grounds” only after the Bombay High Court directed the CBI to conduct a preliminary inquiry into corruption allegations against him — got no respite from the Supreme Court, which dismissed his as well as the MVA Government’s petition challenging the Bombay High Court’s order. The Maharashtra developments resemble a Bollywood potboiler on the underworld, portraying the nexus among politicians, corrupt officials and criminals. But unlike the movies which have heroes fighting the corrupt system, the Maharashtra saga has none. However, with the CBI and the NIA tightening the screws, one hopes that several other influential names in the MVA Government would be exposed. Corruption has become the hallmark of the State Government, which is a coalition of the NCP, Congress and the Shiv Sena. The Opposition has often alleged that the Centre uses these agencies to target adversaries and settle scores; nevertheless, it doesn’t take away from the fact that the Uddhav Thackeray-led Government arguably has many black sheep whose rightful place is behind the bars rather than in the Assembly.