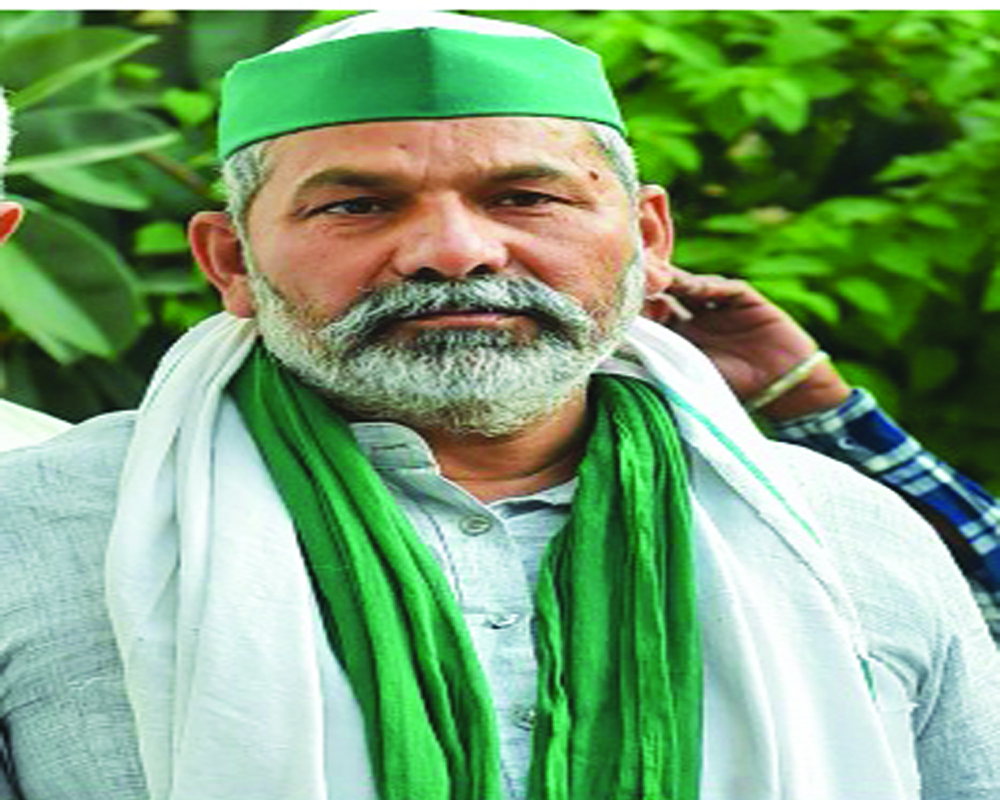 It appears that Bharatiya Kisan Union leader and Samyukt Kisan Morcha linchpin Rakesh Tikait has returned to the protest theatre with renewed vigour after his sabbatical, a period he had advised his comrades to utilise harvesting the season’s crop till next month. Freshly back after attending to their domestic chores and familial duties, the cultivators sitting on dharna since November 2020 along the Capital’s borders already made their presence felt last weekend when they blocked the Ghazipur border in what they said was a “warning to the Government”. Thousands among these protesters have come from Haryana, Punjab and western Uttar Pradesh, even though there now is a nationwide wave in support of their cause — the repeal of the three agriculture legislations that, they say, have been enacted to benefit certain corporates. But now, it seems, the farmer leaders have opted to flexing their muscles even though they well realise that no important political decisions at the national level would be taken in earnest till the results of elections to four States and a Union Territory are declared in early May.

It is in this light that Tikait is taking the fight to Haryana Chief Minister ML Khattar’s door by claiming that the latter wouldn’t be allowed to enter Badauli village in Panipat, where the Chief Minister is scheduled to be on April 14 for unveiling a statue of Babasaheb Bhimrao Ambedkar on the Dalit icon’s birth anniversary. The farmer leader alleged that the actual reason for Khattar’s visit was to “disturb the amity” among the area’s cultivators “as per the BJP’s plot”. To avoid causing any imagined injury among Babasaheb’s followers, Tikait also clarified that the farmers were not against the statue, they were against Khattar. In the same vein, however, ostensibly not to shut down any possible avenue which may lead to a dialogue with the Centre, the farmer leaders have also claimed that they are still willing to talk to the Centre on the three contentious Acts if invited for the same. Their only preconditions remain that the talks should resume where these were discontinued on January 22 and that their demands for total repeal remain unchanged. Well, though it seems like catch-22 without any quick resolution in sight, one would sincerely hope that under no situation would either side resort to any abhorrent step, such as violence.