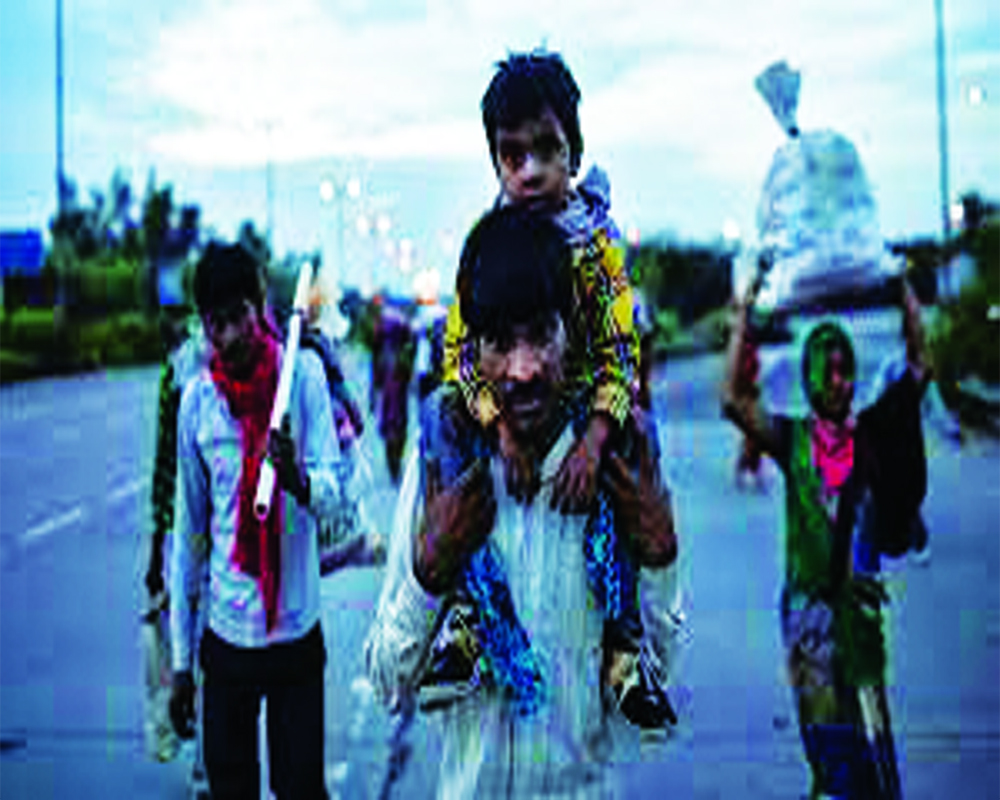 Economic activities have been hit so hard by the lockdown that traders have cried for deferment of the Goods and Services Tax (GST) and other taxes. According to the Confederation of All India Traders (CAIT), the daily loss of business owing to the lockdown in Delhi is likely to be around Rs 600 crore while the total loss across the nation could be nearly Rs 30,000 crore if full and partial lockdowns, night curfews and other forms of restrictions are taken into account. CAIT’s secretary general Praveen Khandelwal says that non-compliance with these tax stipulations will attract huge penalties on traders across the country. There is no policy or revival plan and the economy is shrinking as people’s incomes are in a tailspin, markets have sagging demand and activities are at a virtual thaw. A hard lockdown was imposed on March 24, 2020 without giving a simple thought on how 130 crore Indians would survive if their livelihoods were snatched away. It happened and the next three months revealed that the decision to close down all activities, except those centered around COVID-19, had led the country to a devastating path. Lakhs of the 18 crore migrant workers hit the road amid loss of work and dignity. Nearly 13 months down the line, the Government should have come out with a road map till now but, alas the nation became complacent about having conquered COVID-19 only to realise too late that the virus has not gone and has hit us with greater ferocity. Consequently, there has been an exponential surge in infections, a mounting death toll, lack of medical oxygen and medicines.

The State has largely remained a mute spectator compelling the courts to intervene and stop the administration from smothering voices being raised against the Government’s monumental failure. Despite its massive failure to deal with the crisis, the Centre has claimed that all arms of the Government are working unitedly and rapidly to deal with the situation. The nation is still expecting some decisive action against the pandemic but with its ailing healthcare system and mounting death toll the situation is becoming grim day by day. Reports from the countryside say that half-baked hospitals are doing more harm and how the bodies are cremated remains a mystery. “The State has failed in its fundamental obligation to protect the basic fundamental right that is the right to life under Article 21”, said Delhi High Court on April 30. The Bench, earlier during the same hearing, had noted the “complete failure of the State” when dealing with other pleas.

We have not suddenly plummeted into such a state. It appears that the nation was in euphoria of collecting brownie points and has given up all thoughts about the lives of its own people or the state of its economy. The latest indicators from the Reserve Bank of India (RBI) about the banking system do not bring any comfort. The bank losses or Non Performing Assets (NPA) are mounting. In such a scenario, credit squeeze is obvious. The Rupee is plunging and petrol prices are at an artificial high.The time for correction has come. The Government needs to own up to failure on its part to control the pandemic. Further, it must also admit that it failed to provide employment and prevent loss of jobs following the demonetisation exercise and pushed the country into severe social and economic crisis. The Centre must reformulate the plan for resurgence of the country with the help of the Opposition, religious leaders and social groups not merely for Gross Domestic Product figures but for survival of the informal sector and the free flow of cash. It must give up all political ego. Healthcare should now become the bedrock of the nation’s resurgence, supported by a prudent economic policy, even if that means forming a national Government.