Time for Govt to make a clear-cut choice

Time for Govt to make a clear-cut choice 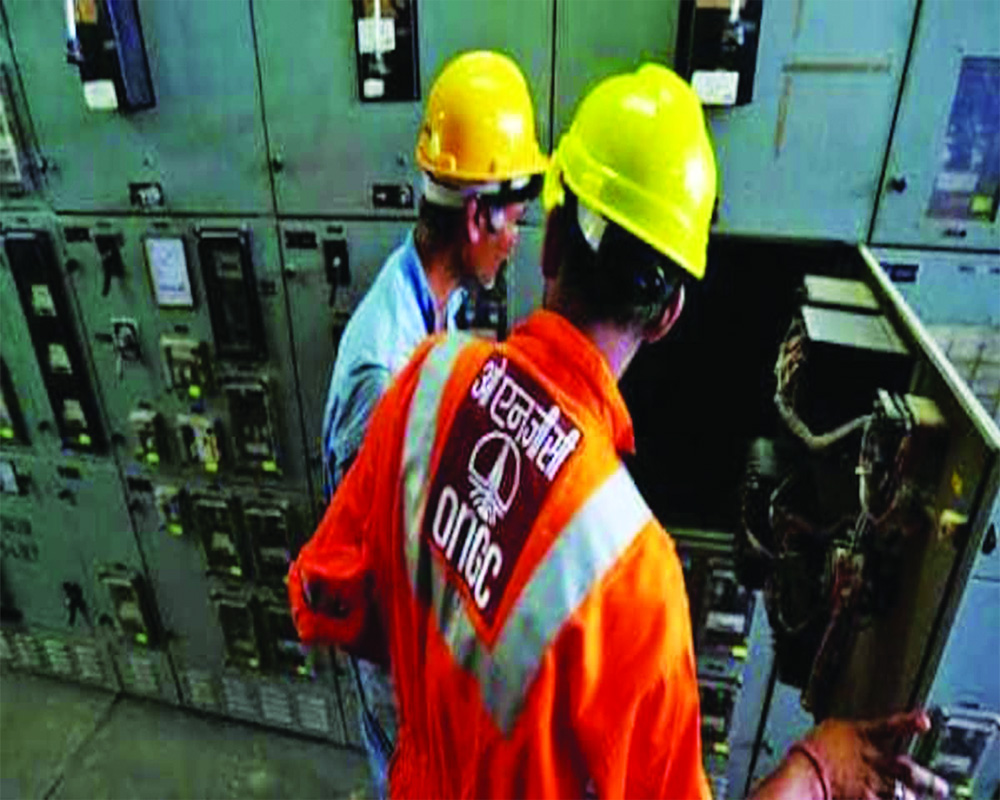 If the Centre allows gas producers to charge what they want, one shudders to even think of where the fertiliser and power subsidy bill will reach

The State-owned Oil and Natural Gas Corporation (ONGC) is forming a new wholly-owned subsidiary company with the objective of sourcing, marketing and trading natural gas. The company is already into exploration and production of gas (besides crude oil) which it sells to a variety of industries manufacturing fertilisers, power, chemicals, petrochemicals, CNG, gas for household consumption and so on.

So what has prompted it to set up a separate company solely for the purpose of trading and marketing of gas? It is not a simple case of business restructuring, but an attempt to circumvent control on the price of gas imposed by the Union Government. To understand how it seeks to do so, let us have a look at the extant pricing structure.

Under the pricing guidelines effective since November 2014, for all domestic supplies from fields given under the New Exploration and Licencing Policy (NELP), as also blocks given on nomination to ONGC and Oil India Limited (OIL) before the NELP, the price — call it normal price — is a weighted average of prices at four international locations in the US, the UK, Canada and Russia. It is revised every six months in a financial year and the current price, from October 1, 2020, is $1.79 per million Btu (British thermal unit).

Also, under a special package for deep/ultra-deep, high-pressure/high-temperature (HP/HT) fields announced in March 2016, the supplies are allowed a market-based price, subject to a ceiling which is linked to the prices of alternate fuels, including fuel oil, naphtha and LNG. The current ceiling price is $4.06 per million Btu, known as the “premium” price, the applicable price is arrived at based on competitive bidding — in which earlier, affiliates of gas producers were not allowed to participate. If the discovered price exceeds the ceiling, then the buyer pays only the ceiling price. From October 2020, the bar on participation of affiliates of the gas producing firm was removed. This means that the producer can buy its own gas (albeit through its affiliate) and sell it to third parties at a higher rate thereby circumventing the ceiling price. Reliance Industries Limited (RIL), which produces gas from the KG-D6 field in the Krishna Godavari basin, did precisely this. In an auction on February 5, offering 7.5 mmscmd (million standard cubic meter per day) of new gas from this field, its subsidiary Reliance O2C Limited bought 4.8 mmscmd at a price of $4.06 per million Btu and sold it for $6-7 per million Btu to GAIL India Limited (Ltd), Shell and others.

The ONGC wants to do a repeat of what Reliance has done by forming a wholly-owned subsidiary which will buy any new gas coming from the former’s deep/ultra-deep fields such as KG-D5 also in the KG basin (projected at about 15 mmscmd) and in turn, sell it to firms such as Mangalore Refinery and Petrochemicals Ltd (MRPL) at a price much higher than $4.06 per million Btu. Being a company whose majority is owned by the Centre, any decision by the ONGC Board could not have been taken without its prior approval. In other words, the Centre is amenable to the gas producer breaking the ceiling (set by none other than the Centre itself) and selling at a higher market discovered price. Put simply, the Government’s initial decision to put a cap on the price gets nullified by its subsequent action of allowing an affiliate of the gas producer to bid.

The supplies from fields given under the Open Acreage Licencing Policy (OALP) (introduced in July 2017) are already eligible for market-based pricing. This also applies to unconventional hydrocarbons such as shale gas, coal bed methane (CBM) from the fields awarded under the NELP. Further, supplies from the so-called marginal fields (a total of 149) previously with the ONGC and OIL and recently auctioned to private entities, also qualify for complete freedom of pricing. Now, gas companies are building pressure on the Government to alter the mechanism of fixing even the normal price applicable to supplies from fields given under NELP and nomination blocks to the ONGC and OIL before the NELP. The Ministry of Petroleum and Natural Gas had agreed to look into this and even set up a committee. That was in October, 2020 when an idea was mooted to fix a floor price linked to the Japan-Korea Marker (JKM) — a benchmark index used to determine LNG tariff in North Asia —with a discount. This would have yielded a floor of $4 million Btu.

Putting all the pieces together, one gets a sense that gas firms will receive price on an escalating scale with a minimum of $4 per million Btu and maximum, hitting any level depending on the demand-supply scenario. Is this what the Modi Government had planned for?

It may be worthwhile to go back to 2014 when it had undertaken a  review of the gas pricing formula finalised by the then UPA Government (January 2014) which could not be implemented in view of impending general elections. Then Team Modi had categorically rejected market-based pricing,  arguing that domestic supply of gas being far short of demand, this would result in high price, which users, particularly the fertiliser industry, power and city gas — they account for nearly three-fourth of total gas use — can’t afford. In fertilisers, bulk of the gas is used for producing urea, whose maximum retail price (MRP) is controlled at a low level to make it affordable to farmers. The excess cost of supply is reimbursed as subsidy to manufacturers. If gas is priced high, with the MRP remaining unchanged, this will result in higher subsidy, which the Government wants to avoid.

Likewise, States want to pay less on power subsidy even as they order a big slice of it to be supplied at low tariff or even free to farmers and poor households, unrelated to cost.

These overarching considerations weighed heavily on the ruling dispensation when it decided to stick to price regulation. For the same reason, it exercises control over the allocation of gas. Of the total supply, 31 per cent is given to power, 24 per cent to fertilisers and 22 per cent is allotted for city gas. Since then, nothing has changed as to warrant a move towards market-based pricing. Neither has the Government done away with control on urea’s MRP nor do States have any plans to shed supply of free power to key constituents.

In this scenario, if the Government allows gas producers to charge what they want, one shudders to even think of where the fertiliser and power subsidy bill will reach (every one dollar per million Btu hike in gas price increases urea subsidy by about `4,000 crore annually). To accommodate the rising subsidy, it may have to further loosen the already relaxed fiscal deficit trajectory, outlined by the Finance Minister on February 1, for the next five years (6.8 per cent of the Gross Domestic Product in 2021-22 gliding down to 4.5 per cent in 2025-26).

The Government needs to make a clear-cut choice. If it feels that high price to gas producers is the only way to make them deliver more supplies, then it should remove all controls on fertilisers, power and so on and let them adjust as per market forces. If it can’t, it should regulate gas prices and strictly adhere to the November 2014 guidelines — annulling all subsequent modifications.