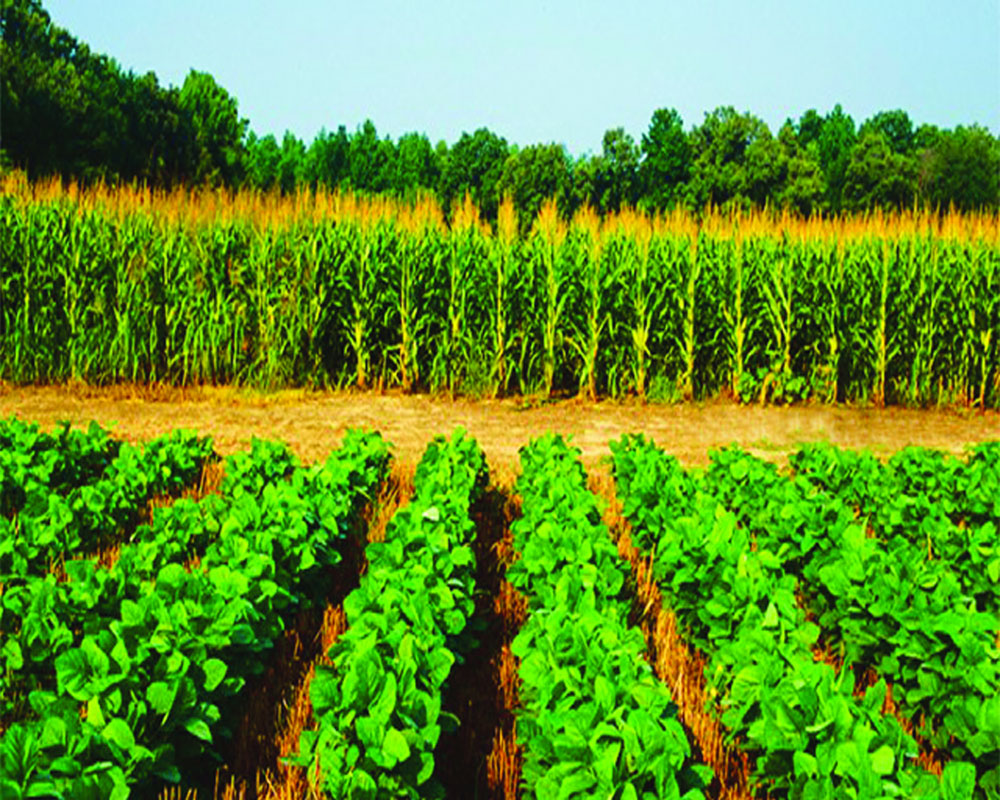 In our hurry to attain global food security, we cannot put the environment in jeopardy

Food security is assuming a critical role in ensuring the prosperity of nations. According to a report by the Centre for Agricultural and Rural Cooperation, world food production must increase by 70 per cent in order to adequately feed the projected global population of nine billion by 2050. This will not be an easy task considering the challenges posed by the rising population, increasing rural to urban migration and dwindling food production due to climate change.

These challenges necessitate accelerating food production but the accompanying spike in Greenhouse Gas (GHG) emissions has created a Catch-22 situation. According to a study conducted by Italian researchers published in the journal Nature Food, one-third of global GHG emissions are linked to food production. The research was based on data from food production systems for the period 1990-2015 and it concluded that in 2015 alone, 34 per cent of GHG emissions or 18 billion tonnes of CO2 was emanated from food systems across the globe, which included livestock.

The rapid rise in the GHG levels in the food production sector is attributed to land use change, indiscriminate use of fertilisers and waste generation. While the industrialised economies have been able to keep GHG output from food production at 24 per cent, the Asian nations are witnessing 35 per cent emissions from the agriculture sector. The Asian scenario is worse, mainly due to methane output from livestock and rice crops which traditionally have a higher GHG output quotient. The fact that rice is a staple diet in many Asian countries does not help the cause. Refrigeration, too, has caused an exponential rise in GHG emissions. Research shows that 43 per cent of energy consumption by retail outlets and supermarkets across the globe has heightened the emissions output as these commercial businesses use large-scale static refrigeration and refrigerated transportation solutions to increase the shelf life of perishable food items. Further, the packing processes itself causes 5.4 per cent global food systems emissions. Though it helps in keeping the food fresh, it comes at a cost to the environment.

Agriculture contributes nearly 20 per cent to the Gross National Product (GNP) and provides employment to nearly two-third of the population. The agri-sector played a pivotal role in the Green Revolution and provided food security, but the rising costs of cultivation due to the scarcity of resources, expensive labour and energy mean that farmers have to achieve more yield with as less inputs as possible. Fertiliser use has increased which in turn leads to a bigger GHG emission footprint. Currently, agriculture accounts for 18 per cent of the total GHG emissions in the country and this footprint is set to expand.

Control over farm GHG emissions must be achieved without adversely impacting the agronomics and financial well-being of the farmers. Digitally-programmed nutrient tools that determine the optimum input of fertilisers as per land type are a great way of achieving reduction of chemical use without compromising on the yield. Similarly, the use of advanced solar energy modules to power farm energy needs is yet another way to dial down the GHG emissions. Using the Japanese concept of Just In Time (JIT) can also help bring efficiency in supply chain management of farm produce. JIT can help the produce reach markets on time so that the need for energy-guzzling cold storages can be avoided. The increased use of organic nutrients, too, will help reduce the emissions and provide tangible health benefits for consumers. In our eagerness to attain food security, we cannot put the environment in jeopardy. The spiralling GHG emissions from the farm sector need to be kept in check in tandem with the rising production.