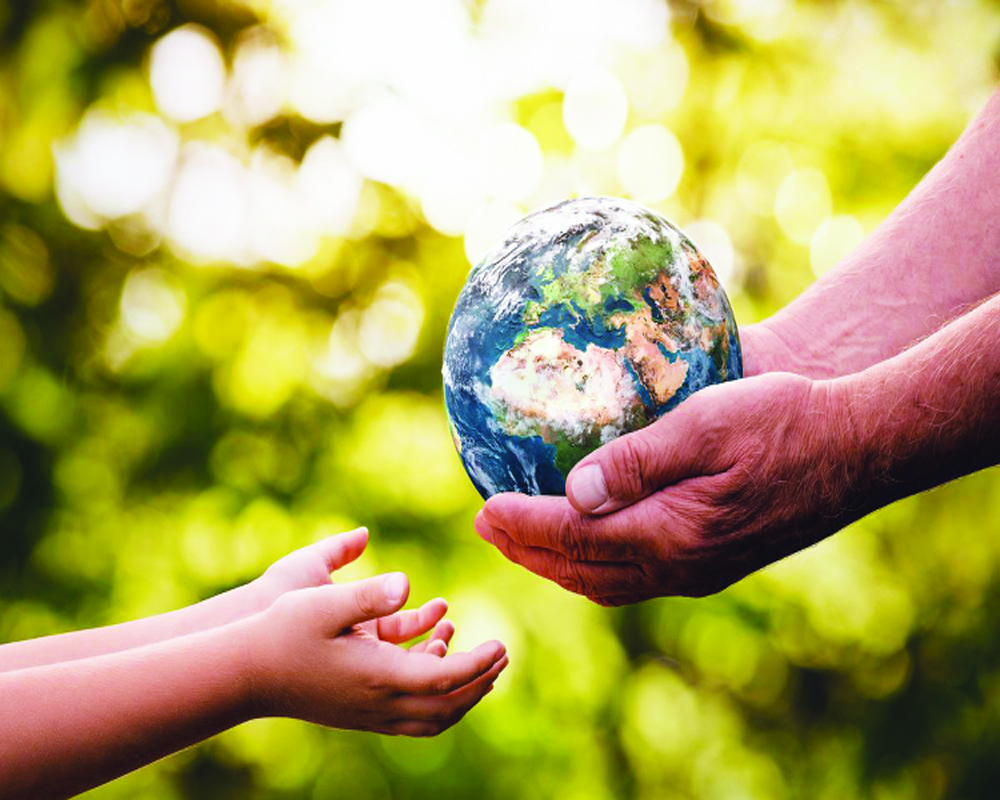 One has to manage it with the strength gained from hindsight, verifiable data and the foresight of a savant

Basic human nature has not changed over the thousands of years that mankind has inhabited this planet. What has kept changing is its mode of expression. The primitive man first fought with bare hands, then with clubs, which was followed by sharp weapons like the spear and then came the catapult and the propulsion of stones. Firepower entered the scene and in came ammunition. Gradually, warfare moved from the land and sea to include the sky. The methods and the levels kept changing but the basics were the same. Typically, the methods of cooking and living changed, too. Distances shrank and time multiplied with the use of technology. Yet, basic emotions remained constant. The tribal world is a good example globally, of not just human nature remaining consistent but also their basic good sense remaining constant. This was in the preservation of the ecosystem and never taking more from it than was necessary for self-preservation and basic happiness. Rhythmic matching with nature enabled them to survive for multiple millennia without having to worry about sustainability.

Then there was the issue of civility. Consider how a community takes care of the old, infants, women and the infirm. Add to it the concern of the right to dignified transition from one phase of a life cycle to another. Perhaps these principles are so simple that almost all civil Governments seem to have responded in default. The time has come to change it and learn from the tribals. Indeed, tribes have paid heavily, in many places, where their pristine context and approach was ravaged by the so-called civilisation. These facts require a revision of the vantage point of perception. With Christopher Columbus pioneering the route to the Indies in 1492, it began the process which altered the character of the indigenous population by many interventions. Colonisation altered the character of the ecosystems they ventured into. Findings hold that this ushered in new vegetation which preserved heat. It trapped carbon dioxide from the atmosphere and this ushered in the ‘little ice age.’ Clearly, the future is sustainable when resources are preserved, added to and when life is assured, unimpeded. The future is assured when skills are there to assure livelihoods. The tribes represent a philosophy and value system which awaits deeper scholastic exploration to see, in how many ways, their learnings have value for mankind. A background in anthropology, history, systems dynamics and management links up that learning with observations in the field. These are, in turn, rooted in the academia and consulting world.

Building upon the classical backdrop of observations from Sanskrit literature, one can comment on tribal ways of maintaining livelihoods, health and well-being. This would also cover traditional means of livelihoods in the Third World. Making a case study of pockets in Asia, one can also establish how traditional modes of production and means of marketing are in high synergy with resource-based renewal and adequacy of economic well-being. Unfortunately, in many ways, Euro-centric modes of production originating from developed countries have jeopardised the full range of the natural resource base of this planet. Time is running out for including in the developmental model the option of strengthening the traditional modes of livelihood and production. This would imply strengthening of the conventional ways of harnessing produce; upscaling the time-tested approaches of nurturing livelihoods; reinforcing conventional role of markets as an economic force. A model of development to optimise on resources and happiness is feasible.

Without a clarity on the causative factors, the creation of a sustainable future may become a gamble. One has to manage it with the strength gained from hindsight, verifiable data and the foresight of a savant.