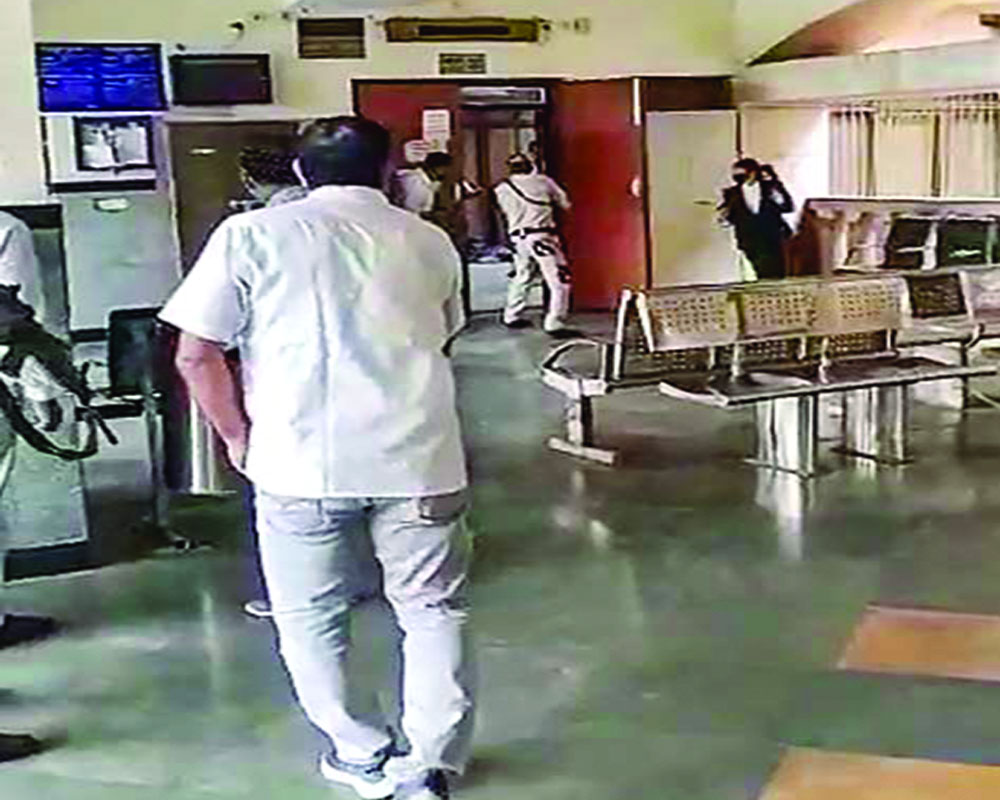 The latest gunshots in a Delhi court prove that there is no fear of the law, besides police apathy

In an appalling incident, firearms were cocked and 30-40 rounds of bullets flew inside a crowded courtroom in Delhi’s Rohini court complex on Friday afternoon, causing at least three deaths and triggering scare and mayhem among lawyers and litigants, including women and children. Even the additional sessions judge presiding over the proceedings was present in the courtroom at the time of firing. The transportation of the contraband inside the supposedly secure court complex leads to doubts whether metal detectors were operational at all and, if they were, how the armed men could get past the security personnel. The horrifying incident is yet another grim reminder, if one was still needed, that even the temples of justice are far from safe or sacrosanct and are being wantonly violated by violence, bloodshed and gore. The latest such incident inside the Rohini court complex, where gun-toting people with murder in their heart (even if dressed as lawyers) are apparently allowed to walk in at will and leisure, raises serious and numerous questions about security lapses on various court campuses even in the Capital; one can only imagine and shudder about what could be, or may, happen in mofussil townships’ court buildings across the nation.

The courts, going by the nature of their primary occupation of dispensing justice and being the amalgamation point of all sorts of people — ranging from the hoi polloi to actors to business tycoons to politicians to advocates, magistrates and judges, should be heavily protected and sanitised. Even more shockingly, Friday’s was the fourth such firing instance in the last five years inside the Rohini court. Earlier, in July this year, a 45-year-old man was shot dead outside an advocate’s chamber in Dwarka court complex. Several other incidents come to mind: A 27-year-old gunned down (near Saket district court, May 2019); an undertrial shot (Rohini court complex, 2017); another undertrial shot (Rohini court complex, April 2017); head constable killed in firing (Karkardooma court, 2015); and a murder attempt on a man (Patiala House court complex, 2003). Besides, there have been sundry instances where shoes and even night soil were hurled at the presiding legal officers/magistrates/judges inside Delhi’s courtrooms during hearings. It’s high time that the top cop in Delhi, who is already on the wrong side of popular public opinion for being too close to the ruling dispensation, started pulling his weight.