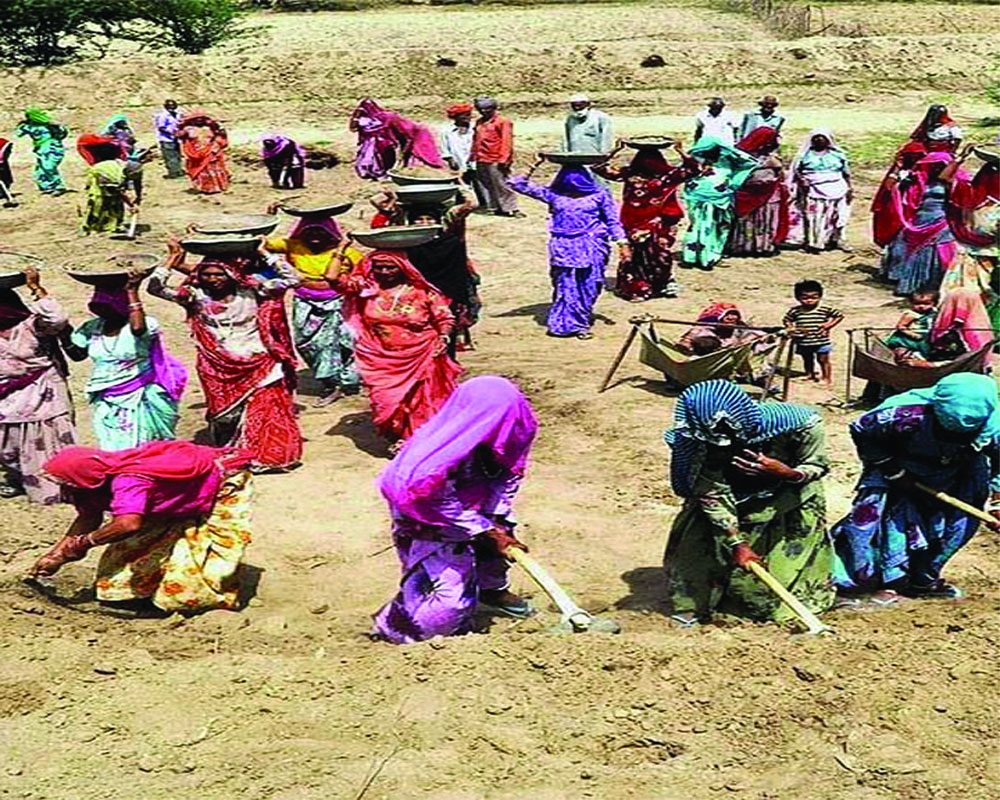 A committee set up to care for daily wage earners must not let them down, especially post-pandemic

The good news is that the Government initiates moves for a minimum wage floor in the country and a national minimum wage. The bad news is that the body entrusted with the job has been given a three-year tenure but not told by when it will have to submit the recommendations. For sure, nothing will be announced in 2021. The tenure of the six-member committee lasts till 2024. This is the second such committee. The first one submitted its report in 2019, but the Labour Ministry set it aside. The report had recommended a national minimum wage of Rs 375 per day and a monthly salary of Rs 9,750. The Seventh Pay Commission recommended daily wages between Rs 596 and Rs 723 to unskilled and skilled workers, respectively. Today, the national minimum wage stands at Rs 178 per day. It can be considered the national floor-level wage. The national floor refers to the minimum level of wage that is applicable to all categories of workers across the country. Indian wages are set considering nearly 2,000 types of jobs for unskilled workers and nearly 400 categories of employment with a minimum wage for each kind of job. India is a labour-intensive country and so wages are relatively lower. However, they are so low they are not market-clearing wages, but the most minimum acceptable wages without falling below subsistence level.

The COVID-19 pandemic has made the already complex work of the committee more complicated. Given the avoidable movement of daily-wage migrants during the two phases, the primary task of the committee would be to arrive at a national floor wage that gives a respectable pay packet to the workers, that reduces the difference in wages between urban and rural areas and is read along with a labour policy that promises an assured employment for a certain period every year. It is not yet clear what the Government’s policy will be in this regard. Is it to provide a sane wage? Is it to remove growing inequality between the organised and unorganised sectors? Either way, a higher wage may mean a reduction in jobs — that is the lurking danger. The committee has to deal with another issue: Will there be separate floor wage rates for different geographical regions in India? In which case, will the Centre take the States into confidence before determining the rates while ensuring the wage gaps are not big? For instance, Tripura is a low-wage State while Kerala is a labour-scarce State. How can a floor wage reconcile the two? Article 43 says the State shall secure work for all workers while the Directive Principles say the ideal is a higher than minimum wage. So, what defines a minimum wage in today’s India? Is it a wage that gives a worker two square meals a day? Or is it a living wage that helps the worker and a family survive? Or should it be a liveable wage that confers minimum dignity of life and living?