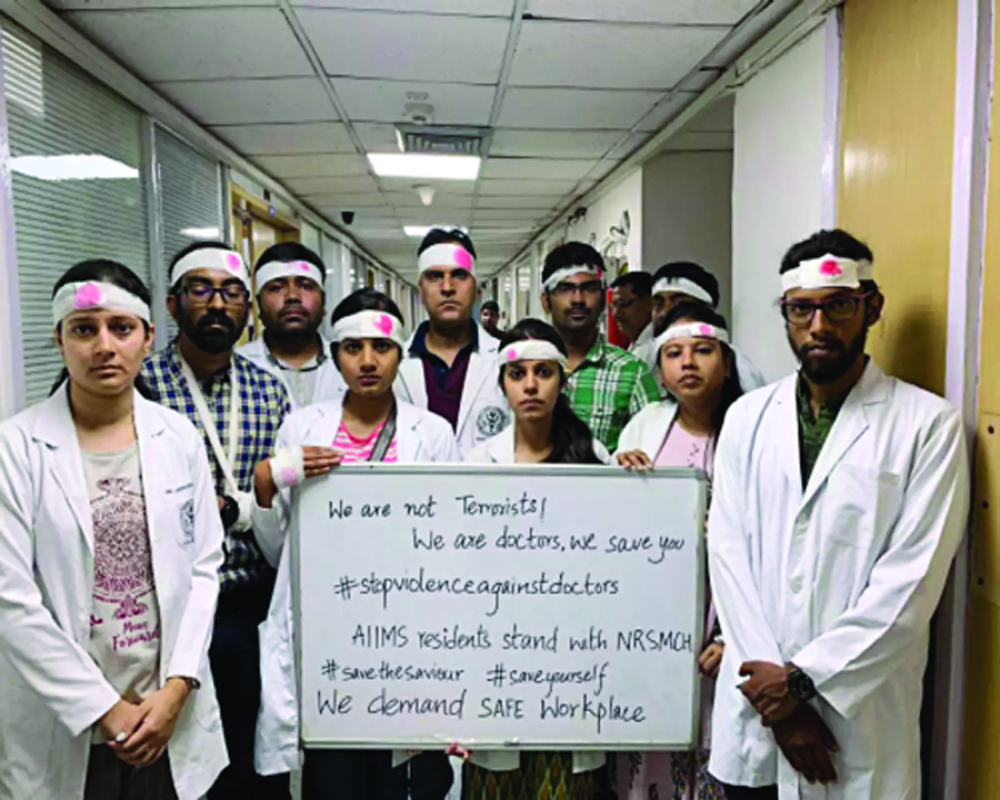 It’s an Indian medical conundrum: How long will the doctors tolerate violence against themselves?

Seneca, the great Roman philosopher and statesman once said on the importance of doctors: "People pay the doctor for their troubles, but for his kindness, they still remain in his debt. " We are fighting against an invisible and an infinitesimal enemy in size, the coronavirus, which brought mankind to its knees, and it is our bounden duty to give every possible aid to the phalanx of our front warriors - the doctors and healthcare workers. Doctors have been revered in India as the proxies of god since ancient times. But attitudes have changed with time and doctors are subjected to hardships by the very people they strive to save.

Of late heinous instances of doctors and healthcare workers being assaulted and mistreated are being reported across the nation. It is a shame that during such a critical phase of pandemic, when the whole medical system is on trial, people are not recognizing these gods in white coats.

In the last fortnight, there have been at least four to five cases reported of violence against healthcare workers, including vandalism in hospitals. A video infamously went viral on social media platforms in which a junior doctor at a Covid-19 care centre in Assam, Dr Seuj Kumar Senapati, was mercilessly beaten with utensils and crockery items by a mob which was the outraged over the death of a Covid-19 patient.

The mob, not only assaulted the doctor, but also rendered heavy damage to the care centre. There have been 28 arrests made by the police so far, including the main accused. The National Human Rights Commission has been strictly scrutinizing the case and has demanded an action taken report from the Director-General of Police within four weeks. Assam, having the fifth highest literacy rate in our country, simply cannot live down this shame.

A similar case is from Karnataka where a senior pediatrician, Dr Deepak was seriously assaulted following the death of a six-year-old boy due to complexities after a dengue attack. A relative of his and three others attacked the doctor while he was returning home riding on his bicycle after finishing his duty.

The doctors do have every right to protest such violence. In the Assam incident, the doctors even boycotted OPD services and the IMA, Assam chapter threatened to boycott Covid-19 services if doctors' safety is not ensured. In several towns and cities, doctors and healthcare workers are wearing black badges to express solidarity with the victims.

Its psychology that when in pain anger is a bosom friend. How long will the doctors tolerate violence against them? As it is they are under tremendous pressure, working long, stressed hours. The safety equipment they wear is anyway cumbersome - they have to wear two masks, PPE kits, double gloves and a face shield for stretches of up to 12 hours. There is no guarantee of timely, hot meals or the much-needed rest. And the unrelenting queues of patients.

The IMA has released this data; Last year, 748 doctors across India succumbed to Covid-19 in the first wave and 642 in the second wave. They must receive praise We for facing the virus storm to keep people safe. In the very least they should not be de-motivated by bouts of violence that helps no one and only hampers medical care to other patients

(The author is a student of BA (Economics) in BJB College, Bhubaneswar, Odisha. The views expressed are personal.)