Who is responsible for the high fuel prices?

Who is responsible for the high fuel prices? 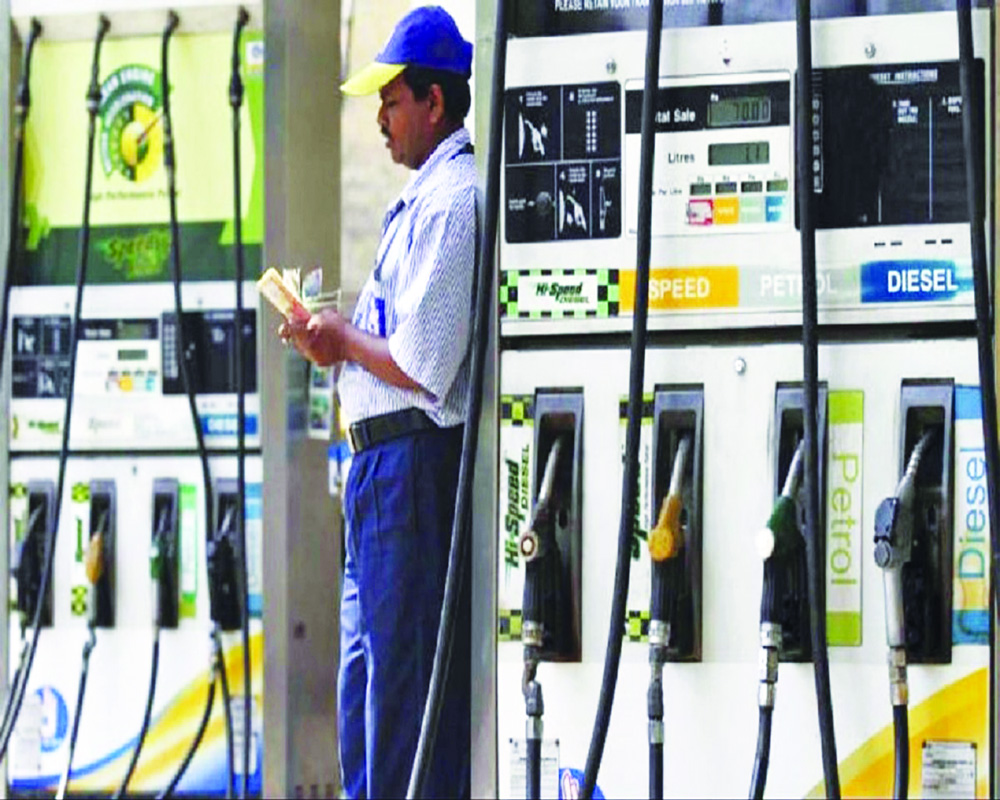 For lowering fuel taxes, the Centre and States need to see how tax revenue from other sources can be boosted. If they don’t, then consumers will have to pay high fuel prices perennially

Faced with skyrocketing prices of petrol and diesel, (with petrol crossing the Rs 100-mark in Sri Ganganagar), Prime Minister Narendra Modi has blamed the erstwhile UPA regime for not doing enough to increase domestic production, thus making India vulnerable to rising international prices, while Minister for Petroleum and Natural Gas Dharmendra Pradhan has urged oil exporting countries to exercise restraint while fixing the price of crude. However, their arguments don’t enthuse.

With the pricing of oil products being linked to international prices (even domestic refineries are paid for their supplies on this basis), even if the share of indigenous production were to increase from the current 15 per cent to, say, 50 per cent, Indian consumers would still be paying what they pay today.

Even if the extant system of “linkage with international price” were to be abandoned and oil companies allowed to price products based on market forces, then also, considering that domestic supply is far short of demand, it is unlikely that they would charge any less. As regards Pradhan’s point, exporters don’t pay heed to what leaders of importing countries say while fixing the price. They go fundamentally by the global demand-supply balance and don’t even look at their cost of production. When, the balance is tight, they increase the price. For instance, in 2008, when the demand zoomed (courtesy, pump-priming by developed countries in the wake of the Lehman financial crisis besides major booster doses from China and India), crude price touched a record high of $150 per barrel. In 2014, under similar circumstances, it touched $117 per barrel.

At another extreme, in 1997 when there was massive destruction of demand (due to the Asian financial crisis), the price plummeted to $10 per barrel. In recent times, due to excess supply building all through 2015, it reached $26 per barrel in January, 2016. In April 2020, the price plunged to another low of $20 per barrel, courtesy the Coronavirus-induced disaster and the resultant demand annihilation. The price has since been rising in sync with revival of demand and is currently hovering around $70 per barrel. From these trends, it is clear that the exporters won’t reduce the price merely because we want them to. The only way India can get some leeway is by taking measures which impact the demand-supply dynamics.

We need to intensify our efforts on multiple fronts. These include among others increasing the percentage of ethanol in fuel mix; reducing consumption of diesel by farmers accelerating the pace of solar-based power supply for running pumps; electrification of railways (it has plans to power trains with electricity drawn from solar plants to be set up along the tracks); pursuit of conservation efforts across all sectors like industries, services, infrastructure and making the policy and regulatory environment conducive for increasing domestic production of crude and gas.

However, it would be naïve to expect the above measures to deliver results immediately. It can happen only in the medium to long-term and therein also the scope for substantial relief to consumers is limited.  The real culprit is the disproportionately high component of taxes. To get a sense, let us look at some numbers.

With the tax component alone being Rs 53.51 per litre, even if the ERP goes down to Rs 22 per litre — the level that existed in June 2020 when international crude price was $40 per barrel (given the past trend, this level won’t sustain beyond a few months) as against the current $70 per barrel — the price at the pump would still be a high of Rs 79.29 per litre.

With respect to taxes, even as the Centre and State Governments blame each other, the fact remains that both are equally responsible. Let us look at the precise bifurcation. Out of the CED i.e. about Rs 33 per litre collected by the Centre, Rs 18 per litre comes from the Road and Infrastructure Cess (RaIC) which is entirely retained by it. Of the balance Rs 15 per litre, it retains 59 per cent or Rs 9 per litre (after giving 41 per cent to States under the 15th Finance Commission’s devolution formula). On a net basis, thus, the Centre gets Rs 27 per litre while almost an equivalent amount Rs 26.6 per litre goes to the State.

Finance Minister (FM), Nirmala Sitharaman has opined that bringing petrol and diesel — besides crude, natural gas and Aviation Turbine Fuel — under the Goods and Services Tax (GST) can help in reducing the tax burden. But it is easier said than done. The Constitutional Amendment Act on GST provided for inclusion of these products but the purpose was defeated by branding them as “zero-rated” — a glamorous nomenclature for continuing them under the pre-GST regime.

This was prompted by the fear of revenue loss. But the GST Compensation Act, 2017 — along with an amendment to this Act to garner resources by levying cess on goods falling in the highest 28 per cent slab to fund compensation to the States for the loss of revenue — was meant precisely to address this concern. Yet, the decision to keep these products outside GST in the first place defies logic.

Replying to a question on a TV channel on July 1, 2017, the then FM and chairman, GST Council, Arun Jaitley had said that he was “personally not in favour of excluding” the aforementioned products. Yet, the Central Government and States decided to exclude them and the position continues to date.

Following a spike in oil prices, both the Centre and States feel that now is the time to bring them under GST. They don’t realise what they are up to. Even if the Council decides to put them in the highest tax slab (by any stretch of imagination, oil and gas products can’t be termed as demerit or sin goods; so placing them in 18 per cent/12 per cent slab would be more realistic), the tax rate on petrol will be 28 per cent (or even less at 18 per cent/12 per cent if they are put in any of these slabs). Against this, the current tax rate is a whopping 167 per cent (53.51/32.1x100)!

At present, the Centre collects over 20 per cent of its indirect tax revenue (ITR) from CED on petrol and diesel. States, too, get about 20 per cent of their ITR from VAT and other taxes on these fuels. Put together, their collection comes close to Rs 4,50,000 crore annually. In this backdrop, they will shudder at the very thought of reducing tax to a mere 1/6th/1/9th/1/14th of what they are collecting today.

The message is loud and clear. For lowering the burden of fuel taxes, the Centre and States need to put their heads to see how tax revenue from other sources can be boosted (there is huge untapped potential, including taxes evaded). If they don’t do that, there is no escape for consumers from having to pay high fuel prices perennially.