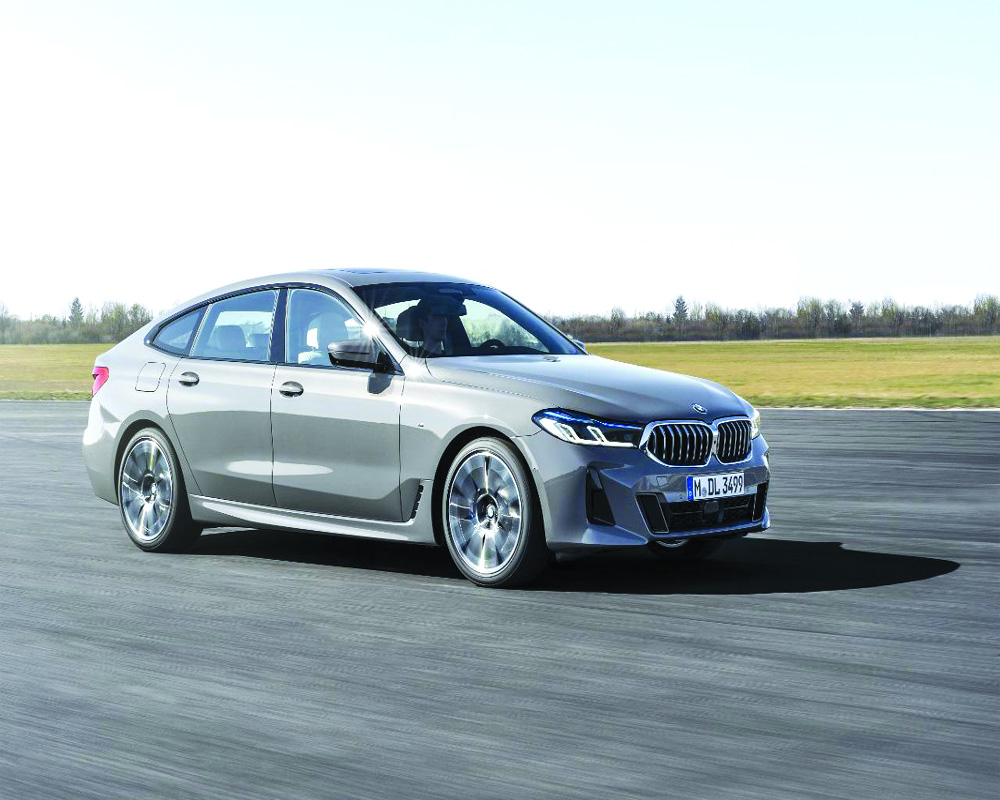 More than performance, BMW has always been on the ball when it comes to their infotainment system — the fabled iDrive

Recently, I got my hands on the refreshed BMW 6-series, it takes this very nice sportback sedan to another level of refinement. Driving it in the 630i M Sport trim is extremely engaging. I have always liked BMW’s two-litre turbocharged petrol engine with the 30i moniker and 250 horsepower. This particular one, running the longer-wheelbase variant of the 5-series platform, will go up against the recently refreshed E-Class sedan from Mercedes-Benz. Honestly, in this segment, the Mercedes wins out, not because it is the better vehicle but because of the badge value. The E-Class is the standard luxury sedan of choice for the companies and governments alike. It is the car, once you hit a certain age, that you want to be seen in.

But, as the title of this piece suggests, I have a preference for BMWs. While I am not alone among automotive writers here because other than a few dastardly misses with exterior design, they are all very engaging to drive, and we will not get into the madcap super-sedans that all the German companies put out. But sitting behind the wheel of the 6-series, I realised why I really enjoy driving a BMW even bumper-to-bumper traffic in the city. I love BMW’s ‘iDrive’ system, and one major reason is because it has been most consistent in terms of functionality among all the luxury car manufacturers. I experienced this system over a decade ago, there has been a consistency to the way it functions.

There has been no sudden dramatic change between generations of the iDrive system. Although it has come a long way from the very basic system that I first experienced on the E65 7-series years ago, the fact that the click-wheel, despite touchpads and touchscreens being added over the years, and the button layout on the centre console added in the third iteration of the system, remain the same. Of all the infotainment and car control systems of any manufacturer, I can find my way around the iDrive system just by feel. While it was called ‘iDrive’ because the ‘i’ was then in vogue, thanks to Apple. I must admit that the system, like iOS, has evolved without drama over the years.

On top of that, BMW’s integration with iOS is among the most comprehensive of any carmaker and over the years, they have taken out the kinks. For example, BMW was the first carmaker to have wireless connectivity for Apple CarPlay. And initially working one’s way through the menus to connect an iPhone through CarPlay could take a reasonable amount of time even if you knew your way around the system. On cars like the 6-series that run the eighth-generation iDrive system, it takes under 30 seconds. Honestly for the life of me I do not understand why other luxury carmakers haven’t done wireless connectivity as yet, particularly since every new iPhone or even mid-spec Chinese Android phone has wireless inductive charging and all cars come with a wireless changing bay.

There are many good reasons to choose a BMW, after all, they are great to drive like this 630i is. And while the large kidney grilles on some of the latest cars such as the X7 and the forthcoming 4-series may not be to your aesthetic choices (they do look better in real life than on the wide-angle handout photos), BMW’s iDrive system is strangely enough, becoming a top reason to choose the car, because just like the driving, it really does bring a smile to your face.