Why object to the farm laws?

Why object to the farm laws? 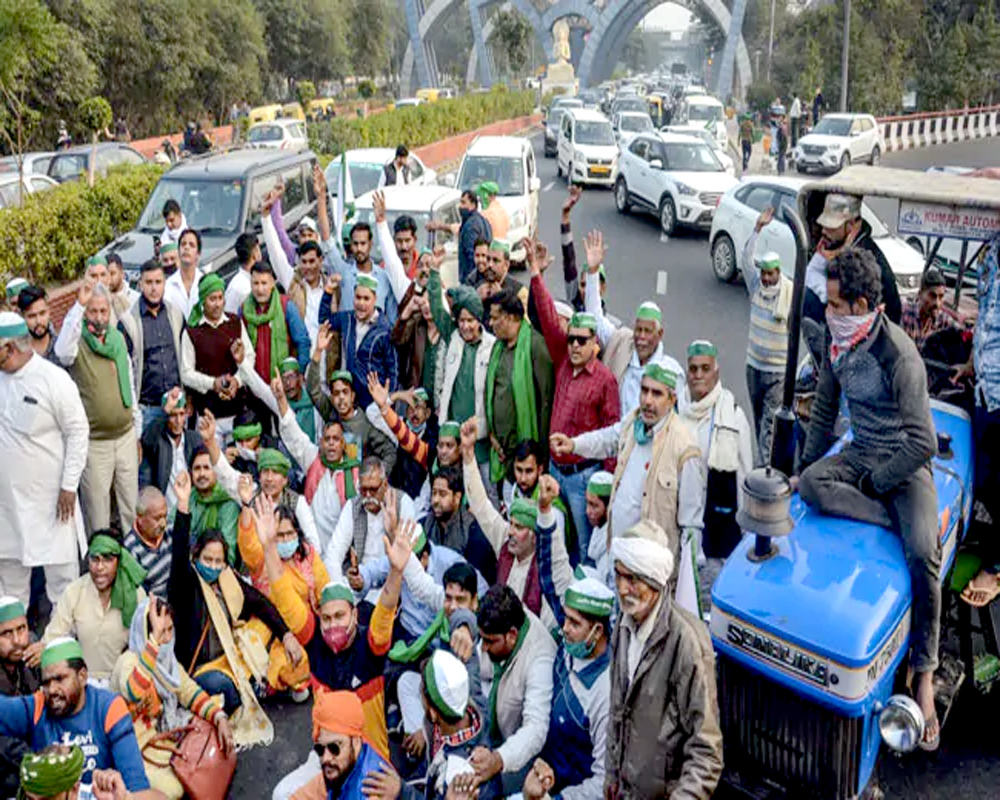 They free farmers and traders from archaic laws, lift the barrier on inter-State and intra-State trade and bring in healthy competition

A cold and detached assessment of the three farm laws will indicate that politics rather than logic is driving the opposition to these enactments, which seek to empower farmers and open up the markets while ensuring a safety net by way of continuing the minimum support price (MSP) system and the Agricultural Produce Market Committees (APMCs).

The first of these laws, The Farmers’ Produce Trade and Commerce (Promotion and Facilitation) Act, 2020, enables farmers to sell their produce outside the notified APMC yards.

Section 3 of this Act gives the farmer the freedom to carry on inter-State or intra-State trade, while Section 4(3) says every trader who transacts with farmers shall make the payment within three working days. The law enables the Government to develop a Price Information and Market Intelligence System for farmers’ produce and provides for a time-bound dispute redressal mechanism. Therefore, the grower gets the option to either stick to the APMC or look for markets outside.

It is difficult, therefore, to fathom the opposition to these provisions from farmers because the only ones hurt by this law are the commission agents and dalals, who are allegedly misleading the farmers and funding the agitation.

The second law is the Farmers (Empowerment and Protection) Agreement of Price Assurance and Farm Services Act, 2020, which gives farmers the right to enter into a contract with retailers, wholesalers and agribusiness firms, processors, wholesalers or exporters for the sale of future farming produce at a pre-agreed price.

Section 3(1) of the Act says the minimum period of the farming agreement should be one crop season or one production cycle of livestock with a maximum period of five years. The payment for farm produce should be on delivery but, for seed production, the buyer has to pay two-thirds of the agreed amount on delivery.

But the most important provision in the Bill relates to inalienability of farm land. It declares that no agreement shall be entered into for any transfer, including sale, lease and mortgage of the land or premises of the farmer. Here again, a dispute redressal mechanism is envisaged and provided for in Section 13(1).

The third law is the amendment to the Essential Commodities Act, 1955. The amendment says the supply of foodstuff, including cereals, pulses, potato, onions, edible oilseeds and oils, “may be regulated only under extraordinary circumstances which may include war, famine, extraordinary price rise and natural calamity of grave nature”. How can any farmer have any objection to this major initiative?

In short, the laws free the farmers and traders from archaic laws, lift the barrier on inter-State and intra-State trade, bring in competition so that farmers are no longer at the mercy of the  cloistered taluk-level market and are exposed to prevailing prices. In other words, market forces will take charge and mandis will become more competitive while the MSP system will continue. This liberates farmers from the stranglehold of the APMC and commission agents and cartels.

If there is any section of the population which should be worried about the consequences of the new farm laws, it should be the consumers. Now that the Government has amended the Essential Commodities Act and deprived itself of the right to intervene in respect of stocks and prices of some key essentials, the consumers will be at the mercy of market forces. How are the farmers affected?

Finally, a word about the UPA’s hypocrisy with regard to the laws. Since many Governments, including the ones run by the UPA and steered by the Congress for 10 years, have dabbled in farm law reforms over the last 20 years, their protests today sound hollow. The politician who has done the biggest somersault is the NCP’s Sharad Pawar. As the Union Minister for Agriculture in 2010, he strongly advocated amending the APMC Acts by the States to encourage the private sector to provide “alternative competitive marketing channels in the overall interest of farmers/producers and consumers…”.  He argued then that agriculture needs “well-functioning markets to drive growth” and the involvement of the private sector “is essential”. He also drew the attention of Chief Ministers to his earlier letters to them in 2005 and 2007 and to the draft APMC Rules formulated by his Ministry.

In November 2011, he returned to this subject and, in a letter to Madhya Pradesh Chief Minister Shivraj Singh Chouhan, reiterated that the agriculture sector needs well-functioning markets to drive inclusive growth and “the private sector needs to play an important role in this regard”. Pawar is now singing a different tune. He says the mandis will be affected and MSP is not guaranteed to farmers who sell to corporates. This is difficult to understand because farmers will never lose the option to sell to the Government at MSP.

Also, the contention that this has been suddenly thrust on the farmers is totally baseless. The opening up of the agriculture market has been in the air for 20 years. The Centre circulated a model Agriculture Marketing Act in 2017 and 11 States adopted it fully and six States, partially. Finally, the farmers of Punjab, Haryana and Western Uttar Pradesh have to realise that India comprises 28 States and eight Union Territories. Farmers in many States have expressed happiness over the new farm laws. Mere geographical proximity to Delhi cannot mean that they have the last word.