why shed tears for tax-dodging sector?

why shed tears for tax-dodging sector? 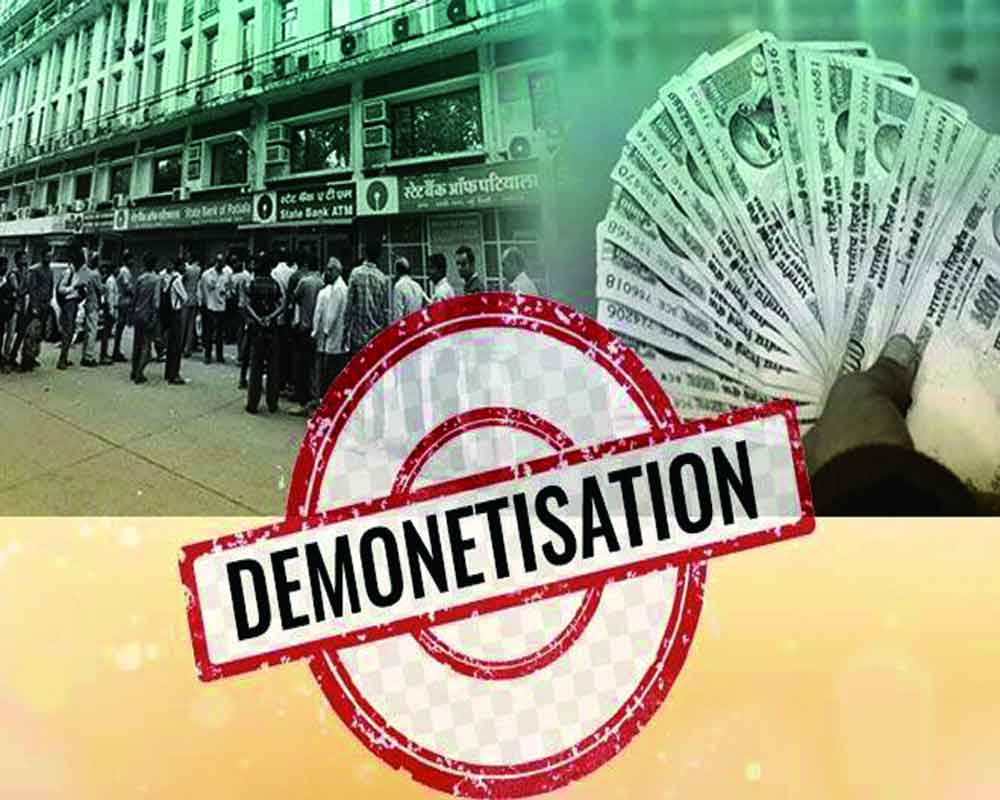 The anniversary of demonetisation has prompted several analysts to assess its impact and outcome in the last five years. There is little disagreement about the short-term disruption of economic activities in the cash-dependent informal sector but opinions about the disruption continuing are sharply divided. Here is an attempt to make sense of the debate with facts and figures. Fresh currency that has come out in circulation since 2016 is much more than the money deposited in bank accounts post-demonetisation of 1000/500 notes. According to latest data from the Reserve Bank of India, ‘Currency in Circulation’ increased from Rs 17.97 lakh crore on November 4, 2016 to Rs 29.89 lakh crore on 5th November, 2021. ‘Currency with the Public’ increased from Rs 17.01 lakh crore on Oct 28, 2016 to Rs 28.26 lakh crore on Oct 22, 2021. (‘Currency with public’ is arrived at after deducting cash with banks from total currency in circulation.) Cash with public has shot up 211 per cent from Rs 9.11 lakh crore since November 25, 2016. In value terms, the share of Rs 500 and Rs 2,000 banknotes together accounted for 85.7 per cent of the total value of banknotes in circulation as on March 31, 2021, as against 83.4 per cent as on March 31, 2020. Printing of Rs 2,000 notes has stopped in 2018-19.

If cash is back and has increased from Rs 18 lakh crore to Rs 30 lakh crore then who is holding this cash? During Demo, banks would have given back money to the person who brought it to them. So, whosoever offered cash got it back. Many people acted as cash mules for others so they must have got a cut in illegal note swap. The net result is that most people have got their money back while some poorer people would have got even extra income in the process. GST subsumes excise duty, sales tax, VAT, Service Tax etc. There were about 72 lakh registered tax payers in pre-GST regime under the taxes subsumed in GST but now GST has about 132 lakh registered tax payers despite change in registration norms leaving many earlier registered being exempt from GST registration. As many as 76.61 crore returns have been filed. So obviously many erstwhile informal sector producers and service providers are now formalised. This formal economy is producing everything that is needed by all consumers whether in formal or informal sector. So, if GST is picking up, it shows consumer demand picking up across all segments of consumers. As the GST registration data shows, formal sector is getting bigger, acquiring scale, acquiring market share and becoming richer. This is undeniable and desirable. This is incentive for formalisation. Why have grudge against it? All informal sector producers and service producers have standing invitation to resort to digital payments, build their sales profile, access formal credit from banks and digital lending startups, pay taxes and be counted as formal. A large segment of the informal sector can remain legitimately out of tax net because of exemption limits. If they are still dependent on cash, the only adverse inference is that they want to remain within exemption limits by resorting to cash sales. Any adverse plight of informal sector producers is the combined and cumulative effect of measures against tax Dodgers including Demo and GST. Once we accept black money as tax-evaded income, we would not shed tears for cash sale dependent, tax-dodging informal sector producers.

(The writer is former Special Secretary, Ministry of Commerce and Industry. The views expressed are personal.)