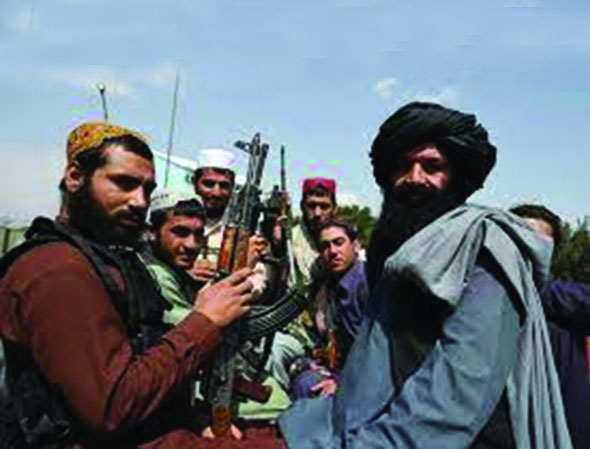 The Taliban are making it difficult for the world community to recognise their interim Government in Afghanistan. Their fresh diktat against women being the latest reason. They have a Ministry that seeks to regulate and control the lives of Afghan women – Ministry for the Propagation of Virtue and the Prevention of Vice. The Ministry has banned women from appearing in television dramas and entertainment shows. Women news presenters have to wear headscarves. These are part of the eight directives in the first tranche of restrictions imposed on the media. Films in opposition to Islamic law and “Afghan values” cannot be broadcast. Foreign films that promote “foreign values” are banned. Comedy shows cannot insult anybody. Shows depicting the "prophets and companions" are disallowed. Cynics would say the people have escaped with only a few restrictions because last time the Taliban were around, they had totally banned television and other forms of media. However, it is the Taliban’s attitude to women that needs to be repeatedly highlighted. However much they profess to have moderated and modernised themselves, it is sadly true that at their core, they have not changed a bit since their rein between 1996-2001. That it is the Ministry on virtue and vice that deals with women’s issues is a dead giveaway. Is that why the Taliban also did not find the need for a minister for women and child welfare?

It was only three months ago, on August 17, two days after the Taliban grabbed power, that Beheshta Arghand became the first-ever female television host to conduct a sit-in interview with a Taliban leader. There would be no second time as the Taliban’s moderate make-up wore off fast. Women employees in the private and public sectors have since been asked to go home. Women-oriented jobs are under review. Girls were told they could attend segregated classes in universities. Some women, used to relative freedom in the last two decades, tried to protest but they were beaten and even whipped by Taliban enforcers. Contrary to the Taliban assurances that women’s rights would be respected, women are being increasingly left out of the public sphere. The world should know that women would be worse off in the rural areas where the Taliban fighters and tribal heads hold sway and who alone have decided for decades how women ought to live. Many of the far-flung provinces have different rules for women depending on how radical the local Taliban chiefs are. Women’s groups want the international community to leverage financial aid to Afghanistan to improve the women’s lot. But that is a Catch-22 situation because the lack of aid can lead to mass hunger and deaths in the country. The United Nations has collected over $600 million as distress aid. With the onset of winter, the supply of food and medicine is crucial. Ironically, most of the aid workers are women and one wonders if the Taliban have anything to say about that.