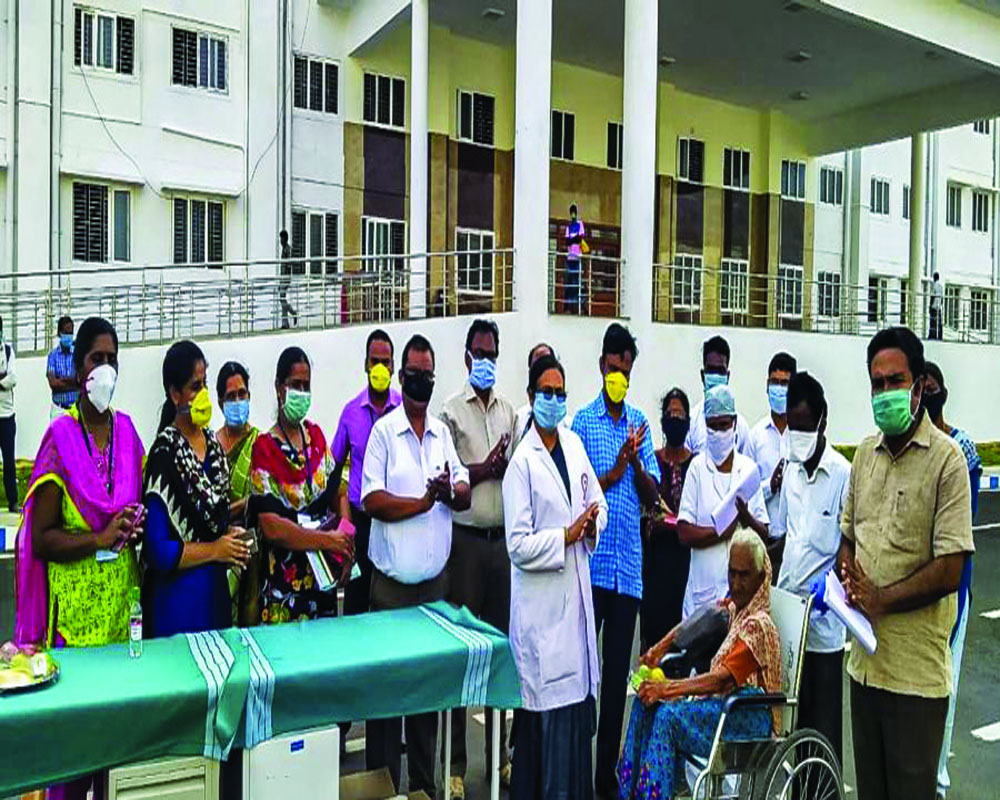 As the World Health Day 2021 is being observed, the World Health Organisation (WHO) called for building a fairer and healthier world, as the COVID-19 pandemic has exposed the stark reality that ‘our world is an unequal one’. The pandemic has hit all countries hard, but its impact has been the harshest on those communities which were already vulnerable, who are more exposed to diseases, less likely to have access to quality healthcare services and more likely to experience adverse consequences as a result of measures implemented to contain the pandemic.

Now, has the “gender difference” in this “unfair world” acted as an impediment to women in enjoying the standards of health on a par with that of men? Perhaps, yes! According to the WHO, women face systemic marginalisation and are confronted with attitudinal and environmental barriers.

The gender norms determine life opportunities, health, well-being of an individual but gender parity in global health decision-making is more than a half century away, stated the Global Health 50/50’s, 2020 Report. Women, despite shouldering the prime responsibilities as healthcare givers, found themselves at the lower rung of the leadership, being only 22 per cent on Fortune 500 healthcare executive teams and boards since 2015. In such an unequal world, the UN Women has urged for taking gender into consideration in the current health and socio-economic recovery process.

Now, with regard to the pandemic’s disease burden, the early analysis of the fatality rate indicated that it was higher among men and lesser mortality among women has been attributed to biological factors. Surprisingly, India witnessed a differential trend, registering a higher fatality rate for women (3.3 per cent) as compared to men (2·9 per cent). A recent study analysed that the divergent trend could be due to the “women’s lesser access to testing, health services and hospitals and over reliance on hospital-level data”, since the previous India-specific studies showed “acute gender gap in availing health benefits and women having lower chances of hospital admission than men”.

In the year 2020, the world celebrated the 25th anniversary of the Beijing Declaration, which proclaimed sexual and reproductive rights and safe motherhood as basic human rights. Nevertheless, the Millennium Development Goals (MDGs)  (1990-2015) target of reducing the maternal mortality ratio (MMR) by 75 per cent remains unreached as only a decline of 44 per cent has been registered. Now, a new goal of bringing it down to less than 70 per 1,00,000 live births by 2030 has been set under the Sustainable Development Goals (SDGs).  Sadly, worldwide 14 per cent of all maternal deaths still occur due to unsafe abortions and in 2017 about 810 women died every day of preventable pregnancy and childbirth-related causes and 20 per cent of them are from India, says the United Nations International Children’s Emergency Fund (UNICEF).

India, at the turn of the millennium, launched a number of targeted Sexual and Reproductive Health (SRH) interventions, which helped in reducing the MMR from 122 in 2015-17 to 113 in 2016-18 and raised the rate of institutional deliveries from 18 per cent in 2005 to 79 per cent in 2016. Nonetheless, field studies revealed that the distribution of maternal healthcare services was iniquitous, benefitting 95 per cent of the economically well-off households, as against 59 per cent from the worse-off households.

Safe motherhood stands as a big challenge in India because of large-scale prevalence of anaemia among women, 53.1 per cent for non-pregnant and 50.3 per cent in case of pregnant women (as per National Family Health Survey NFHS-4). Among the India’s about 189.2 million undernourished people, a majority are women and children. The survival of a girl is also fraught with many challenges and a girl child is likely to survive only in five out of 29 States (Sample Registration System (SRS), 2017). The Beti Bachao Beti Padhao (BBBP) programme, during the past six years, could make only marginal improvements, in enhancing the sex ratio at birth (SRB) from 918 in 2014-15 to 934 in 2019-20. Though women’s average life expectancy at birth recorded an upward turn in 2018, a significant improvement from the past decade, yet, it grew at a much slower pace compared to men (SRS, 2019). The recently passed Medical Termination of Pregnancy (MTP) Amendment Bill, 2020, has been dubbed by many as an effort to “control women’s reproductive and sexual rights” and “smacks of patriarchal biases”.

In the face of a shift in epidemiological disease burden from communicable diseases (CDs) to non-communicable diseases (NCDs), women’s mortality due to NCDs registered a significant increase from 38 per cent to 60 per cent, from1990 - 2013. In India, heart attacks, stroke and respiratory diseases have become the top seven out of 10 causes of women’s mortality with an overall prevalence rate of 62 per 1,000 women and 36 per 1,000 men. Though Indian women suffer from a greater disease burden, yet the common perception prevails that  the NCDs are the “diseases of men”. Such myths stand in the way of women receiving the appropriate drug therapy, diagnostic or therapeutic procedures.

The issues concerning mental illnesses among women, as one among the NCDs, received scant attention till the WHO in 2017 apprised that women had a morbidity rate of 13.3 per cent, as against 12.6 per cent in men. Indian women have been found to be two-three times at greater risk of being affected from depression, phobic anxiety disorders and obsessive compulsive disorders. The National Mental Health Survey (NMHS) 2015-16,found that such mental ailments are related to gender-specific risk factors like gender-based violence, socio-economic disadvantage and unremitting responsibility for the care of others. Due to the stigma attached to such illnesses, there is hardly any sex-specific data, while,housewives were found to be the largest demographic group amongst suicide deaths, consistently about 20 per cent for the last 25 years as per the data by the National Crime Records Bureau (NCRB).

As is being said, crises affect women and girls disproportionately; in the COVID-19 pandemic also, they lived through harrowing experiences for a variety of reasons like increased care work, domestic violence, lack of access to health services, food insecurity, job losses et al. CARE International, in a first-of-its-kind research in nearly 40 countries, found that 27 per cent of women reported an increase in mental illnesses — compared to only 10 per cent of men. Also, 41 per cent of women and 30 per cent of men have reported not having enough food.

The World Food Programme forewarned that women are likely to bear the major burden of hunger, as 60 per cent of the hungry people in the world are women and girls, while the 2020 Global Nutrition Report appealed to nations in addressing the inequity in the access to food to end malnutrition.

The United Nations Population Fund’s estimation of around seven million unwanted pregnancies globally, and a little over two million in India alone, is likely to create adverse repercussions on women’s physical and mental wellbeing. As the health of women and girls determines the global prosperity and welfare, the healthcare systems around the world must heed their specific needs, and allow them to sit across the table as decision-makers.

The writer is a retired IIS officer and media educator. The views expressed are personal.