World Philosophy Day: Must be a good reason

World Philosophy Day: Must be a good reason 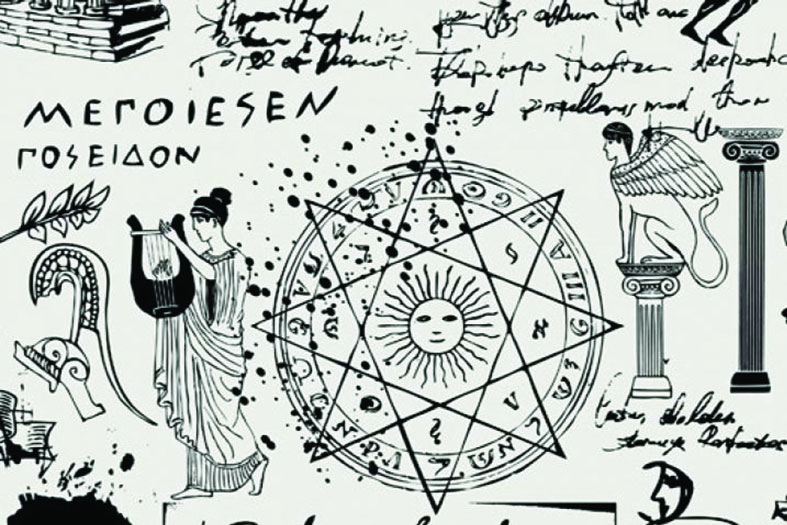 Philosophy aims to further our knowledge, advance our reasoning abilities, explore our possible future as a species and stimulate the thinking capacity

It Is nearly two decades since World Philosophy Day was established. Mostly, it is a day celebrated by philosophy departments, philosophy journals and publishers, and humanities scholars. Some of them organise outreach events on this day, the third Thursday of November (as formalised by the UNESCO) to share some of the core values in the modern academic discipline known as philosophy with the general public, especially the young who may have had very little exposure to it.

There is a central faith in philosophy which is that the life preserving apparatus within us is evolving steadily towards a better and wider understanding of the possibilities in our universe. This is not a far-fetched belief at all.

Many of today’s designers and testers of intercontinental missiles may not have reflected on how ancient communities developed archery to obtain food and to discourage raiders. It is quite sophisticated to speak of vibrations and String Theory in the 21st century, but for users of mere sticks and spears to use a narrow strip of hide as a bowstring to launch a sharp shaft was a leap of imagination. Very likely, it was discovered in play by children and adapted by an astute adult observer. So do not lose sight of whatever it is your kids are engrossed in!

As with many other lofty achievements and ambitious dreams of humankind, Philosophy too has particularly simple origins. And in the way that school physics teaches us how an arrow could fly by informing us about kinematics, deformation due to strain, velocity, the parabola, and the law of gravitational attraction - it is possible to outline in a classroom setting, the methods by which human thinking can soar.

We initially develop our reasoning abilities because the right conclusions can prove extremely advantageous or even save our lives. A freshly killed prey is a sign that the predator is still in the vicinity. The size of the prey is an indicator of how dangerous its attacker. A question, whether and how soon hyenas will arrive, could arise depending on one’s knowledge of the territory.

To interpret phenomena and respond accordingly is part of our nature. Realising the value of accruing information, we became voracious information-gatherers even tens of thousands of years before we started compiling encyclopedias.

Just as the application of fire, and the newly introduced flavour of salt transformed the process of food preparation and made meals safer and tastier, and even thereby improved the quality of dinner conversation (!), the continued development of language and activity specialisation (weapon maker, hunter, peeler, berry collector) within the herd led to the acquisition and sharing of a lot more knowledge.

The first thing we learn to ask is really not questions, but for guidance. As parents cautioned kids not to chew some berries and leaves, or to keep their distance from particular insects, the young learnt to point or name things and ask for a Y/N or OK/Not OK response from the group elders. Thus, the first 24*7 assistance came into existence to advise instantly on basic safety.

This led to the first ‘What’ and ‘Where’ questions, what animal or tree did you see, and where was it? These queries pertained to information for immediate or future use. Memory came to develop as every member had a larger information base, and each following generation received more inputs from the start than the earlier. The origins of the ‘Who’ question are easier to figure out, but a lot more thinking will be needed to account for how the others viz. ‘When’, ‘How’ and ‘Why’ which lead us to more complex ideas and principles came into human language and regular thinking.

To reflect on philosophy is to take a dip in a river instead of having a shower at home. A refreshing experience with greater openness. We connect with the water that descends to the plains from the mountains instead of availing it from a domestic fitting. Our thinking relates directly to the elements in a situation in place of being conditioned by household arrangements, equations, and traditions. It draws deeper and directly from the planet, and from multiple founts of yore.

Philosophy aims to further our knowledge, to advance our reasoning abilities, to explore our possible futures as a species, and to stimulate the thinking capacity in whosoever possible. It encourages the use of methods like framing a few likely hypotheses, considering the evidence or lack thereof for each of them, and the assigning of a level of confidence to a given statement that describes a state of affairs. It is impartial like math, medicinal like botany, retrieves from the ancient past like archaeology, loves breadth like cosmology and astrophysics, is revelatory like religion, and enterprising like quantum physics.

Can gaining experience in the use of philosophical methods be compared with learning to play a musical instrument? What generally happens is that we rarely pick up an instrument in a shop through our own impulse or prior decision.

Typically, it is an instrument we have seen and heard a lot and there is someone nearby to help us learn it. The particular instrument could demand manual accuracy or lung power or shoulder strength or lightness of touch, and so could specially suit our physical makeup. It has its own lineage of performers and composers. What matters is not all the gossip about musical history, the brands of manufacturers, the names of concert venues, or reports of album sale figures. At the core of it, there is a proficiency to be reached through sincere pursuit and practice, and to relate to the arranged sound in a deep way through an attentive unity of playing and listening. Musicians can relate to each other transcending their geography, culture, instrument, and musical tradition.

In so far as the developmental process goes, in philosophy too, a similar beginning is made. At one level, there is an identification with a broad approach or an ancient or modern tradition. A lot of name-dropping ensues and controversies are brought up for taking sides. What really matters though is the recreation of the spirit of a beautiful piece of intellectual heritage so it can add to the quality of life in the present. Or a compelling revision and diligent updating of a dominant paradigm so that it can benefit many more in society or pave the way for a greater addition of new knowledge.

Philosophy is often taken to be about discord because there are contentions, counter-arguments and often vehement exchanges. Above the clamour, it is possible to realise that it can and does foster concord. In a sense, its function in nature is to maximise meaning.

(The writer is a creative director, advertising faculty, and an amateur epistemologist.The views expressed are personal.)