'Chandigarh Kare Aashiqui': Crackling chemistry in this rom-com with a twist

'Chandigarh Kare Aashiqui': Crackling chemistry in this rom-com with a twist 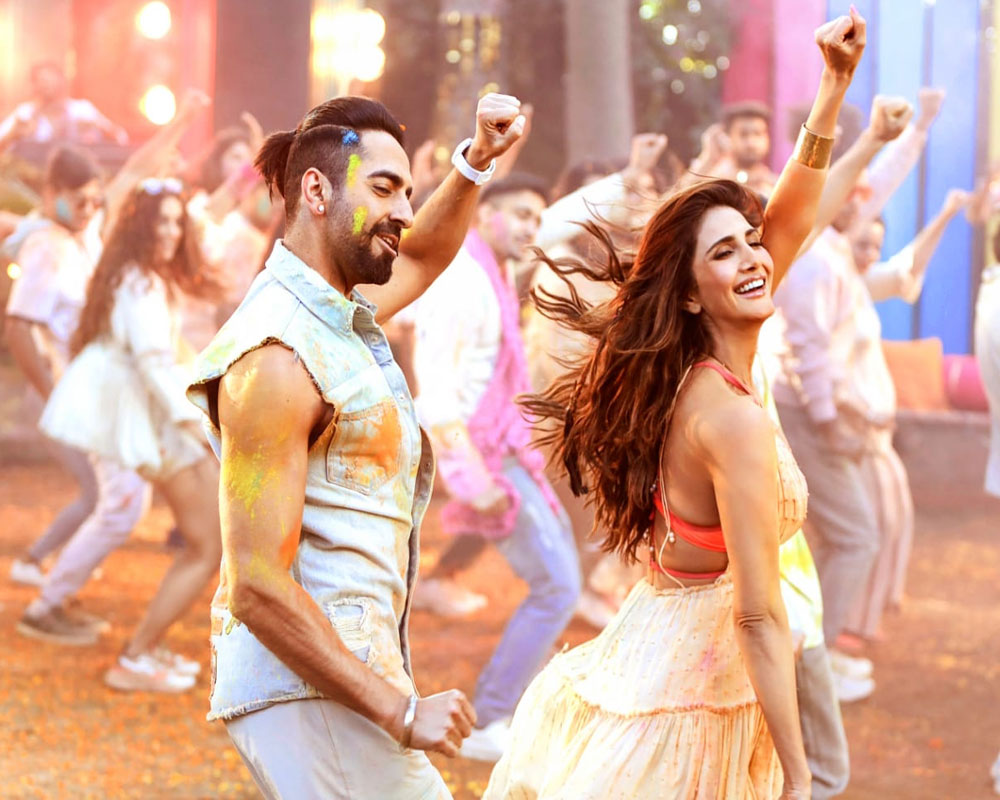 
Garbed in gloss and glamour, 'Chandigarh Kare Aashiqui' is a well-meaning film with good intentions at its core, but somewhere along the line, the message gets lost, and the film fails to make an impact.

Manvinder Munjal aka Manu (Ayushmann Khurrana) is a typical Punjabi lad from a middle-class business family in Chandigarh. He is a body-builder and gym trainer.

Manu's entire life revolves around bodybuilding, his aim being to win the 'Best Gabru of Chandigarh' title, which has forever been eluding him, making him play second fiddle to Sandy, owner of another gym. His family does not support him and his goals and keeps pressuring him to get married.

Maanvi (Vaani Kapoor), a stunning-to-look-at instructor, joins his gym to take Zumba classes, and the inevitable happens. The physical attraction between the two is strong, and soon, the duo gets comfortable with each other.

As their relationship progresses, Maanvi drops a bombshell and is accused of deceit and concealing facts. An enraged Manu breaks up with her.

How he overcomes the social barriers ingrained in his psyche and allows his love for her to take over, and motivated by her, wins the coveted title, forms the crux of the film.

On the performance front, while Ayushmann Khurrana looks every inch the 'gabru' lad from Chandigarh, with 'dolle-sholle', et al, a coterie of friends in tow always driving around in an open jeep, somewhere, he lacks conviction and merely walks through his role. Except in the competition and gym scenes, where he gets to show off his well-sculpted body, he is a tad disappointing.

Vaani Kapoor's Maanvi grows on you as her inner turmoil and past are revealed, and the audience connects with her pain.

Other actors, including Kanwaljit Singh, who plays Maanvi's father, and Anjan Shrivastav as Manu's grandfather, are wasted and fail to wow you with their performances. Manu's loud and boisterous sisters overact and are anything but humorous.

Created on a rom-com template, the film entertains in parts. The first half fails to engage you as you wait for that big moment, which arrives a tad too late and is a bit of a damp squib.

The sensitive message, which the film strives to convey, is not handled as well as it could have been. By the end, it almost feels as if with all the boxes having been ticked by the director, he is in a hurry to wrap up the film with an 'all's well that ends well' stamp.

The dialogues are replete with the local Punjabi flavour and even crass in parts. The music is nothing to write home about, and it is only 'Mainu maafi de de maafi' that is well-picturised and melodious.

The film boasts of good production values, and Chandigarh at various times of the day or night is captured with honesty.

Overall, the 'aashqui' flavour in 'Chandigarh Kare Aashiqui' dominates, and the message takes a backseat, almost getting lost.