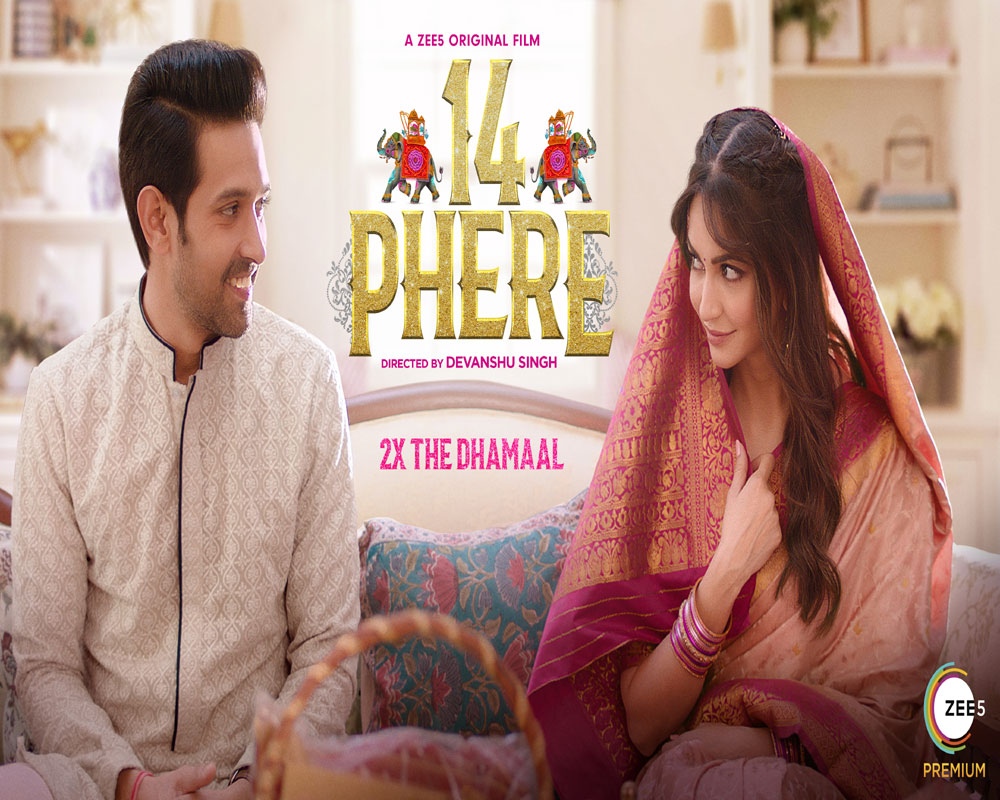 It’s raining comedies on ZEE5! That’s right, the streaming giant is all set to present its audience with yet another comedy film, this time a social comedy, titled 14 Phere. As the name suggests, the film is based on the concept of marriages but has a contemporary twist of its own. It strays from the typical marriage concept in India and brings forth a never-seen-before side! Featuring new age actors Vikrant Massey and Kriti Kharbanda in the lead roles, 14 Phere is helmed by Devanshu Singh and produced by Zee Studios.

14 Phere actor Vikrant Massey rose to fame with television shows, and soon became a popular face in Bollywood. Now, he is ready to take on the digital world as well.

He has already done a web series with ZEE5 titled Broken But Beautiful, in which he played Veer’s role. Fans loved his performance in the web series immensely and cannot wait to see him in 14 Phere. Massey took to social media to announce his role as Sanjay in the upcoming social comedy. He wrote, “Jitna dugna hoga dhamaal utna hi dugna hoga bavaal. Yeh #14Phere waali shaadi hogi bemisaal!” Fans obviously could not contain their excitement and quickly flooded the comment section with messages of appreciation.

While speaking with a leading daily, he said that the upcoming film is “made for the Indian heartland filled with drama, comedy, quirkiness and a lot more.” “It will definitely be a great watch for families. It is highly relatable, and I hope the viewers thoroughly enjoy themselves when it premieres on ZEE5,” he added.

14 Phere star Kriti Kharbanda started her career with the South Indian film industry but soon established her prominence in Bollywood as well. Her last project, a ZEE5 original titled Taish, was a big time hit and fans loved her performance in the thriller. They cannot wait to see her groundbreaking performance as Aditi in 14 Phere.

As per the daily, she said in a statement, "I remember the first time I read the script of 14 Phere. It was everything I was looking for. Drama, emotion, relatability and a strong character. Aditi has become a part of my personality in more ways than one. I can’t wait for the audiences to watch the story unfold on Zee5. Imagine the drama and chaos of a typical Indian wedding, and then multiply that by two! The viewers are surely in for a joyride."

Where to watch 14 Phere?

14 Phere is all set to premiere on 23 July 2021, only on ZEE5. It also features Gauahar Khan, Vineet Kumar, Vinay Pathak in other pivotal roles. Don’t forget to tune into ZEE5 to catch the film!

Simply pick your ZEE5 annual subscription that costs only Rs. 499 and enjoy various other movies and web series along with 14 Phere.