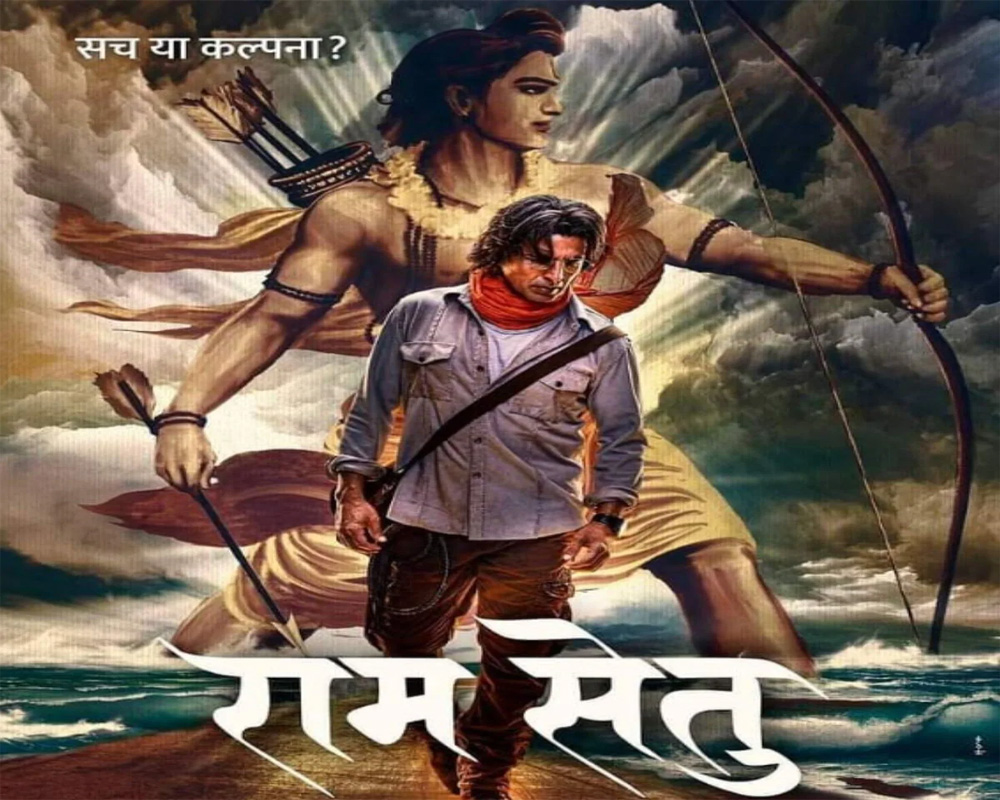 Actor Akshay Kumar will be heading to Ayodhya soon for the mahurat shot of his upcoming film "Ram Setu".

The actor will reach Ayodhya on March 18 along with the film's director Abhishek Sharma and creative producer Dr. Chandraprakash Dwivedi. It was the Dwivedi who came up with the idea of shooting the mahurat shot at Ayodhya,

"What better way to embark upon the journey of ‘Ram Setu' than to kick-off at the very birth place of Lord Ram. Having visited Ayodhya several times myself, I suggested to Akshay and the team that we should launch the production schedule with blessings from the holy temple of Lord Ram. We are scheduled to hold our mahurat shot in Ayodhya and commence our filming on an auspicious note," says Dwivedi.

The film also stars actresses Jacqueline Fernandez and Nushrratt Bharuccha. Talking about their roles in the film, the director says: "They both play strong, independent women with well-etched out parts. We are keeping their looks under wraps for now!"

Meanwhile, Sharma adds that Akshay came on board with the film almost instantly.

"I first read newspaper coverage about a court case related to a project to build a shipping canal in the shallow straits between India and Sri Lanka and the issues that the project was facing. I found this to be an opportunity to explore the truth behind an Indian legend and was amazed at the magnitude of the subject. It's like I was being presented with the possibility to bring forward a true story that would connect generations of Indians to a part of our heritage that was not getting the attention it deserved. I pitched the first draft of the screenplay to Akshay sir and he immediately came on-board," says Sharma.

The film will be shot at multiple locations while 80 per cent of it will be based in Mumbai.

Producer Vikram Malhotra says that all Covid protocols are in place for the shoot.

"For ‘Ram Setu', there will be strict protocols in place, including travel and stay bio-bubbles, frequent health checks and a professional agency on-board to manage these protocols all through. Given the complexity of the story and ensuing locations, VFX etc, the production will be spread across multiple schedules over the next few months," he says.