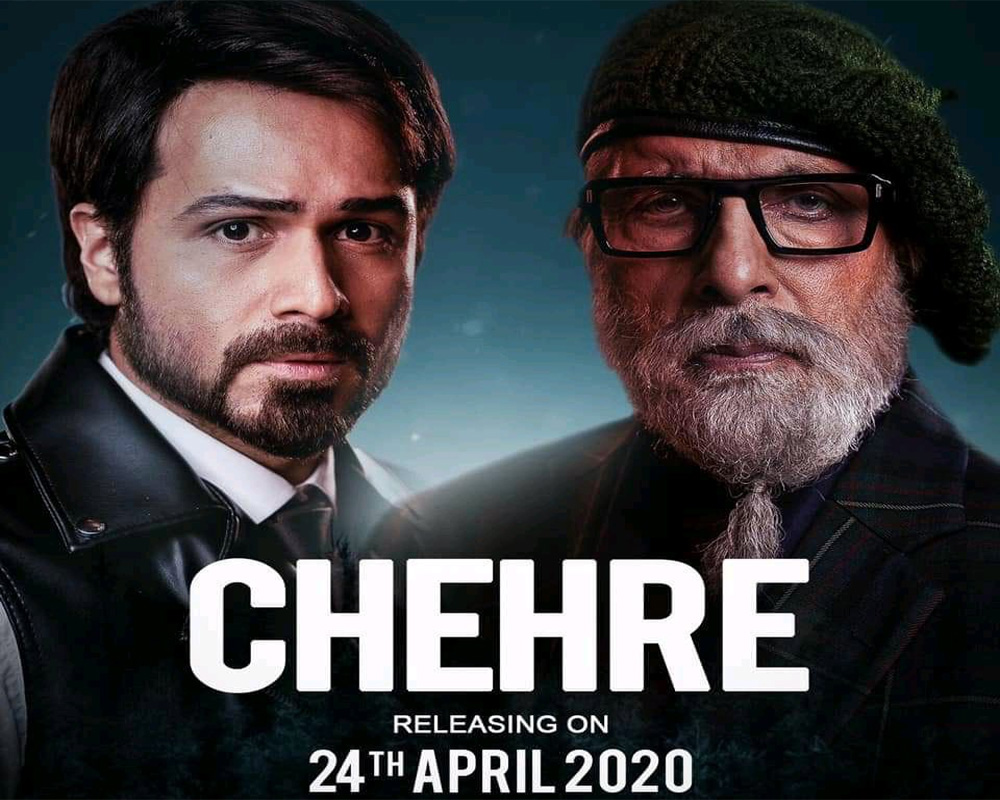 Megastar Amitabh Bachchan and actor Emraan Hashmi-led mystery thriller "Chehre" is set to have a theatrical release on April 30.

Bachchan and Hashmi took to Instagram and shared the first look as well as the release date of the film.

"Uncover the real 'Chehre'. The much-awaited mystery-thriller in theatres on April 30," both the actors captioned their post.

The film was earlier scheduled to release in July 2020 but was pushed due to the coronavirus pandemic.

"Chehre" will be Bachchan's first release of 2021. He will follow it up with "Sairat" director Nagraj Popatrao Manjule's "Jhund", due to come out on June 18.

Hashmi, meanwhile, will be next seen in Sanjay Gupta's gangster-drama "Mumbai Saga", scheduled to open theatrically on March 19.