Badshah: Only wanted Jacqueline to be part of 'Paani Paani'

Badshah: Only wanted Jacqueline to be part of 'Paani Paani' 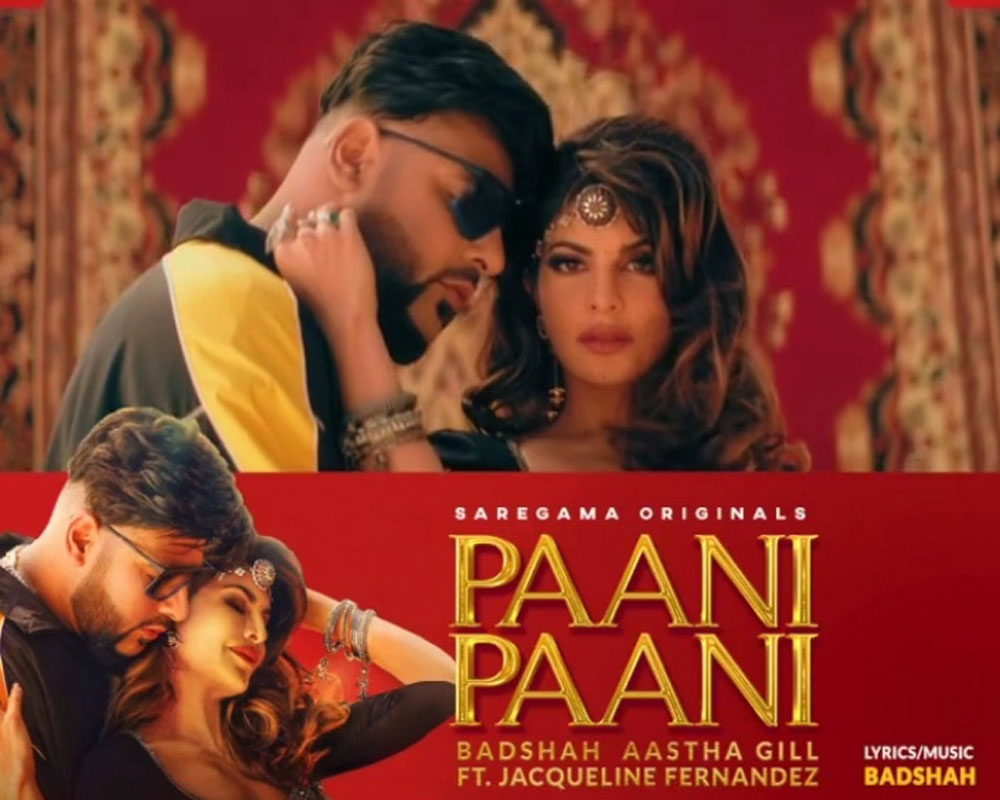 Popular rapper Badshah says he only wanted Bollywood actress Jacqueline Fernandez to be a part of his latest track Paani Paani.

Talking about the song, Badshah, who previously collaborated with the actress in the song "Genda Phool", said: "The process of making Paani Paani and shooting it was a beautiful journey.

"When Aastha (Gill) and I recorded the song, we knew that we had something unique in our hands and I only wanted Jacqueline to be a part of it."

The song is set in the city of Jaisalmer. The peppy track has been written and composed by Badshah and sung by both Badshah and Aastha Gill.

He added: "We shot it in the beautiful desert landscape and the video looks stunning. The sound of the song is different -- we have used folk instruments, and (a) local dance form that gives this a fresh look and feel."

Talking about featuring in the number, Jacqueline said: "When Badshah reached out to me for Paani Paani, I instantly said yes because I was sure that this was going to be a banger of a track."

The actress shared that she loves her distinct looks in the song.

"We shot amongst a starkly stunning desert landscape and the result is a stunning music video," Jacqueline said.

Having collaborated with Badshah for multiple chartbusters, Aastha said that she has always looked forward to collaborating with the rapper and called "Paani Paani" as one of their best works.

She added: "Badshah, Jacqueline, and I had a great time shooting this song. I am eagerly waiting for everyone to see this song and look at the hard work we have put in this peppy number!"