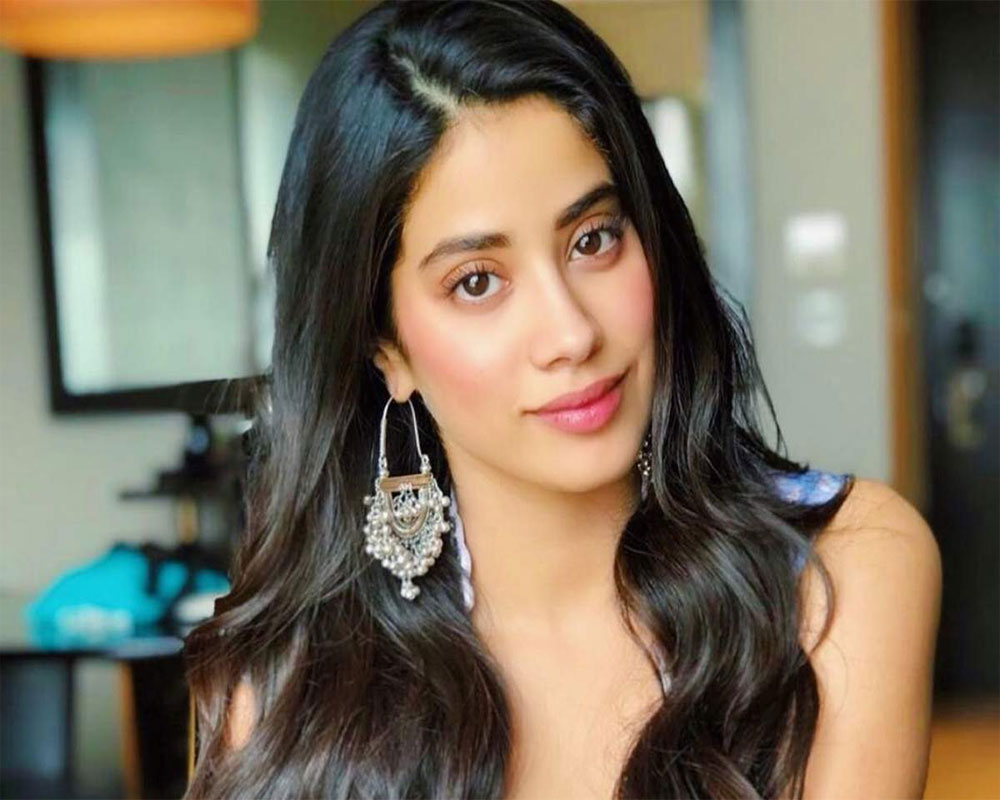 Janhvi Kapoor has announced that she has finished shooting for her upcoming movie "Good Luck Jerry".

The film, written by Pankaj Matta and directed by Sidharth Sengupta, is reportedly a remake of 2018 Tamil black-comedy "Kolamavu Kokila", which featured actor Nayanthara in the lead.

Taking to Instagram on Friday evening, Janhvi penned an emotional note as she announced that the film has wrapped up shooting.

The 24-year-old actor said there has been a lot of learning and unlearning during the course of filming, which has helped her evolve.

"I can't believe it's a film wrap. So many things have happened, changed, evolved, been learnt and unlearnt during the course of and because of this shoot.

"But through all of it I used to be so excited to come to set and see all these faces and trouble them and laugh with them and work tirelessly and unitedly to create something that was exciting all of us," she captioned the post, alongside a series of photos from the sets of the film.

Janhvi had started filming for "Good Luck Jerry" in January this year.

The same month, the movie's shooting was disrupted for a brief period twice in Punjab's Patiala district and Fatehgarh Sahib district after a group of farmers demanded a statement from the actor in support of their protest against the three agrarian reform laws.

Presented by Subaskaran and Rai," Good Luck Jerry" is a Colour Yellow Production with LYCA Productions, in association with Sundial Entertainment.