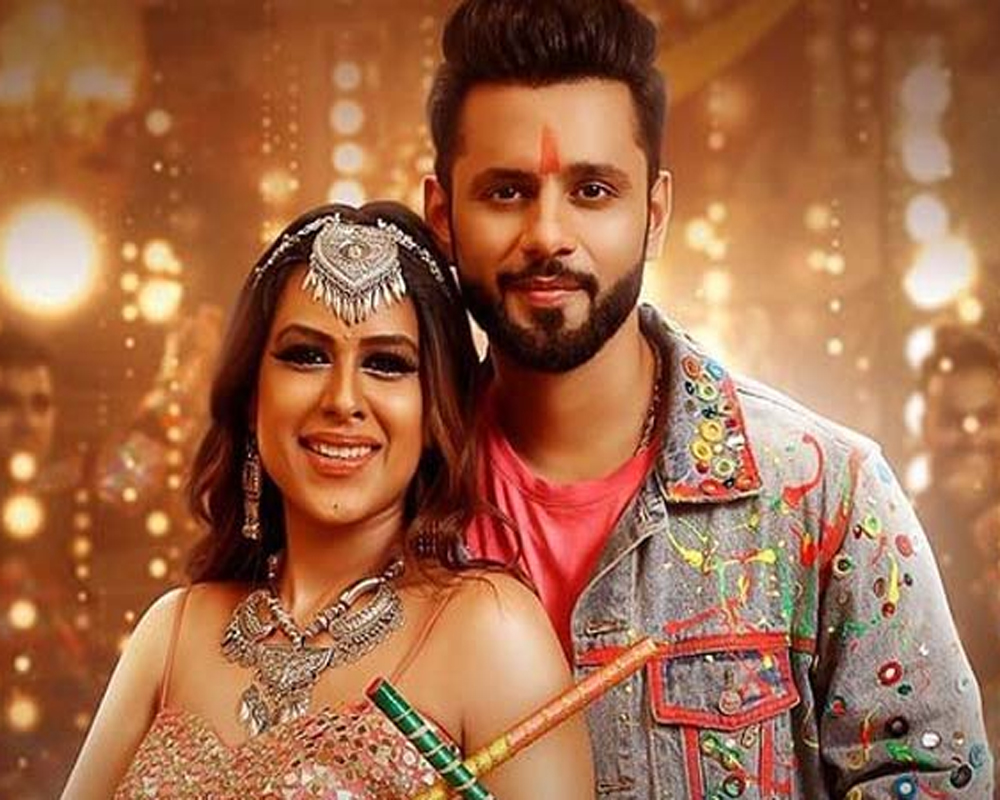 After some really entertaining acts, Sanket Bhosale in his 'Sanjay Dutt' avatar took over the stage and kickstarted his 'Baba Ka Darbar' chat show with Farah Khan and Anu Malik being his special guests. Midway through the act, Rahul and Nia also made a surprising entry and made everyone dance on their new song - 'Garbe Ki Raat'. The duo along with Sanket and Anu Malik also danced on 'Aaila Re' as well.

Talking about her experience on the show, Nia Sharma mentioned: "It was a short and sweet visit, but we had a great time promoting our song with 'Baba' - Sanket Bhosle, who was fantastic, and Farah Ma'am, who is the sweetest. Navratri is going on and the trend of music videos is on the rise, and I got the chance to dress up, so I had a great time making 'Garbe Ki Raat' and promoting it on 'Zee Comedy Show'."

Anu Malik added: "Farah and I are having deja vu as Rahul started his journey in front of us and from there till here, when he is sitting beside me and promoting his song, his journey has been commendable. He is one of the nicest and most talented human beings that I've ever met, and I really wish him all the best in his career and for 'Garbe Ki Raat'."